*When I get the attached window for “plugins (extensions) for an update”, is it just a reminder that I can update those plugins or can I update them from there?
Thank you.

Here is the attachment 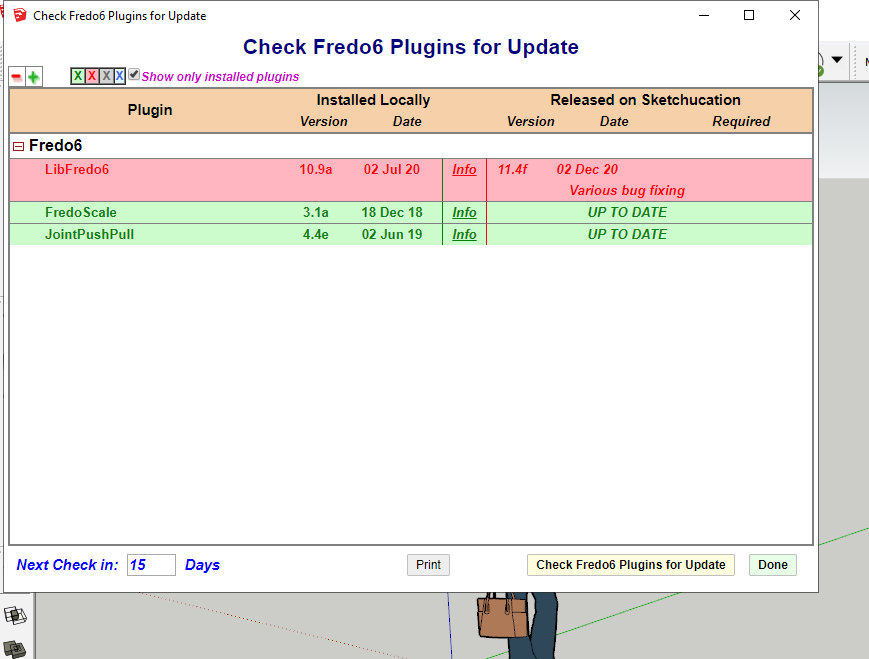 Since Fredo6 just released updates for a bunch of his extensions as well as for LibFredo6 I thought I would post this. If you have the Sketchucation Extension Store tool installed AND you’ve used it to install extensions from Sketchucation, one of the cool features is the notice that there are extensions to update and the ability to update them in one swell foop. Here I’ve opened the Extension Store panel and I see there are 6 extensions that have newer releases than the ones I have installed. …