Yeah. I’m not seeing any problems in the file you uploaded.

I did note a little incorrect tag usage–possibly from 3D Warehouse components–and a bunch of unused stuff in your model. 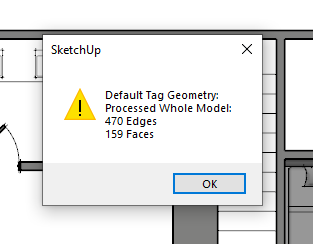 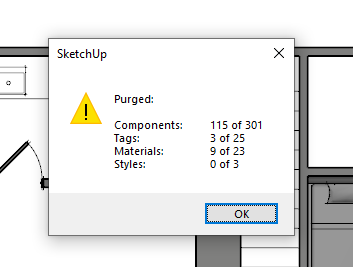 I restored my scales to “default” and the issue still happens. I’ll have to trial-and-error a bit more to see what commonalities I can find.

Yours is only showing the metric scales. Change your setup to show imperial scales, too.

No difference, pick’s the one above the one you want:

Well, I am not a developer, but there might be something wrong in how LayOut handles the scales list on Mac. That’s why I was asking for the custom scales.

Can’t you change the feature back to the previous normal version and have this new feature—that is, the feature that allows the user to write their own input in the input forms—be an option in the settings/preferences?

What exactly are you talking about? You can still create your own custom scales in LayOut 2021.

I hope now, with my sarcasm, what I said made sense.

I have exactly the same problem on my mac - did you find a solution?

No solution yet; just dealing with it still. With a little bit of “try and try again” I can usually get the scale I want. Would be nice if some of these issues get fixed with updates.

Same here. And same fix - pick a different scale, wait, pick the one you want, move on. It gets the job done…

This bugged me as well, until I just started typing in that field ( eg 1:50 )

Yes, I have been having the exact same problem working on a Mac. Sometimes the scale change happens and sometimes it doesn’t, even on the same Layout page (with different files inserted.) Typing in the scale ration seems to resolve it. Thank you Mike W!

This has been discussed in a few other threads, but we have discovered the cause of this issue on mac and have a fix implemented for our next release. See this thread response for more details:

We have identified an issue on mac, where the drop down list of scales is missing the Current Scale value. This means that when you select a scale that would come after it in the list (e.g. if your current scale is 1:71.9069 and you select 1:96), the actual scale that is attempted to be set is wrong. This should be fixed in the next LayOut release. In the mean time, a work around is to select a scale earlier in the list, then select your desired scale. Sorry for the inconvenience, Adam

Thanks for the heads up. Just to be clear, when I’ve had this issue it doesn’t matter if the scale I’m trying to switch to is above or below the current scale. It just won’t change the scale on the inserted drawing at all. However, manually inputting the desired ratio does seem to work.