In sketchup for Mac I have made several scenes. The tabs are still visible and when I click on it I can see the actual view very briefly. It almost inmideiately disappears after every time I click on it. In layout show these view also empty. How can I fix this issue?
Tanks a lot.

Probably start by sharing your model. It’s really hard to guess what could be causing this issue!

Addition: When I try to turn the scene, it appears again. When I make the view pane parallel to the section pane it dissapears again.

Here you have my model

I cannot reproduce your problem. However, 86.8Mb file? And literally dozens of scenes. You are asking quite a lot!

I also notice you are using tags incorrectly. Untagged should always be active but that’s not what I found in your model.

All edges and faces should be untagged. Fixing your model resulted in this: 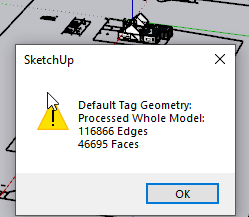 And it wouldn’t hurt to purge unused stuff once in a while. 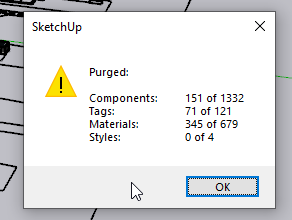 This reduced the file size by 47%.

In addition to what @DaveR observed, I notice two additional things about the model that make it hard to work with. 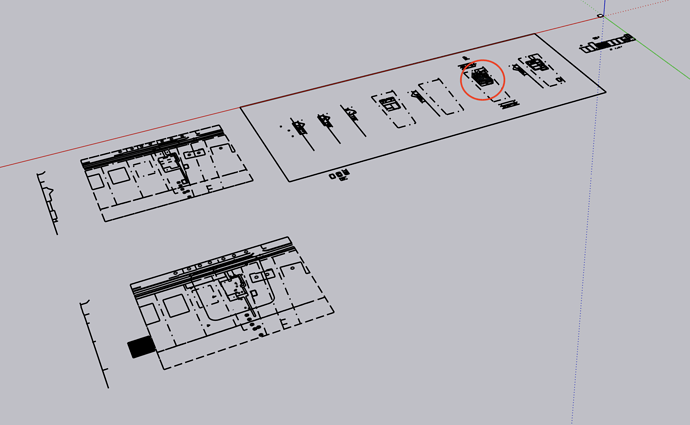 I do experience a lot of crashes conserning sketchup on my Mac. I’m considering to switch to a windows PC again. Also Due to the crashes and errors in my VBA driven accountancy excel files.
But maybe I should start to take lessons on using tags etc?

What do you mean by active = visible = the ‘eye’ icon must be on for visibility of the tag.

Hello slbaumgartner, thanks for your reply. The detailed entourage I’d like to keep in my drawings. But I’m gonna do the purge and also erase a lot of these unnecessary items.

Yes. Technically “Untagged” is not a tag.

ALL edges and faces (geometry) should be created AND remain untagged. Only objects (groups and components) should be given tags. Tagging geometry creates problems and results in much more work for you when editing the model.

But maybe I should start to take lessons on using tags etc?

It would definitely help to learn more about using tags as well as groups and components. As @slbaumgartner mentioned, it would also help your process and might reduce issues with crashes or “not responding” periods if youtake the time to clean up and slim down entourage you get from the 3D Warehouse or other sources. Very often you can reduce the “weight” of the entourage without visibly affect the details.

You might not need to replace your hardware although this won’t help with your accountancy software.

Here’s an example of overly detailed entourage. Does the detail inside the washer and dryer actually communicate important information relative to your model? Would your client really need to see all those holes in the back of the drum in the dryer? Even the text and labels on the machines add to the “weight” but are they adding important information? There’s a lot of this sort of stuff in your model that, in the grand scheme of things is really trivial but leads to a bloated file. 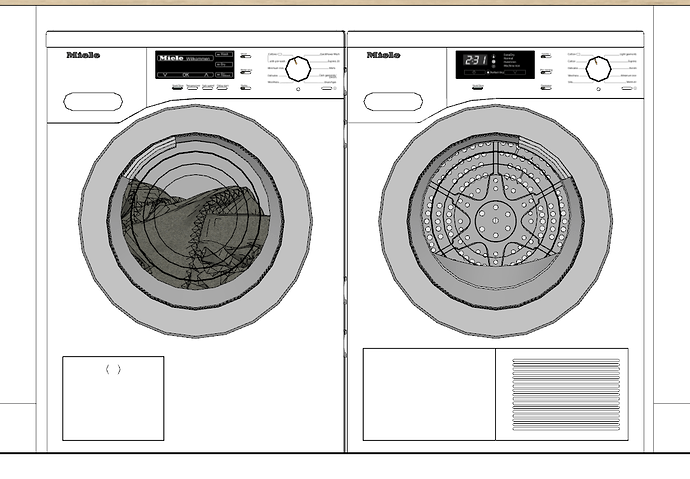 Screenshot - 7_6_2022 , 9_55_00 AM1084×753 139 KB
Look at the hidden geometry on these appliances. There’s a lot of unneeded edges and faces. Do the windows in the doors even need to have the recess to communicate to the client what they are? In your elevations those recesses don’t show so they add nothing useful to the presentation. 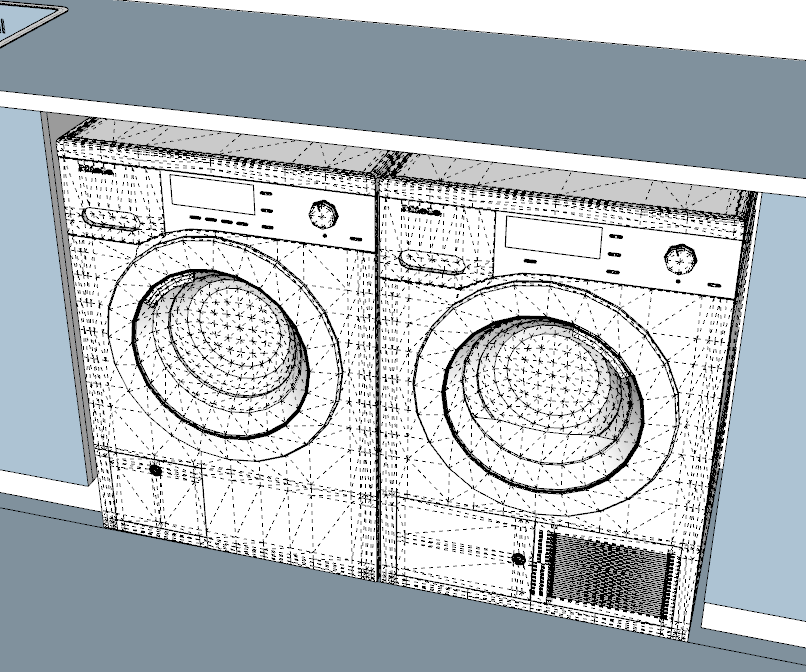 Okido, I see what you mean.
Thanks

Thanks a lot! This has made things clear to me.
Concerning the accountancy excel VBA files. These work flawless on windows computers, but I just don’t get everything working without flaws even after editing it especially for Mac.

But Thanks to you guys! My SU files will cause a lot less crashes in the future!