EMD has worked a lot with exporting GIS data, solar panels, wind turbines and other stuff to SketchUp, and lately they have made it easy to show a SketchUp project correctly in SiteVision (AR), and it works surprisingly well!!

I have made this video showing how, and it is really cool 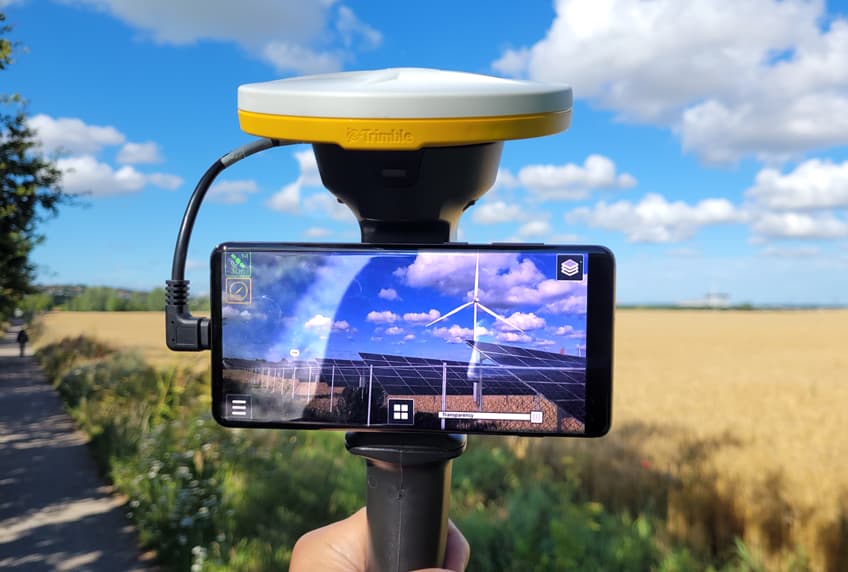 This is just awesome!

Yes, it actually worked much better than I expected. Great tool!

@jon5 If you are using a Catalyst subscription, which level of accuracy are you using?

@jon5 Thanks for the correction. Maybe I am misremembering, but I thought the plans had levels of accuracy. Checking again now and it does not seem that is the situation any longer. Pricing & Plans - Trimble Sitevision.

Do your models shutter and/or shift around much? The reason I am asking is that I’ve use the Microsoft HoloLens for some time but found that the model placement isn’t totally dependable because of the model shifting.

Thank you for the clarification. I did find the levels of precision again (but at the Catalyst site).

I don’t see much shifting with SiteVision I must say.

That is good to know. With HoloLens and Android SketchUp Viewers I can do a couple of things to make the models stay put better. But they aren’t ‘rock solid’. Examples of the uses cases I’m aiming at are 1) HoloLens AR assisted excavation. Surprisingly the HoloLens can mesh and track models from within moving equipment (Like CAT Multiterrain Track Machines). But the models slide and shift too much. 2) Smaller scale measurements such as cutting blocks and lumber. The perspective shift makes cutting blocks and lumbar infeasible as there is not enough accuracy.

The main problem I have with SiteVision is that there is a (random) distance limit of 1km, which is a deal breaker if using it for wind turbines

On a lager scale I’ve used a drone to capture point cloud models of buildings as wide as ~1300ft with some additional area surrounding the building. Not sure just how large I’ve gone. Less than a kilometer though. But, on a larger model, if the axes are placed nearer to oneself, is the distance limitation that the model extents beyond the limit not shown/cut off? Or does it not display models of such a large scale at all?

Thanks again for the info on Site Vision / Catalyst.

But, on a larger model, if the axes are placed nearer to oneself, is the distance limitation that the model extents beyond the limit not shown/cut off? Or does it not display models of such a large scale at all?

I think that the center of the model is of no importance, but only the distance from the viewpoint to the elements of the model. Here I am approaching 2 WTGs (both in the same model also including a map) and one of them is close to the 1km limit. As I get nearer it goes from invisible to visible: 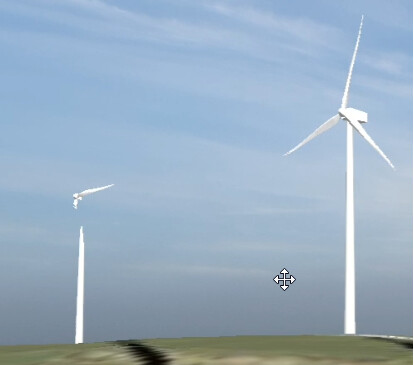 Ah. Thanks for the feedback. It appears that the infinite expanse of AR has to end somewhere :).