I created this small test file for applying section planes and cuts using a single style. When I use a standard camera front view in parallel projection (Scene 9) and toggle the section planes On, they are not visible. Orbiting or going into perspective camera view shows they there. Can anyone please view the file and provide suggestions.

That is something we know about, and have fixed for the next update (can’t say when that will be available).

Can you try this file, and see if things seem ok? 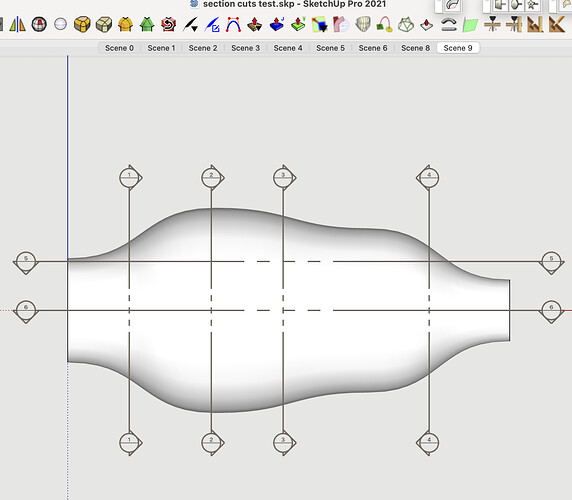 I see that difference. I will log a new bug report about that.

Thanks Colin. Not sure what happened with this file that caused this to occur. I know in other files the section planes appear normally in Parallel Projection. Will look for a fix in the next release.

I think it’s a side effect of a fix to another issue. Nothing that you did in your model.

For colleagues dropping by, I logged this as bug SU-51490.

do we know when this will be sorted?

Help! I have just encountered this bug on a very important file I have been working on for months - I have to submit to a client and can’t get the section planes to show in parallel projection view (and in Layout) - can you let me know when this bug fix will be released?

What rendering mode are you using?

@DaveR , I am using a Mac so perhaps it is another Mac specific bug. 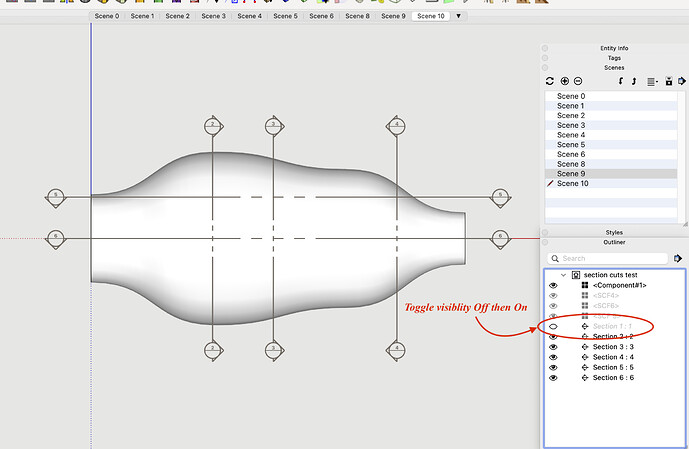 Thanks for the suggestion

Same here, toggling visibility in Outliner brings then back, but they don’t persist between reopening the file and between Sketchup and Layout.

Since the outliner toggling doesnt get saved, its just an interesting part of this bug but not a true workaround.
As I noted in an earlier post, SU 21.0.392 does not have this issue. I was able to open, save and send to Layout (same 21.0.392 version) with all section planes visible in Parallel Projection view. Perhaps that can be used as a workaround. Another possiblity, draw the section planes manually in Layout. I keep some section plane symbols in my Layout scrapbook and place them manually since many times the SU section plane symbol text is unreadable. Tedious - yes, but until a true fix is available there are not many choices.

Thanks - yes, I added them manually so I could get the file out of the door.