Projection of some groups/ components

Hi there,
is there any simple way to get a 2D projection of a group of componente?
Not a section, just the parallel view to get on a 2d plane. I.e. a top view of a furniture,
flattened to the floor. Flatten to plane is not what I am looking for, as it would not flatten inside components/ groups…

Since you have the 3D components for the furniture, one method would be to export a DXF or DWG file using a plan view of just the furniture. Then import that into your model. I did that here and then pulled the imported 2D dxf component out in front just to make it easier to see. No extensions used at all. 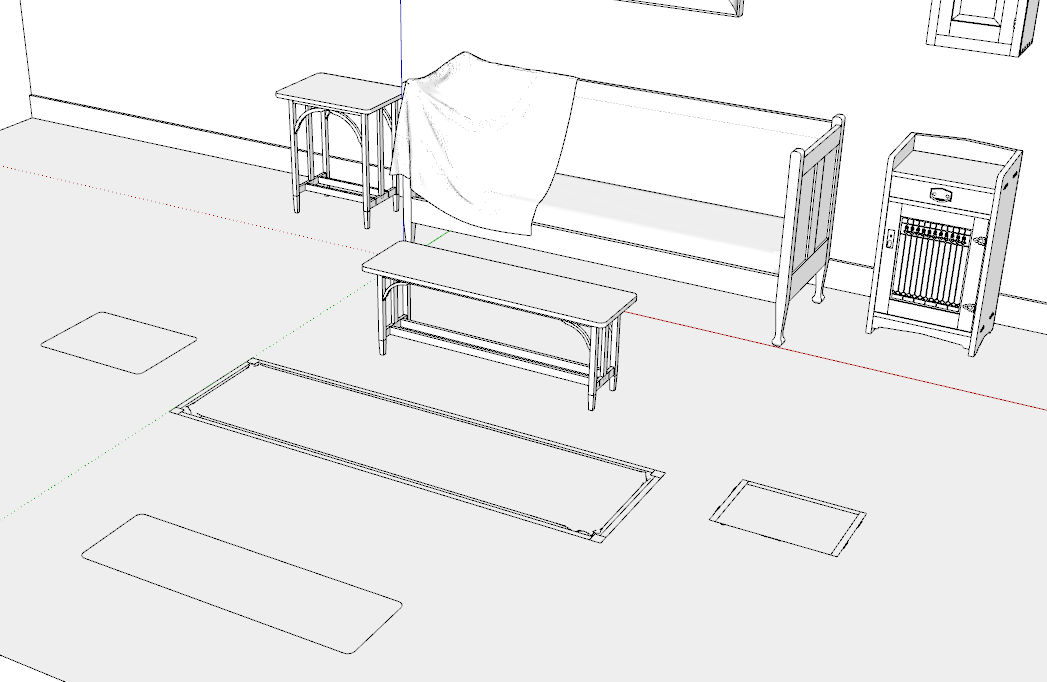 cadup won’t work as I tried, I have more then one component/ group.
And yes Dave, export to autocad works but is quite complicated. I can’t believe that it is so hard to make a 2D from more than one 3D objects…crazy, as section is no problem…

export to autocad works but is quite complicated.

What’s so complicated about it?

Most users probably don’t worry about having 2D versions since the 3D versions look 2D in plan view with the camera set to Parallel Projection anyway. 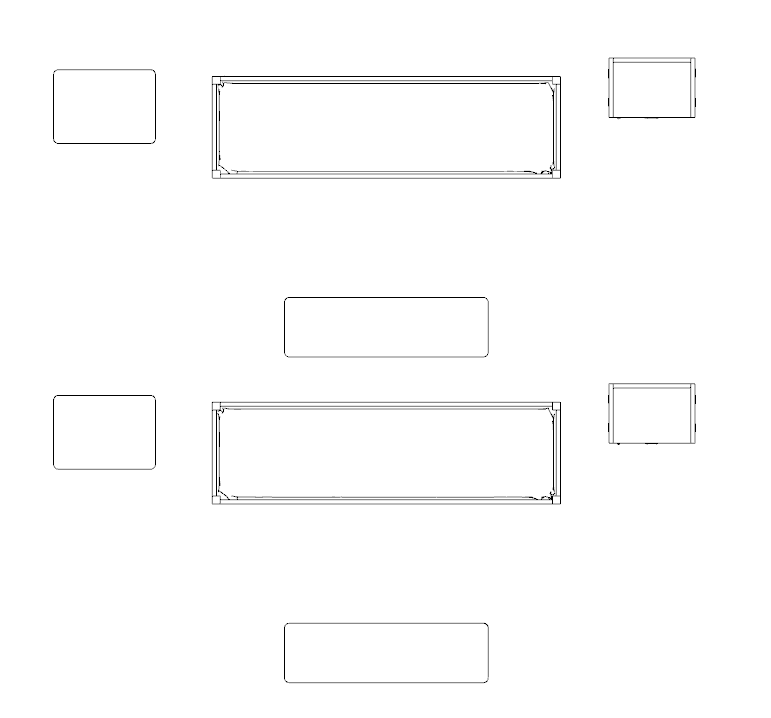 Can’t tell which ones are 3D unless shadows are turned on. 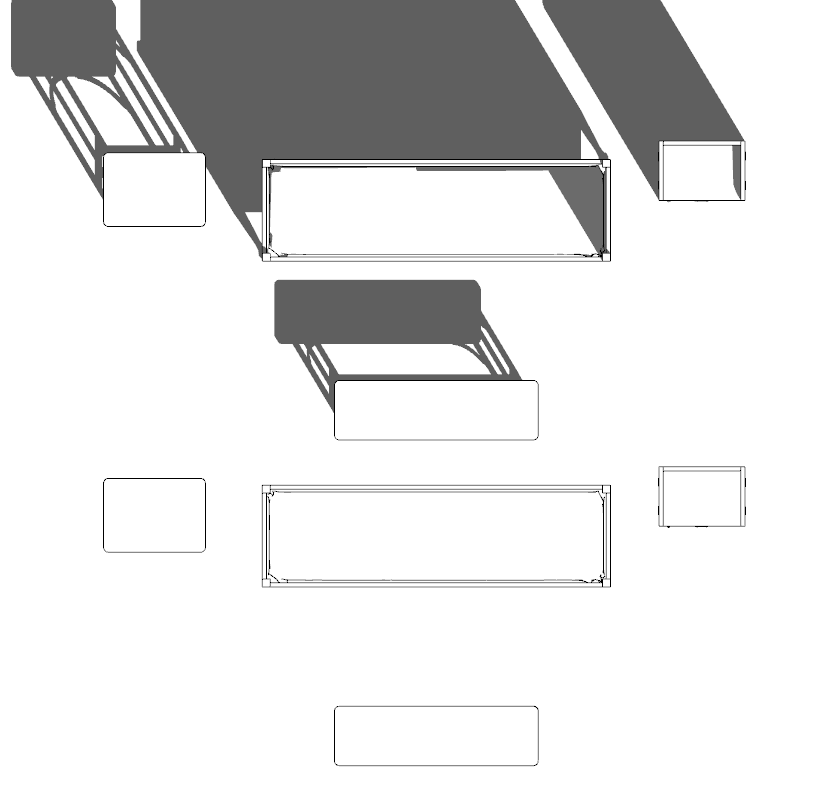 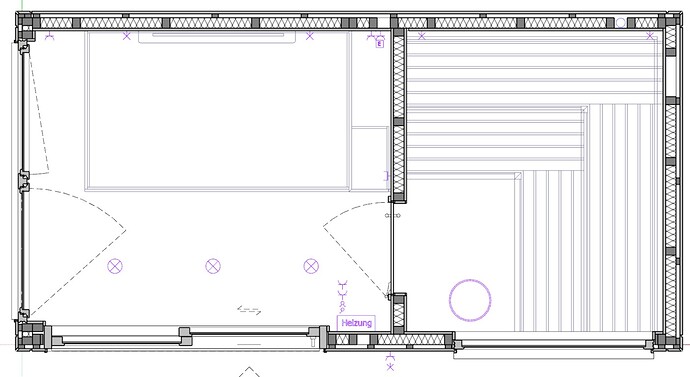 here I made the drawing with 2D and 3D furniture layers, but as the bench will be modified often, would be great to evitate redraw of 2D and 3D. The Bed also has a higher board that would cover the electrical symbols when only using 3D…

Your 2D electrical could be 10 meters above the floor and it wouldn’t matter in a plan view.

Ahh, I forget, I use SKALP for the sections… so all above I won’t see…

cadup won’t work as I tried, I have more then one component/ group.

…and then it needs a lot of time, as maybe my object is too complicated? I think it is not, but… 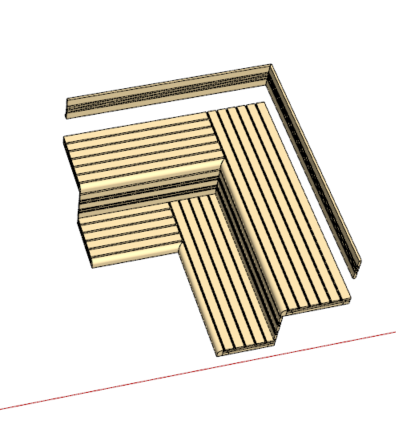 So it works, but quite slow.

And I only need a top view! So the way from Dave, export to 2D Autocad and reimport again seems to be easier, but still complicated if you want to implement it in a daily workflow.

Not sure if this helps, but I tend to put everything in my model–including furniture, mechanicals, construction material layers, etc. I do this because SU isn’t just a design tool for me, I have my laptop on the job site and build right from the screen and toggle what I need to see at any given moment using scenes and tags.

When I did the electrical plan, I wanted it in a 2D plane as well and found that the easiest way to do it and not interfere with other stuff in the model was to put the electrical plan on a tinted mostly transparent surface about a foot above each level of the house. I’ve found that these transparent overlays can be really helpful for adding symbols, notes, and diagrams over a plan without disturbing the plan itself. 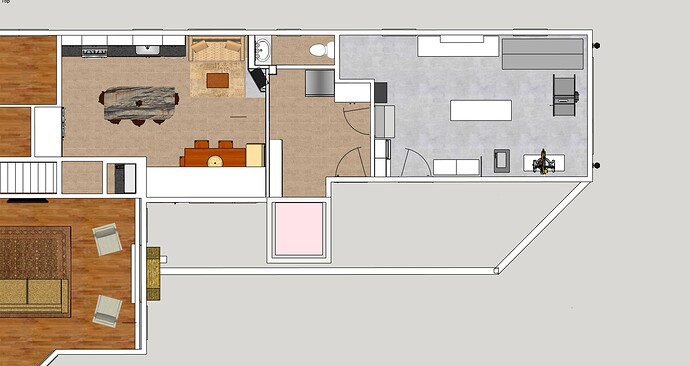 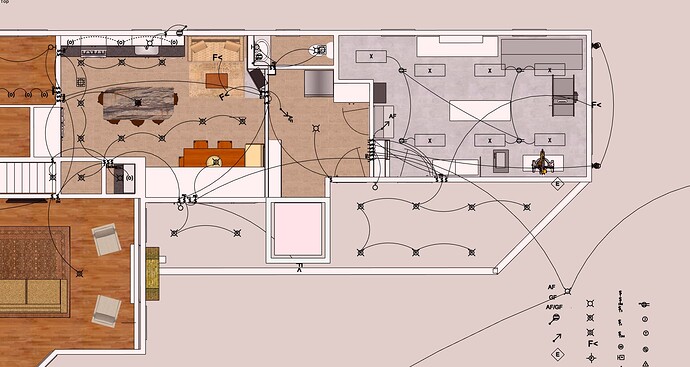 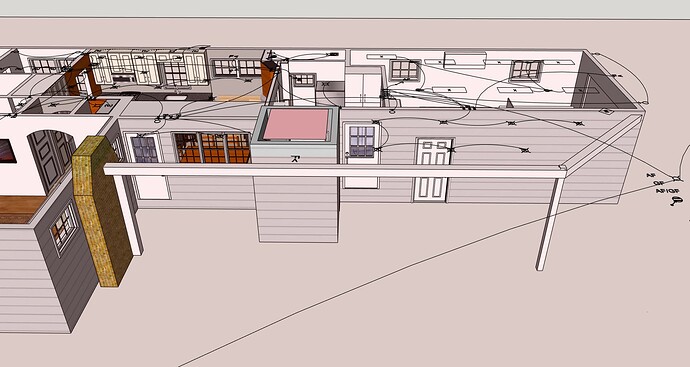 You gave me the idea…: would not be a hard way to have an overlay in layout only with the electrical symbols…on top of the floor plan. I will give a try and let you know…