Newest update is full of bugs…

If it happens every time, can you show the model before the intersect and push pull steps?

Do you see a bugsplat window when you open SketchUp again? If you do, could you send one into us?

Unfortunately for me too, sometimes with the scale tool also, it happens constantly, SketchUp just disappears and I’m kicked to the Home Screen, when reopening all I have is the auto save.
I’m using a Ipad Air 5gen

Mine has been constantly crashing these last two days, and when it happens two or three times in a row before I get a chance to save, I come back in and immediately tag everything and turn off the things I’m not working on. That helps a lot.

It’s only happening in the models with heavier geometry (though I rarely work higher than 10mb).

For me it happens with extremely small models, less than 1mb, also without textures and simple styles.

I updated this morning and I haven’t had a crash yet. Currently have a 68Mb file open and it plays nicely even with textures and shadows.

Mine is just … Crashing. No specific commands are doing it. This morning crashes happened frequently in the two models I am working most heavily in.

I will attach the two models, but they’re nothing special, just a little complicated for what I usually use. (Maybe a little ill-behaved in organization) both have at least one complicated warehouse model that I usually turn off while working. Crashes happen less when the more complicated components are tagged off.

I’m going to go do all the “is it on” steps…. Restart, check for updates, log in and out, etc.

Mine is just … Crashing.

Yep. Dark mode threw me for a loop!

Your models seem to be playing nicely for me.

I restarted everything and logged and such. After working some this morning I’ll see where it stands

Unfortunately, no. In the 5 minutes I have had it open it has crashed in this model about ten times.

In this exact position, it will not export a png from the scenes exporter without an immediate crash into nothing. It just shuts down. The one export it did do resulted in this 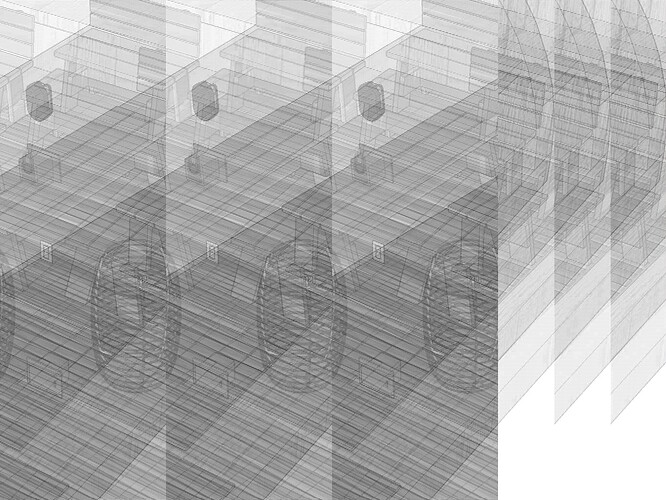 I think I’m going to roll it back an update.

Edit:: rolling it back seems to work for now.

With 6.1.3 (1905) I do see the crashing when exporting a PNG from the Scenes share button, even on a very simple model. In a more recent internal build I don’t get a crash, so hopefully that’s a problem that will be fixed in a future App Store update.

You could turn off Profiles in your styles, that makes your model a lot smoother when orbiting. Shouldn’t be a reason for crashing though.

Mine was crashing….all I was doing was drawing a series of pipes in a pattern and doing trivial stuff to them and it would just blip and go off. Using a brand new iPad Pro. I am removing SketchUp and re-installing to see if that works.

So far things are a bit better, but when you do a removal of the app watch that your working files in the SketchUp folder in files do not disappear. Move the files to another folder and then you can move them back once you have reloaded the app.

I rolled back into an earlier build, and after working in it for a day I can say I have had zero crashes.

How does one go back to any earlier build?

Yup, I got a crash doing that as well.

Anyone listening today? How do we revert or get things fixed……I have projects to work on.

How did you roll back?