I’ve been using windows Sketchup for yonks and know (pretty much) how the toolbars work, but am a noob to mac Sketchup settings. Can I drag extension toolbar sets into the toolbar. I know I can drag native toolbar sets, but it seems not the extension/plugin ones?

Therefore is it correct that the only to have the sets of extension tools together is to just have them floating about? 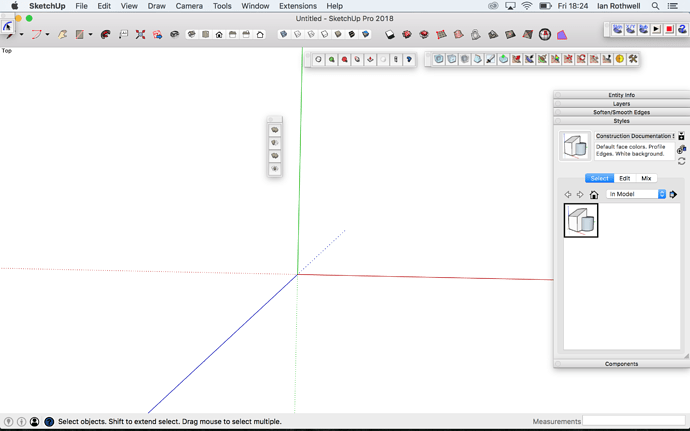 Do you always want to see them?

Can I drag extension toolbar sets into the toolbar.

The toolbars won’t dock at the top like they do on the PC. Except for the tools you can drag into the top bar when customizing, the rest will have to float.

Most extensions have their icons added to the toolbar set, which can be modified by right-clicking on it. The toolbar can contain one line only, though

In addition, the Customize Toolbar panel disassembles Ruby extension’s toolbars into their individual icons (it keeps a few select built-in toolbars as assemblies). So you can only drag icons into the top bar one by one.