Issues with lineweights on new computer

Hi,
I got a new computer this weekend because my old one didn’t have a good enough graphics card & ram for the amount of work I have been doing in Sketchup & other design programs recently. Its helped Sketchup run much faster, but I have been having this weird issue with the line weights in Layout. When I change it from raster to vector I can’t see the linewights I have applied. I usually adjust both the main line scale & the scale of individual tags as I want the furniture, etc. to be lighter than the walls. I didn’t have this problem on the old computer (despite being super slow to change settings in vector or hybrid…)

Is this a graphics setting in my new computer or something in layout? Its was super frusterating when I was trying to get some drawings finalized last night. I will attach a screen shot of the differences. What a layout model looks like on the old computer vs. the new with the exact same line weight settings applied in layout.

Any ideas? I have tried googling it and no luck. Right now the raster mode looks better than the vector on this computer, which is weird. Its an HP 15 Omen with a nvidia graphics card. 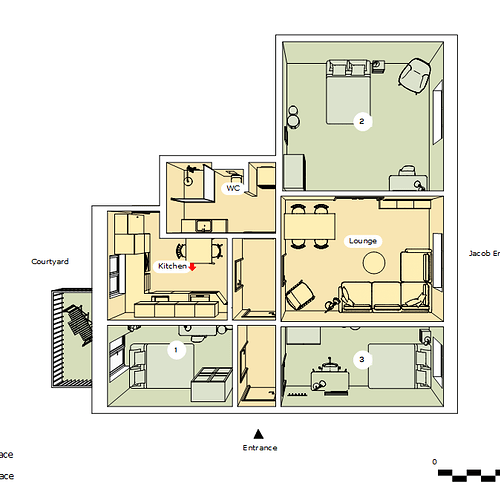 I guess new users can only put one image in a post, so here is the 2nd. The first on is from the new computer, this one here is from the old 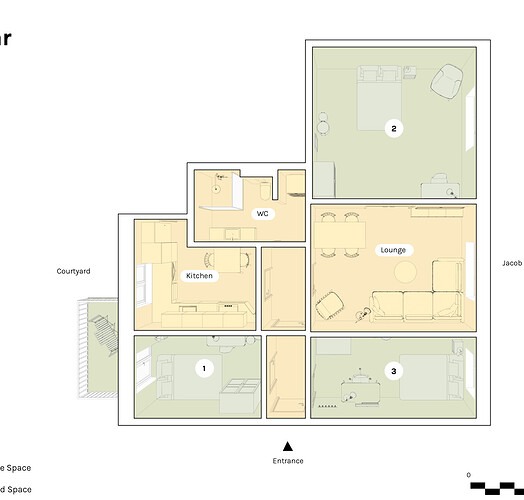 Have you exported to PDF to see what the real output looks like? If your screen resolution is higher you may see a difference in the way the project looks on screen from one computer to the other. Only way to really see is to export both out to PDF and then compare them on the same screen.

The first uses raster rendering and the second is Vector? Hard to tell from a screenshot. Also, the resolution in the second one is about double that of the first…When the files are viewed at 100% resolution the line weights look the same to me.
Multiple factors are at work