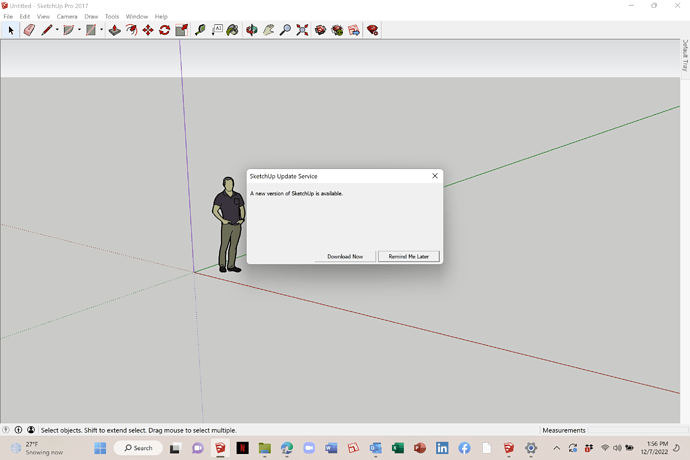 At this point in time you would most likely just go to Sketchup.com and purchase a subscription for SketchUp Pro.

That update may be referring to SketchUp 2018, which you were not entitled to. If it’s talking about an update to your existing 2017 version, then you wouldn’t need to reenter your license, the existing license would be picked up.

If you look at Help, About SketchUp, and say what version you’re on, I can tell you if there was a later 2017 version.

17.2.2555 64 Bit. Am I forced to buy a subscription to be more current than 2017 even though I bought a full license? Isn’t that double dipping? Am I denied access to 3d warehouse now… I had it before and thought it was great.

The Classic license cost $695 at the time I believe, and came with 12 months worth of updates. Which means that having bought SketchUp 2016, you didn’t have to pay again to get 2017. If you had renewed your support in May 2017, you would then have had the 2018 upgrade included.

There isn’t a way now to upgrade a Classic license to a later version, if you wanted to be fully up to date a subscription is the only option. But, your 2017 license is still working, and will work for as long as you have a computer than can run it.

The version you have is the latest Windows version of 2017, so the update must be referring to 2018.

For 3D Warehouse, you can use any modern browser to download the models, and then import them into SketchUp. Older browsers are now disabled for security reasons, and that includes the one built into SketchUp 2017. You can either download a later version of SketchUp model, and use this extension to be able to open it in 2017:

or you can download a Collada version of the file. If you do that, when you import the file into SketchUp, make sure to go into the configure options and check these boxes, so that the imported model will be cleaned up: 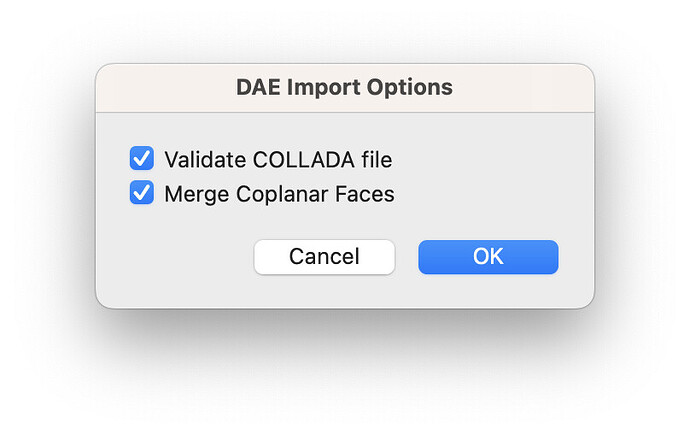 Also if you go to Window/Preference/General and untick Allow checking for Updates you won’t see the update message again.

My memory is a bit hazy today, the path might be slightly different in 2017, but it should be in the preferences menu.