Default alternative to comma for dimensions

I am modeling by eye, which makes one-vector adjustments (e.g. typing just “,300-enter”, “,320-enter” until I like the result) a very valuable feature. Except, of course, for not being able to do so one-handed without looking at the keyboard each time, because the key I need is somewhere in letter land.

Sketchup seems to be underutilizing the number pad here.

Why not: + or - as a default alternative to comma?

I also see topics from European Sketchup users who use US keyboards having trouble with , in dimensions. A default alt would solve their diffuculty as well.

The asterisk can be used instead of x for arrays but the + doesn’t really seem to be needed so that might be a good alternative to having to reach over for the comma. I’ve often wished for a couple more keys on the number keypad. Years of using old adding machines have ingrained the pattern and I can use the number keypad without looking at it and faster than I can type.

As for European users, I think their main issue seems to be dependent on what is used for the decimal separator.

Are you familiar with AutoHotKey?

I think I will use that until Sketchup implements an alt, tyvm

Of course, OS X has text snippets built-in, but they aren’t app specific, so messing around with the number pad isn’t ideal. However, I gave it some thought I decided to sacrifice plus plus

*edit: only to find the dimension input ignores it, as it is a display of keystrokes, not a string of real text? or something

*edit: I further looked into the Logi Options app, but it only works with three specific Logi keyboards so I can’t test it yet.

I’d go for this too. My Mac Book Pro has no numeric keypad. Some time ago I bought a USB external one, but eventually gave up because I still had to go to the main keyboard for the comma and space, both of which are needed quite often when working in feet & inches.

Thanks for the tip!

My Mac Book Pro has no numeric keypad

I’ve also wondered about this kind of option, 9 key on the mouse. Looks a bit flimsy and I wonder if it would be more annoying than useful, but an interesting idea. Would free up my left hand for just modifier keys, especially if you could map the “12” button to be a comma. 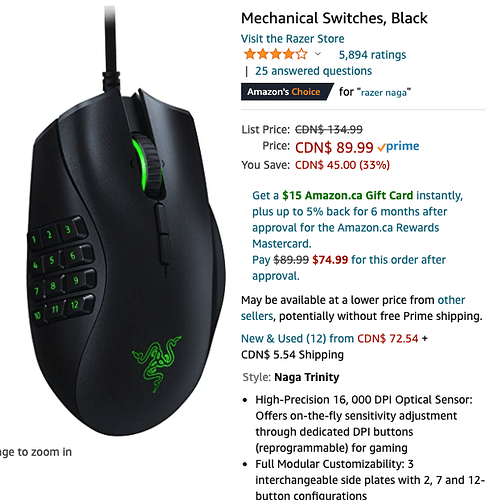 Logitech has an app for customizing FN keys, but it only works with three specific keyboards in the case of Macs, so I can’t verify if that’s the only type of key that can be reassigned. Too bad, since the support page for my keyboard linked to the app anyway, and I pointlessly installed it.

Four of the logi hotkeys are right above the num pad, it would be great if those could be repurposed.

Interesting looking mouse. Kind of makes my thumb hurt to look at it though.

I’d have to try one to find out (and not going to spend $89,99 CDN for that), but my gut says I’d be accidentally pressing those buttons all the time while using that mouse to move the cursor!

I’m in the same boat, mildly curious but nowhere near motivated enough to spend money to find out. And, skeptical about the strain on my thumb.

If I suffered a debilitating thumb injury how would I embarrass my children by doing my Fonzie imitation in public? 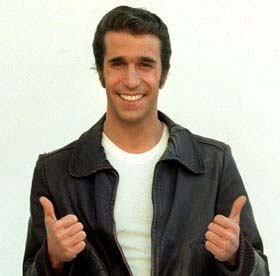