Hi Im using Sketchup PRO 2022,
Maybe im doing something wrong, but i cant change scene from Sketchup in Layout. Only one way is to reset it, but it also reset all settings (scale etc).
Could someone help me with this? 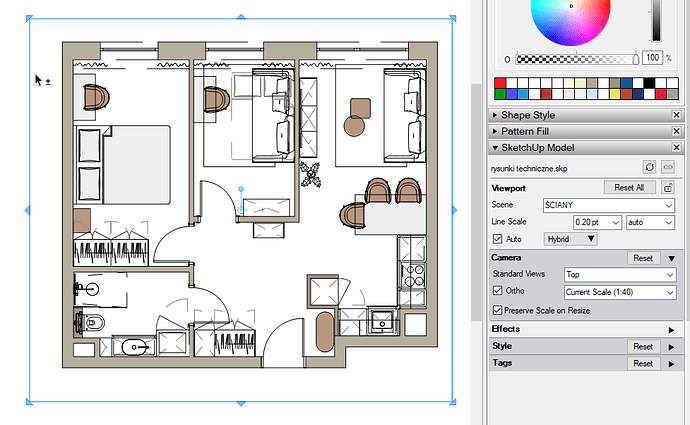 Best practice would be to avoid modifying the Camera properties in LayOut so you don’t create this problem for yourself.

By the way, looking at your SketchUp model I see a few issues that you should fix.

First, since you appear to want to use a scale for the viewports, you should set the camera to Parallel Projection for the scenes. Your scenes use Perspective as evidenced by the visibility of the blue axis. 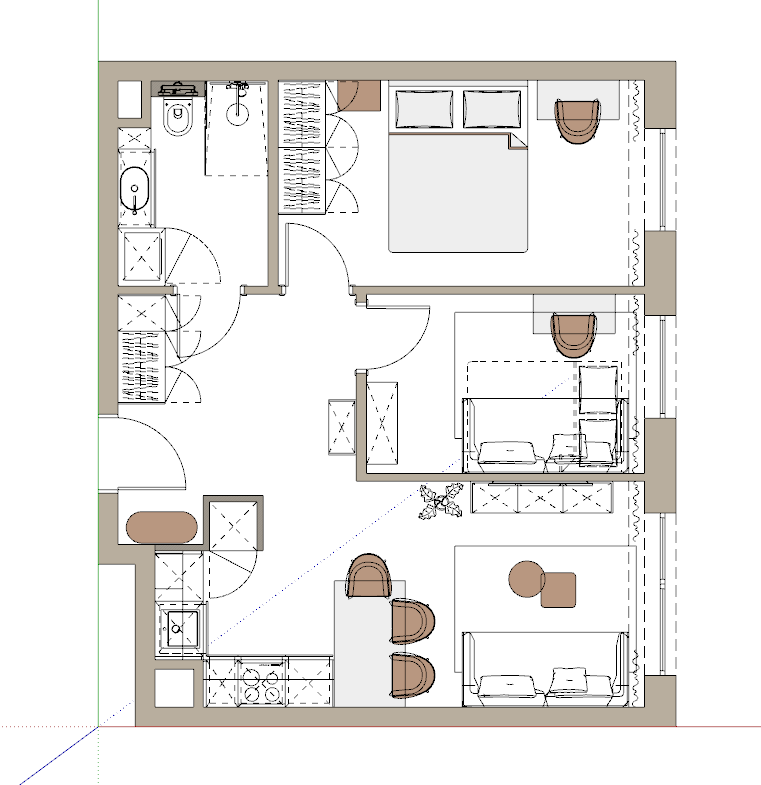 Screenshot - 1_4_2023 , 9_02_41 AM761×785 23 KB
If you set the camera for the scenes to Parallel Projection you’ll be able to select a scale for the viewports without modifying the scene’s Camera properties in LayOut.

You have some incorrect tag usage in your model. ALL edges and faces should be created and remain Untagged. The pencil icon should be lft set to Untagged, as well. 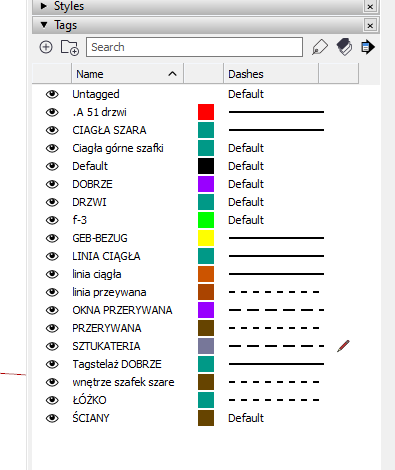 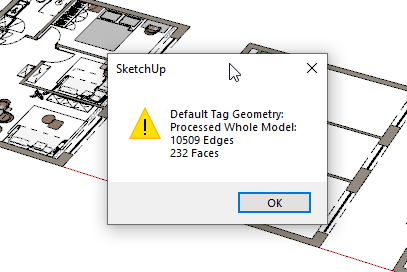 It appears to me as if you could simplify your SketchUp model which would make it much easier to manage in both SketchUp and LayOut.

It would also be better and easier to work with if you would make a 3D model instead of drawing in 2D.

If you spend some time at The Learning Center, you will learn how to use the tools to get what you want. (interactive tutorials) Also, go to The SketchUp YouTube Channel and pay attention to the Square One series. Both are sponsored by the SketchUp Crew and well worth the time spent there.