Can't push/pull on one wall, works on all the rest

I am making a house model and am trying to cut windows. I have managed it in most walls fine but can’t do it in one specific one, it ends up either pushing the entire wall or pushing a new rectangle through the wall.

Could someone have a look at the model for me and tell me what about this wall I have done wrong? 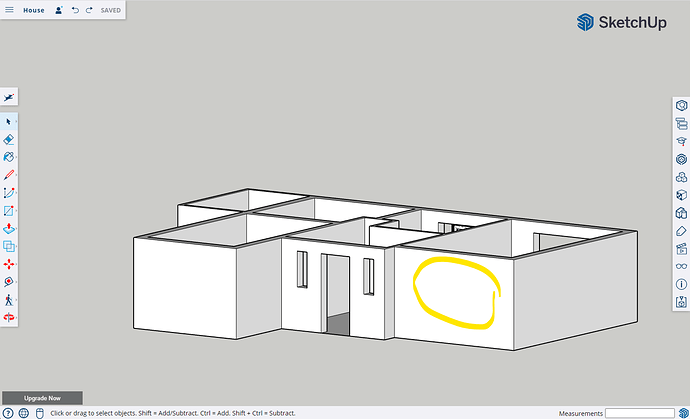 The faces of your wall are not exactly parallel. It might be caused by having Length Snapping on. 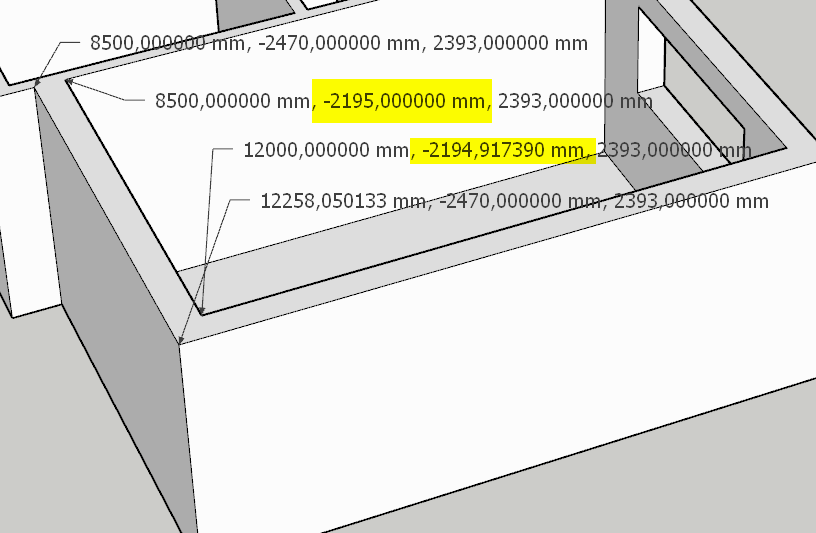 Thanks. Thought it would be something like that. Could you give me any pointers of how to fix it?

Could you give me any pointers of how to fix it?

I would redraw it

How do I do that, given it is connected to all the walls of the house?

You could erase the problem geometry without erasing the rest. Then redraw that part correctly.

How will you use the model? That can inform how you should be creating the model in the first place.

Recently moved into a new house with plans to self-renovate and extend, so will be used for laying out future plans.

OK. So a little time spent correcting your model now will pay off in the end.

Not only were those two faces in the wall not parallel to each other, neither was on axis.

I’ve corrected that by deleting one, move/copying the other parallel, then moving the outside corner verticals to align on axis. 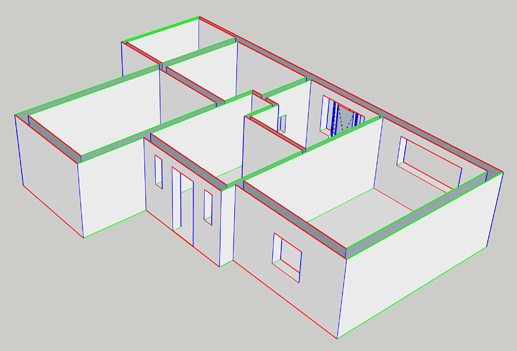 Move the window and resize it as needed, or delete it and cut a new window with PushPull.

My hero, thank you.

OK. So a little time spent correcting your model now will pay off in the end.

In a real house the errors are mostly, say,100 times bigger than 0,1 mm. But computers are less forgiving. It is usually best to work with an “idealized” model (walls vertical, floors horizontal, angles 90° etc.). Most of the time the deviations are so small that they have no practical meaning.

Is there a way to show the axis colours for the edge lines on the web version? I saw it as a way of troubleshooting in a video after the initial discovery that the wall wasn’t parallel, but couldn’t find it.

I saw it as a way of troubleshooting in a video after the initial discovery that the wall wasn’t parallel,

Color by Axis has a tolerance of its own, so it does not always capture very small errors. But in your case it seems to actually work. 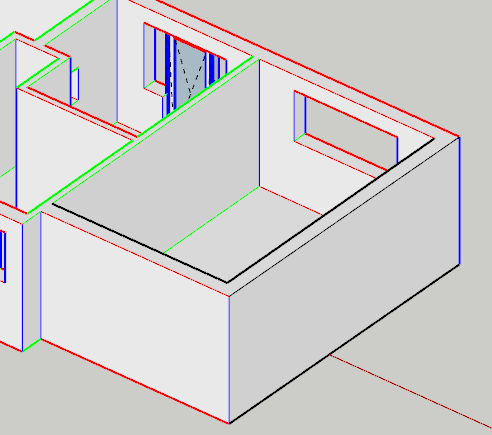 How do I “fill in” the walls again? Make it so that they are solid objects rather than two faces without any connection?

Can this be enabled on SketchUp for web?

The Free web version doesn’t allow editing of styles. There the option is to select a ready-made style that already has Color By Axis enabled.