I need to bevel (round off) the bottom of this SNES Controller I’m working on but Fredo6’s Round Corner is creating lots of errant geometry in my model. Is there any way around this? Any help would be greatly appreciated!

If it helps, the method I used to create the basic shape of the controller was to create a flat surface on the side, with curved top line and bottom lines, and then I extruded it through an extruded top view of the controller. I then intersected with model and deleted the excess.

The two have a gap between then, turn hidden geo on so you can see what is going on; when you extrude it is done normal to the surface so you are getting some errors; if bottom does not require straight walls consider moving the bottom surface down and use a section plane and cut to get the slope you want same for interface of two if you want slope there also. What you call bevels are really radii is that what you want?? I do not know if there any design rules on how much slope is allowable to be user friendly?

@mac7595 I’m not quite sure I understand what you’re trying to tell me, but I know that there’s a gap between the top half and bottom half, that is intentional.

have you tried scaling the object before the beveling, then scale down after?

@pcmoor I have tried to scale it up but I get the same results.

This is what was thinking but some more work needed; I was only able to bevel of 0.1" on bottom. and did remove space; is thatcontroller.skp (1.9 MB)
planned for some type of gasket??

@mac7595 Hmm, that’s not going to do it unfortunately. It needs to be much rounder.

The model is of a Super Nintendo Gamepad, and I’m not going to be fabricating it, it is just for 3d animation/rendering purposes.

This is what a SNES Gamepad looks like: https://i.imgur.com/GG28ZzU.mp4

This is probably not exactly what you want but maybe it’ll give you an idea. 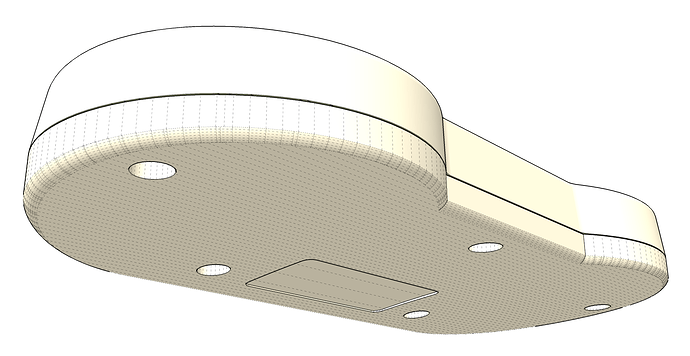 I drew a rounding “cutter” profile and used Follow Me to sweep it around the bottom. Then I intersected that cutter with the part and erased the waste. I did redraw the bottom to make the hollow smoother.

since you’d be using this in an animation or rendering, the exact dimensions aren’t likely to be critical.

@DaveR That looks a lot more like what I want! If the rounded edge was a tiny bit bigger, it’d be perfect. I’m pretty sure i understand what you did but my attempts to recreate it haven’t gone so well. Could I trouble you for a bit more info? Thanks so much by the way.

I didn’t keep what I did but let’s see if this will help. I drew a face with a “cutting edge” shaped like the round over. It was positioned below the straight section. The cutting edge was drawn so it would end out beyond the surfaces in the bottom part of your model. I tend to think of things like this as drawing the volume of space a cutting tool would have to pass through if you were cutting this shape in reality. 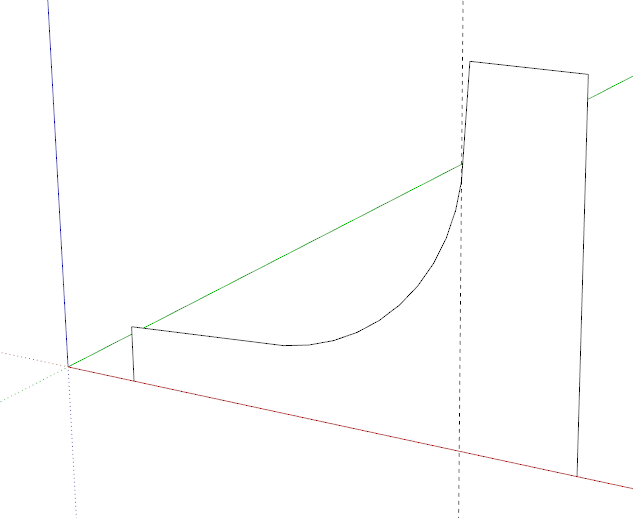 Then I used the outer edges of the bottom as the Follow Me path. I moved the extrusion up into place. Then I ran Intersect Faces and erased the waste.

Ah! I was trying to use the inverted space of the cutting plane! That worked a lot better! The bottom most edge is still a little harder than I’d like, but I’m sure it doesn’t matter. Thanks so much for your help! 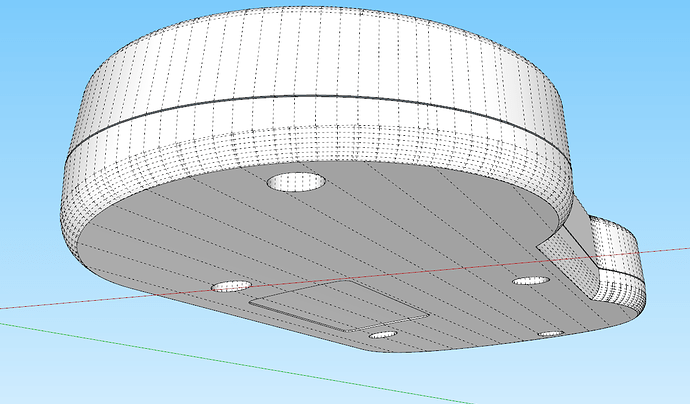