See image below. - This is when I hit the up arrow key. It doesn’t draw vertically. It thinks I’ve hit the left arrow key. 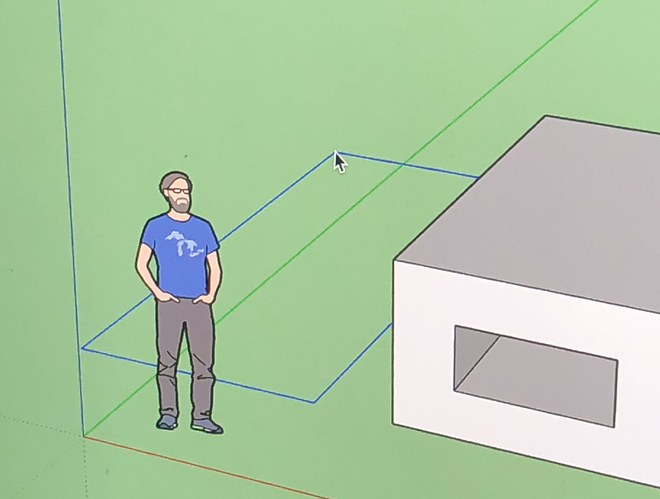 The rectangle in your screen shot appears to be oriented appropriately for having the blue axis locked.

In case ‘normal’ isn’t something you’ve heard of, drawing a line or moving an object, will go along the axis you chose. When drawing polygons (including rectangles and circles), the object is drawn around the axis you locked to.

You’ll notice too that the line as you draw matches the axis color you chose to lock to.

What you call a vertical rectangle only has two vertical edges and two edges in some other direction. Locking to vertical couldn’t make the tool draw such a rectangle as it doesn’t know where to get that other direction from. Instead the tool uses the locked axis as the normal.

In case ‘normal’ isn’t something you’ve heard of

(of a line, ray, or other linear feature) intersecting a given line or surface at right angles.

Thanks for the responses!