A Stand for a Mini Lathe

There’s a great volunteer woodworking group in North Carolina that is very active. They do a lot of outreach to communities in the area and have a number of programs they run to expose folks to various types of woodworking. One of the things they’ve done is to bring wood turning to some groups of kids and disabled veterans. They have a few mini lathes that they use to teach turning and they’ve designed a stand that is adjustable so it can be used by shorter people and those who use wheelchairs. They asked me to create a plan for the stand to share with others. I used SketchUp and LayOut for this simple project. 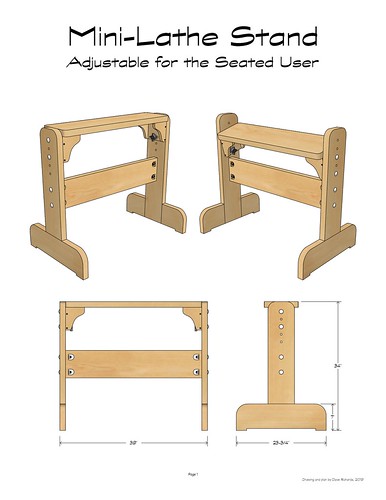 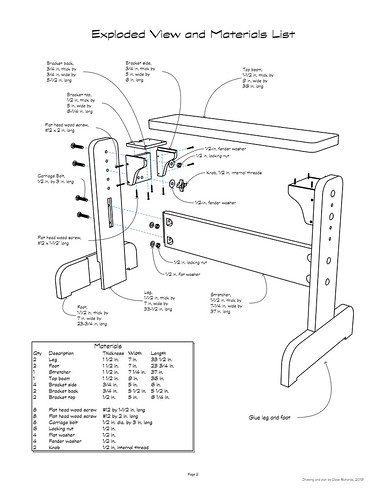 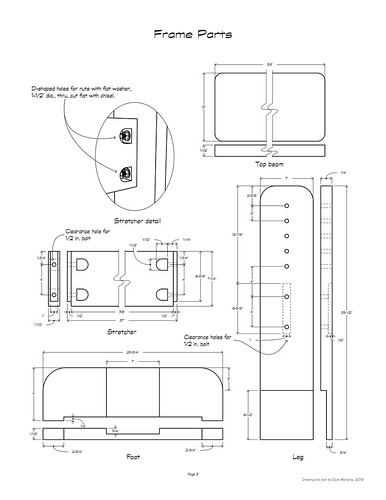 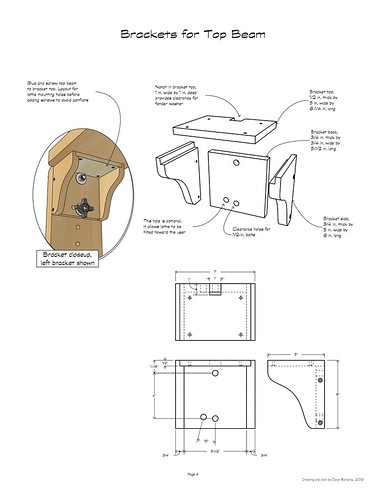 A simple modification to the design allows the stand to be knocked down for easy storage in the group’s outreach trailer. 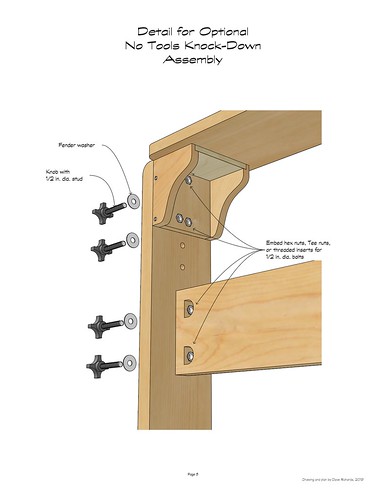 Sorry about the jpg compression. Didn’t want to bother with png’s.

That’s a very nice design, fairly simple to make but effective too.

I can’t really see really but did you omit from “real threads” on the fixings?

I’ve used real modeled ones in the past but I find they end up just looking a mess of black lines in LO if they are on a larger view. It’s nice to have “real” threads but I’m leaning the way of just using helix’s on cylinders as they tend to show up better in different levels of zoom and you can tell what they are representing. Also it obviously makes the model much lighter on geometry.

The screws do have threads and they do get lost in some of the images. I already had the components and decided to leave them as they are. For some reason the hex nuts don’t have internal threads. I expect I modeled that component for an application where the nut would always be shown on the bolt. This was just a quick volunteer project and I didn’t bother to modify the components.

A simple helix over a cylinder can work. I’ve used that before. Depending on exactly how you model that, you have to be careful running extensions like CleanUp3. It might delete the helices. I’ve also used the Sketchy Wavy Lines Vertical texture from the native Patterns textures. I don’t generally bother to rotate it. Just let it wrap around the cylinder.

That’s from a set called Graphite. I don’t remember when I got it or where. Not sure I’ve ever used it before but it doesn’t look nice for this sort of thing. Works better than old Frank the Architect.

I suppose if you wanted to get a bit more technical about it you could swap out a “improper” one for a “real” one for close up scenes. Maybe a bit higher end OCD stuff.

doesn’t look nice for this sort of thing.

I think it’s nice, maybe it’s a matter of taste. I’ve found font hunting is a new hobby all on its own…

you could swap out a “improper” one for a “real” one for close up scenes.

I’ve done that on occasion, too.

Be careful with that font hunting. You can get sucked in and wind up with so many fonts you could never use them all.

The lathe stand in action 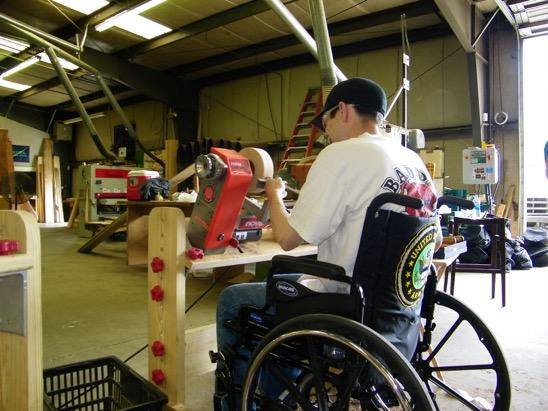 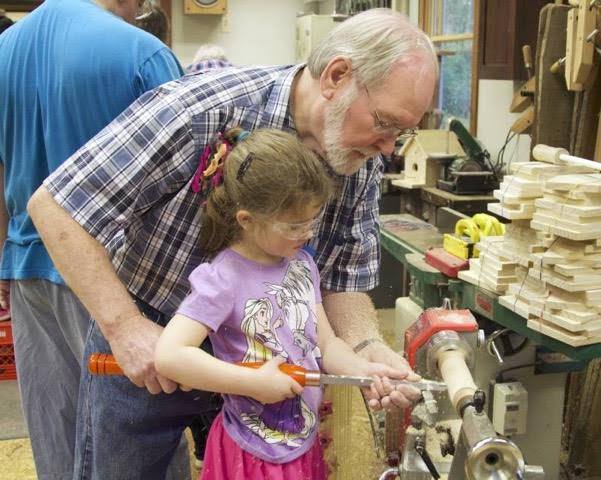 You can get the font from over here. but I really just wanted to say how great the design is. I quite like what you have done in order for it to be a ‘knock down’ unit.
Very inspiring.