This is a quirky item I spotted when looking around for different types of stools. The seat rotates and adjusts up and down on a threaded spindle. I used the spindle to cut the threads for the nut housing, trying to keep detail in the model. I need to add an exploded view and a few other details another time, but here’s what I have so far…

Excuse me for my English because I don’t even know the right words in Spanish, but I’d like to know if you guys can recommend any tutorial to make the thread/screw (maybe with helix along curve) but also the tubular piece with the opossite helix? (not sure if you understood me).

Which reminds me, months ago there was a good tutorial on Fine Woodworking blog by @DaveR that I based the threads on. I remembered how to do it, but when I looked the tutorial video is no longer there? I managed anyway, using the Curve Maker and Upright Extrude plugins method. I would like to see it again, as I found it really useful.

EDIT- Although it could be that its a full members only thing, we might find out…

According what the following link says you’re probably talking about this tutorial, but you’re right it seems no longer availble, not sure if with a suscription it would be possible to watch it. 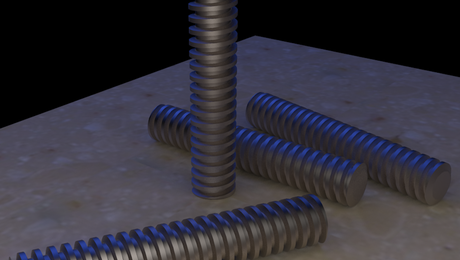 Last week I had an e-mail conversation with a fellow who has been doing a bunch of 3D printing. He is working on an adaptor for something in his shop and wants to print a threaded part. He was...

Is this what you were referring to Ian?


They did some rework of the website and screwed up a few of the older blog posts. At the time I did the video, Draw Helix was readily available but Curve Maker will do the same thing.
5 Likes
Creating threads in sketchup
spawn October 15, 2017, 10:30pm #6

That’s the beauty Dave, thanks. There you go @spawn, knock yourself out!

An exploded view, not sure exactly how the one I saw were made this is my interpretation of it:

I love me an exploded view!

An attempt at a render to finish off…

So it does, I like the name it’s pretty catchy !