A little practice before the family woke up.

For references, the body of the jack is 55 mm tall. 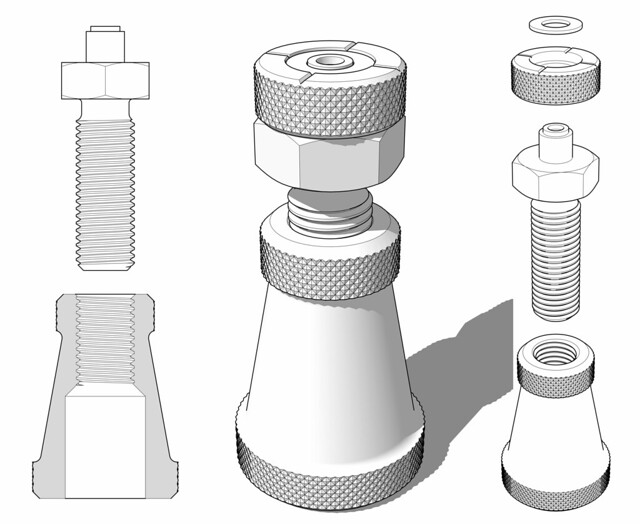 Thanks Simon. I suppose Fredo’s Animator could do that.

Nice work as always!
Did you create the knurling using a radial array or with true bend?

Thanks. The knurling was done as a radial array.

A great model that cries out for a render.

Thank you sir. Maybe after I go deal with the snow.

Maybe after I go deal with the snow.

Ah, yes! One of life’s most sisyphean tasks!

One of life’s most sisyphean tasks!

Especially this winter, it seems.

Google Translate tells me it’s something about the thread direction.

I wonder what it could be. There’s nothing wrong with the thread direction in either part.

Google Translate tells me it’s something about the thread direction.

Especially this winter, it seems.

Whereas here in Blighty we’re having the warmest February on record. It’s like a good spring day. Global warming working for us but not you?

Warming? Not so much. From yesterday. 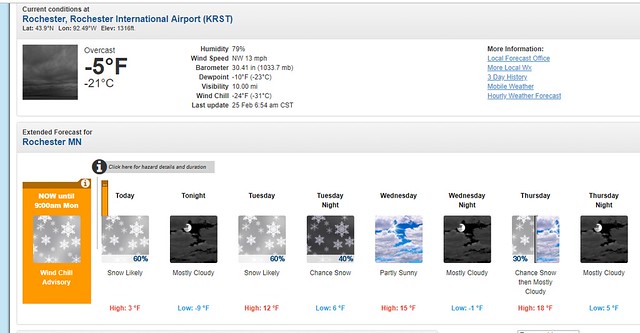 Sunday, after 13.5 inches of snow overnight and before the snow plow came by. A little over 40 inches of snow for us just in February. You can’t tell it from the photo but the pile at the left side of the photo near the street is at my shoulder height and I’m 6’ 1" 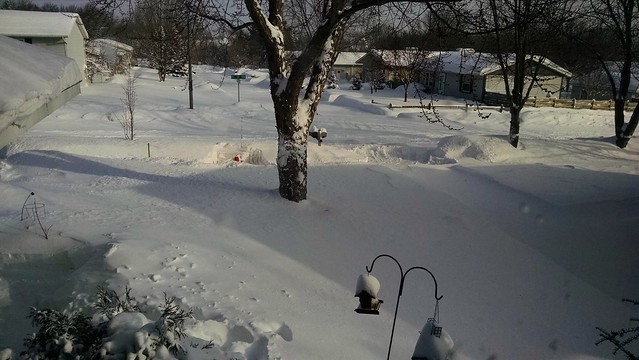 Some highways in the area are still closed or only have one lane open.

Read this and weep.

Yeah. I was chatting with my friend in Mansfield yesterday. He said it’s been downright balmy there.