I have read some threads from the past (most of which are 2 or 3 years old) that this issue used to be common, but I don’t seem to find a solution for it and as it’s still present in SketchUp 2017, I’m guessing it has not been fixed.

Whenever I load Sketchup on my 4k screen laptop, even with a different resolution, the displayed GUI is being scaled incorrectly - see below:

Is there a way of resolving this without messing around with the system registry?

There is no graphics resolution option in my Nvidia Control Panel.

At this stage it’s unlikely there’ll be any changes made to SketchUp 2017. Historically major version releases have happened in November so there might be an update for this issue in the next release.

It’s strange there’s no resolution or size control options in the nVidia control panel. When is the last time you updated GPU drivers?

configure the Windows scaling up to max. 150%

I can’t be the only one using Sketchup on a HD/Quad/Ultra dispplay (in my case my laptop’s native resolution is 3200x1800, my desktop uses something similar on 2 roughly 21" displays), yet it does not appear to accept window’s text scaling and I can’t seem to find a way to scale things inside sketchup (menus and other program text, not content). Anyone know how to fix this kind of thing so I can see it? In some cases you can drag the window larger and it kind of works, in others you just appe…

@DaveR
I have bought the laptop a month ago, so I assume it’s up to date as no updates have been prompted.

@sketch3d_de
The Windows scaling option doesn’t solve it, unfortunately. Even at 100% scaling, the problem persists.

A laptop purchased a month ago was probably built in March or perhaps longer ago than that. GPU updates are typically released several times a year. It’s a good idea even with a fresh out of the box computer, to check for and install driver updates

Even at 100% scaling, the problem persists.

close and restart SU for doing this.

There is no graphics resolution option in my Nvidia Control Panel.

should be something like the following… besides the notebook maker (make/model?) has disabled by a customized driver version: 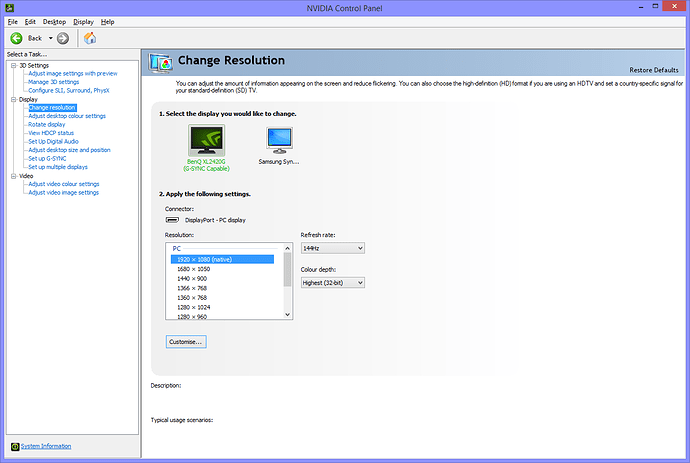 Yeah, I don’t have all those options. It seems that I need to update the graphics drivers too.

closing and restarting SketchUp after rescaling does not help, so the problem must be elsewhere. I’ll look into new driver updates.

I’ll just reiterate the need to update your drivers.
A new computer is normally one of the most out dated things in existence. You have no idea how long it has been in storage since it was first put together.

HP/Lenovo/Dell/Acer etc. do provide a system update tool which is regularly the most easy way to update all drivers/firmware/applications etc. without the need to download/install them manually and to know the exact specs of the hardware (which may vary even for model revisions). 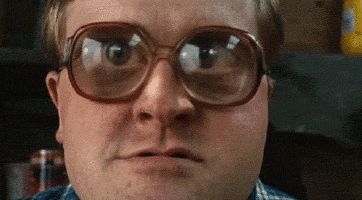 For me (my glasses are something like - 8.00) the alternative is to take my glasses off and push my nose to the screen. The screen gets greasy.