Vise Bolt (1).skp (687.0 KB)
I used Go Inspector and Outer Shell and made three solid components out of the six thread components that make up the whole bolt. I went through the inspection of the components and used both the fix errors and fixing other errors myself until I reached three solid components. Go inspector would show a solid component even though there were reversed faces. I used the Dave Method during part of the process to make solid subcomponents. The “Whole Bolt” component still shows three nested components. Outer shell would not combine the three subcomponents. I did a lot of erasing and redrawing lines and faces on the bottom subcomponent. I’m thinking taking the bottom part and copy/moving it to centered on the origin blue axis and copy moving it up twice to make a cleaner bolt and see if that solves the nested errors. Thoughts?

You’ve got things wrapped up in components strangely. 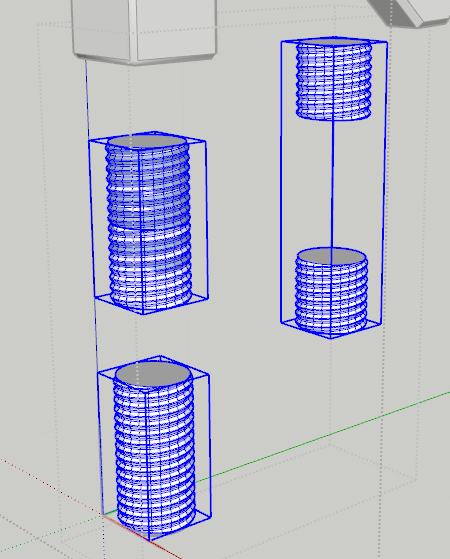 The top component has a bunch of reversed faces, too.

It might be useful to learn how to use Outer Shell, the other Solid Tools, and Solid Inspector if you start with simple cylinders.

I think you know that I want to learn about everything, including outer shell and inspector. I am researching as I go and will continue. I did not intend to make the components that way. Outer shell would not agree with inspector on what was solid and what was not. That led me to just use it where I could and the crazy combination.

In order for a component or group to be considered a solid, every edge in it must be shared by exactly two faces. No fewer and no more. So no stray edges, no holes in surfaces (missing faces) and no internal faces. That said, what appears as two separate objects as you have in your split screw component, can still be solid because it meets the edge sharing requirements. Example: I modeled the “cutter” for the openings in this wheel as four separate lumps of geometry in a single component. Then one use of Subtract cut all four openings at once. 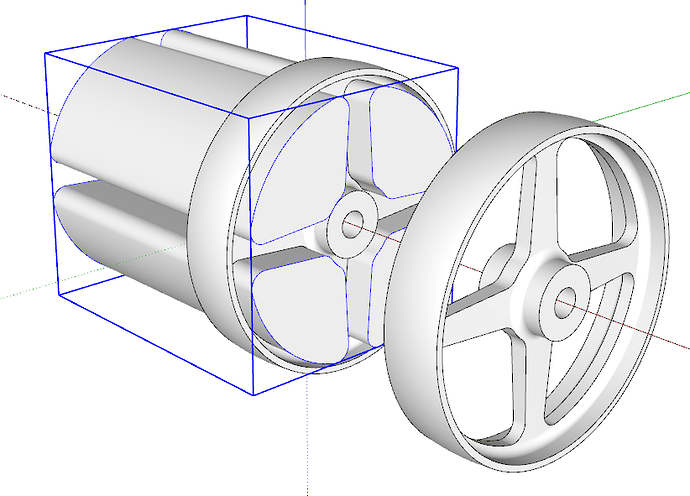 Vise Bolt (2).skp (433.1 KB)
When I use inspector, it shows two nested components. It says to edit each component and analyze it with inspector. When I do that and press fix errors, they show up as solids. When I select Outer Shell, it says they are not solid. So I get caught in this loop again. Any recommendations? 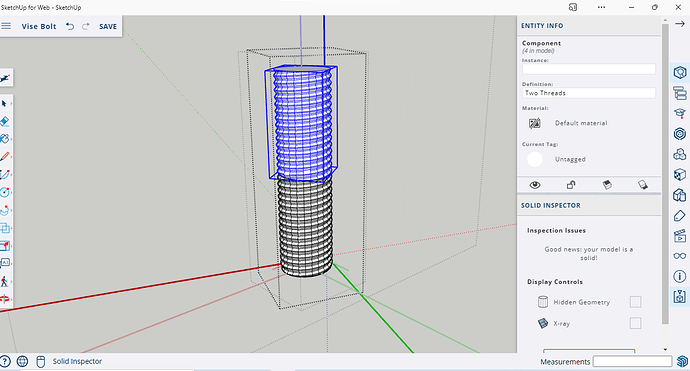