Uploading a large file into sketchup 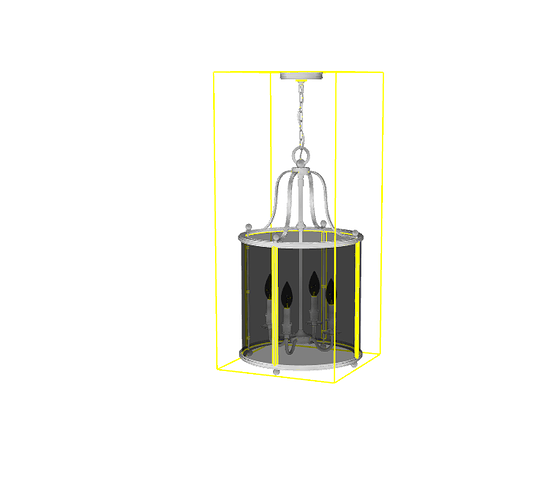 I also tried using the import option without much luck. I have copied and pasted large Sketchup Files before much larger than the light without any problem.

Is there something I am missing.

I just realized how big the file is. So far I cannot cut and paste the light into my Sketchup File.

Presumably you’ve opened it in a separate SketchUp file? Edit the thing to reduce the “weight” and get rid of unneeded detail.

I also noticed when I go to copy the light it gets highlighted by yellow lines instead of blue.

That’s not a big deal. It’s just a style setting in the file you got from Turbo Squid.

Is there something I am missing.

Probably that you just have an obese component there.

I search TurboSquid for the model. The specifications indicate it’s a pretty complex model. I expect it could be simplified fairly easily.

FWIW I made this model by looking at a photo. It still needs the bulbs and the chain but as it is, it’s only 170 Kb. Viewed hanging in a foyer or somewhere the low poly-ness of it will never be seen 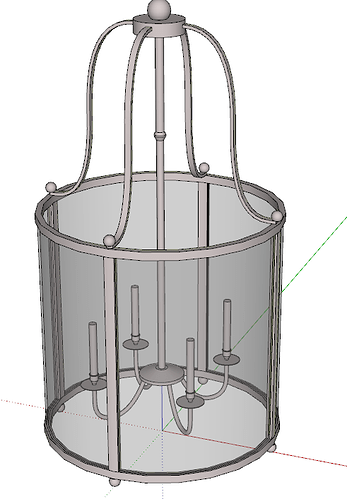 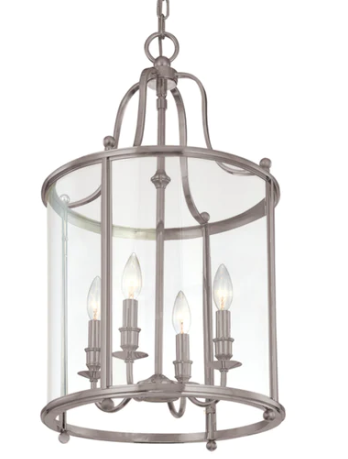 Have a good weekend