The Contents of my files has just gone and I thought it crashed - now no content other than dimensions and tag and whatever is in layout, so anneyed the backup is set to 1min, so that is the same. did not delete the contents but suspect after exiting out of inner groups that the delete top level group has happened… 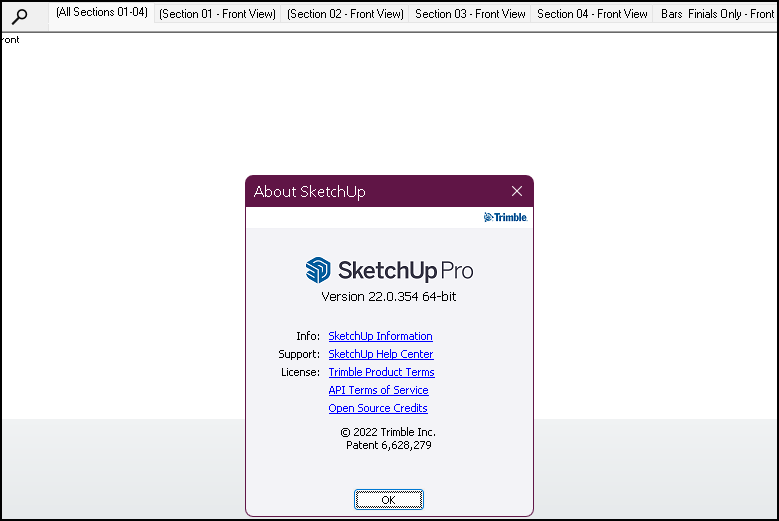 this is the version that I am using.

Here are some scene grabs

I can only upload one file so can’t show the others that I have grabbed…
so I have put the other screengrabs in the replies that I have made to myself.

I am looking for a solution can anyone offer any help? 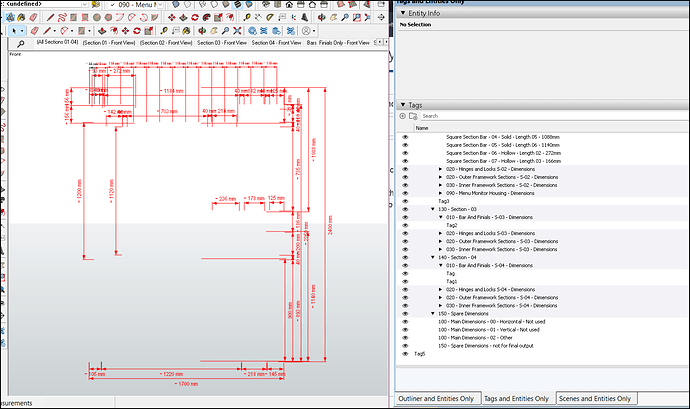 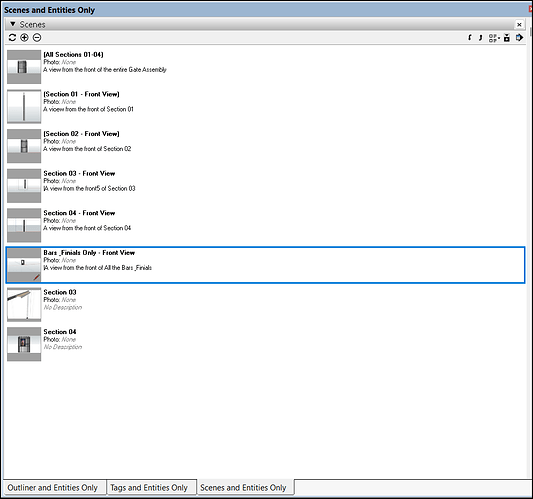 Share the SketchUp and LayOut files so we can see what you’ve got going on. Might be possible to recover it but without seeing the file there’s no way to know for sure.

Please correct your profile. It says you are using the Free (web) version of SketchUp which is clearly not the case.

and this is the Outliner View - everything has just gone??? 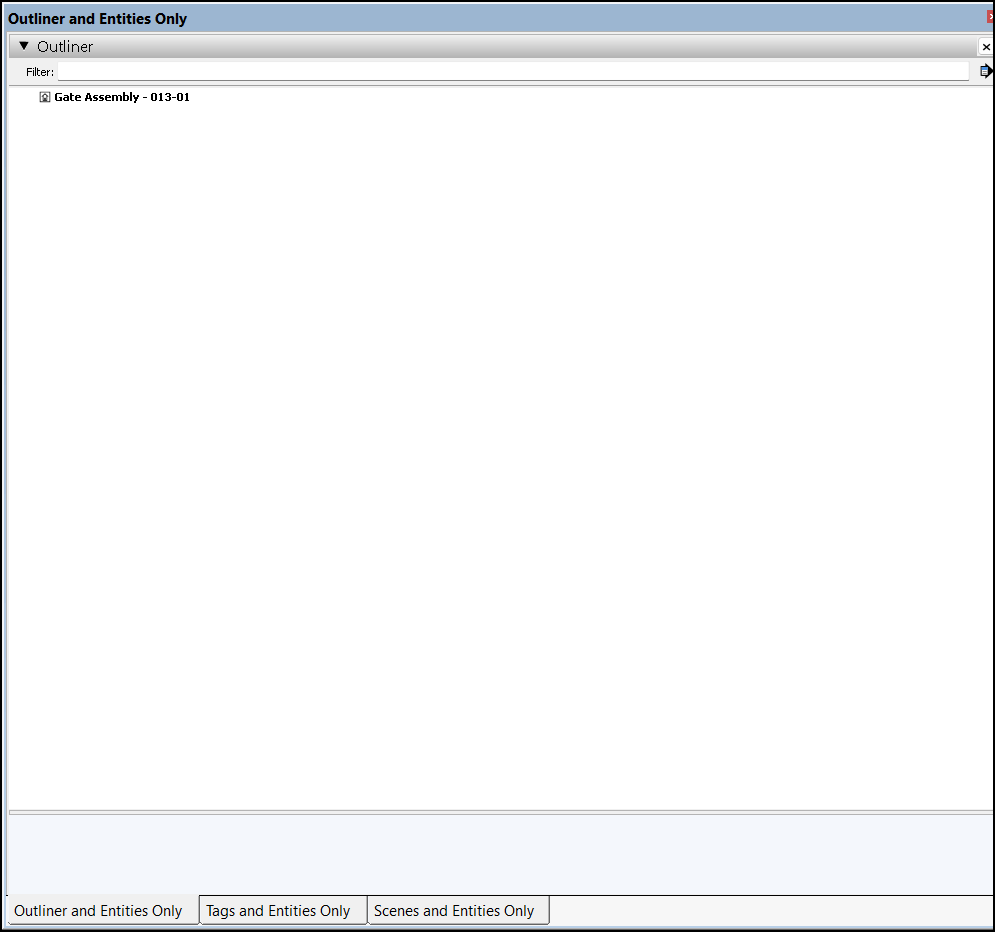 and this is the Tag View it still has 144 lines of items in it organised in folders and sub-folders etc. 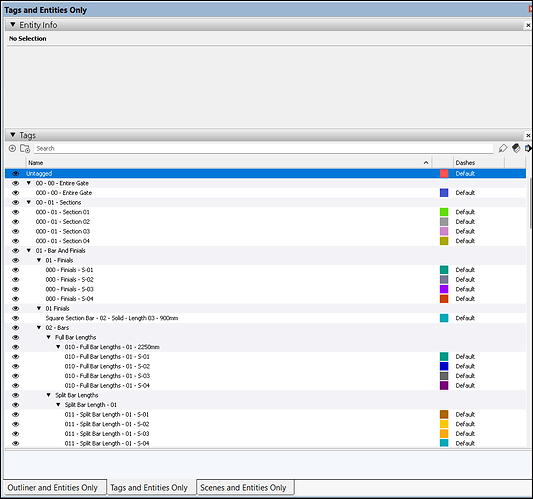 …and likewise the Outliner view had even more lines set up in it.

The only backup other than the auto one is a version of the file I had on Sat, three or four days ago but that is well behind.

is it possible to update that file with the layout file which have the changes in it by renaming the sketchup file to the current name being used?

here is the file explorer view of the files, the file looks like it may still have the data in it as the file size is bigger than the older version

Sorry I was in the web version and just recently downloaded and installed the 22 trial version of which I think I have 12 days left. so will look to correct that if possible. Thankyou
Gate Assembly - 013-01.skp (9.5 MB)
thiss is thlatest file where it looks like all has gone?

Where is the model saved to, a local drive or in the cloud?

thiss is thlatest file where it looks like all has gone?

All I can find in the model space is shown here. 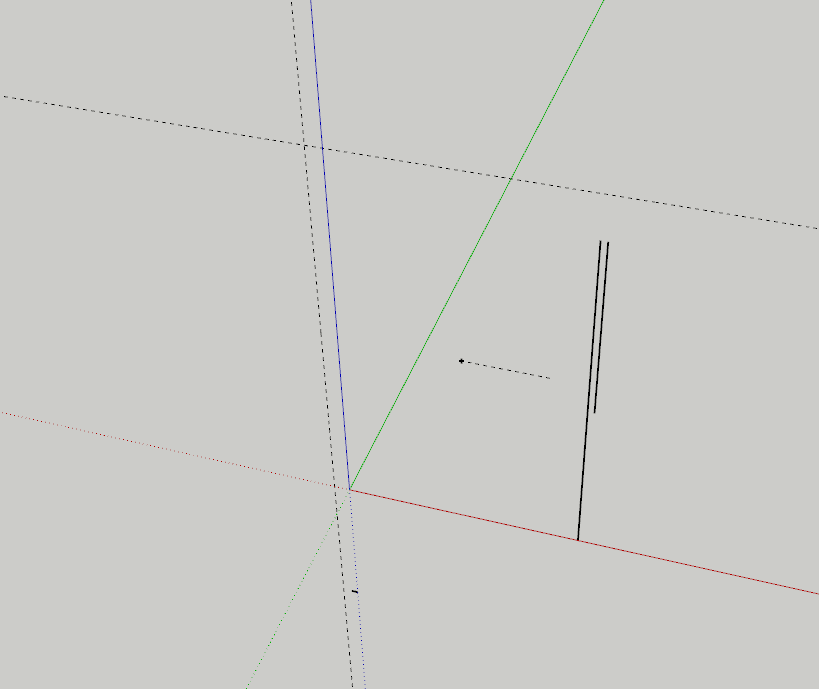 There are a lot of In Model components but none of them are in the model space. 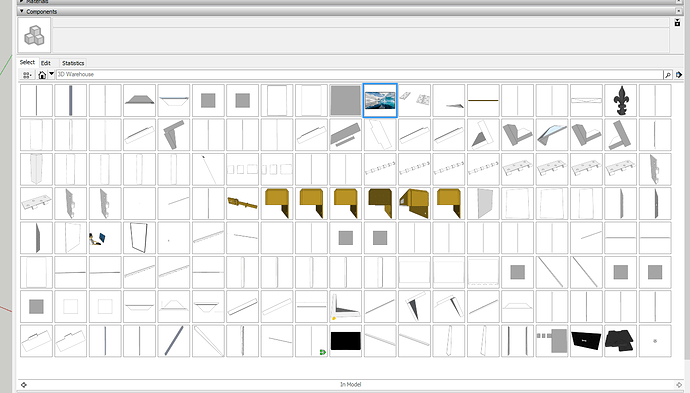 I do see incorrect tag usage. Untagged should ALWAYS be active, all edges and faces should be untagged, and only groups and components should get tagged. 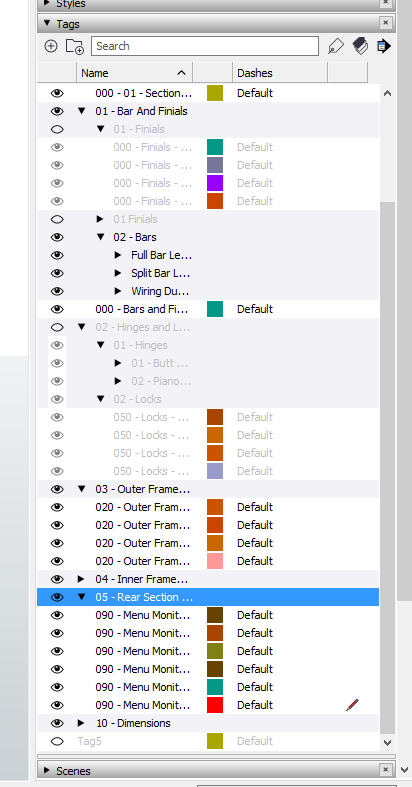 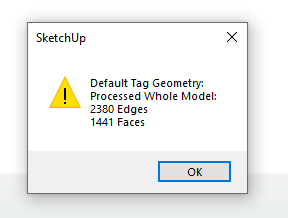 It would appear that at some point you’ve deleted the majority of the model. Exactly how is hard to say, though.

this is the older version

In your second file there’s a gate, anyway. You’ve modeled it upside down and rotated the axes. Resetting the axes puts the Blue axis pointing up as it should be. 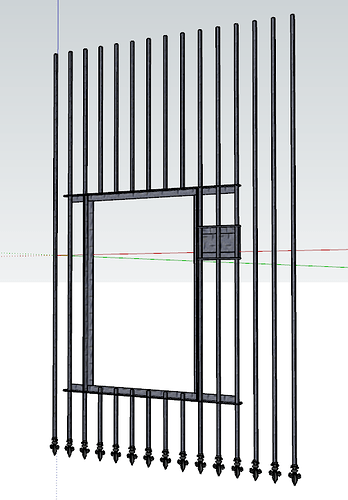 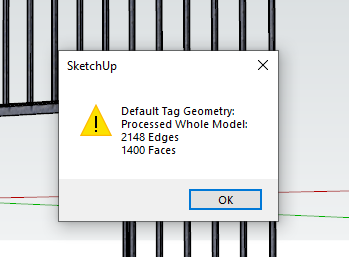 And a load of unused stuff. 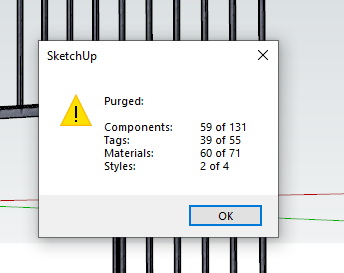 There’s a lot of unneeded nesting and the finials have exposed reversed faces.

Cheers for replying so quickly Dave - Tha is what I sort of think - but in retraceing my steps I did not delete anything, what I did do is as I said I was updating dimensions and putting them in the correct tag layers, so I could switch them on and off at will in layout easily, I completed a set of dimensions then returned to the top layer as I have done many, many time before, took the image set to layout came back after adding a new page in Layout and then gone - everything but dimensions seemed to be blanked out and gone - so thinking this was a memory issue saved my file and restarted but to the same result. The wierd thing is though this latest file is still bigger in size than the older one, surely if all was gone the file content would have been reduced by a big amount? No!?

then returned to the top layer as I have done many, many time before,

Again, you should NOT be changing the active tag. Leave Untagged active at all times.

surely if all was gone the file content would have been reduced by a big amount? No!?

Do you see the model in the viewports in LayOut?

I know that is one of te reasons for the new file that I did, the finials were downloaded from the warehouse and upon closer inspection they are not fully closed at a solid object but for what I am doing in this excerise it was only for display aspects in order to show what the gate assembly would look like with finials on, as apposed to none, etc.

Thank you for doing that will have a look and see how much work I have actually lost… Duhhhh!

it is a pity Sketch up doesn’t have a version functionality? where by every so often a stepped change of events is saved in the file to revert back to if needed e.g. as in this case…

You could clean up the finials with little trouble.

it is a pity Sketch up doesn’t have a version functionality?

It does. Use Save as… and increment the file name.

I’ve used SketchUp since 2003 and I’ve never once had the contents deleted from my file without some action on my part.

That sounds like good saving technique but I take it it is manual to do not timed etc.

and I relealise that it is for sure something I have inadvertantly done, maybe a twitch of the mouse buttons or something, as that has happened when editing tags and the like but in those cases I was just able to used the undo/redo functions to put it back the way it should be. this obviously is differt as I inadvertantly safed the error to file. so Cheesed off… right now…

I know the finials are a issue but as I said, I was ignoring that as they were only for final show. I was going to look at the later possible and tidy them up for future use - and maybe put them back in the warehouse for others to use without the eroneous blips that they currently have.

but I take it it is manual to do not timed etc.

One thing that some users have done is accidentally hit Erase when they meant to use Hide in the Context menu.

Something you might have done is deleted tags and then opted to delete the objects to which the tags were assigned.

No definately didn’t do that. as never used the CM in what I was doing at that time, my background is in IT/Construction and Design and I am very festidious in most of what I do, so I am constantly analysing and watching, tracing what I do so as to possibly improve on the next occassion that something the same or similar occurs

Wasn’t deleting or for that matter adding as I tend to try and do those operations in batches so I cover future events of where a tag will be needed. Cannot for the life of me believe that I deleted the complete top level group with all that it contained except for a for incidental early arrangement dimensions which seem to be outside the top level grouping - just floating around in the first layer - as that would seem to explain there remained presence. - Hey - Hum! - Just have to Start again from Saturday…

Just one last thing - I take it that even though the imagery is captured in Layout the data is not so cannot reverse update the file? from what I have read I think that this is not possible?

Many thanks for your time again - I truel appreciate it

All I can say is make sure you are following the correct procedures as you go, especially regarding tag usage.