Styles question about differences between SketchUp and Layout

Hello, I am trying to understand Layout and Sketchups abilities. I have found that I can create and even mix styles in SU to create the kind of style that I want, colored with sketchy edges. However when I go to add text there are limited options, such as align center. That option is available in Layout but the option of mixing styles is not.
How do I get both of those abilities in 1 program?

You would set the style any way you want in SketchUp, then send it to Layout. In Layout you can add the text you want.

How do I load Styles in Layout?

You don’t need to load the style into LayOut. The style is part of the scene’s attributes. Create a scene in SketchUp that uses the style you want to use and use that scene for the viewport in LayOut.

In case you’re struggling to grasp the concept, here’s a video that might help. Do keep asking questions though, I’m sure they’ll be answered.

Thank you for your replies. The best answer is to create the style in SU then send it to Layout and add text there. Thanks again.
Robert

The best answer is to create the style in SU then send it to Layout and add text there.

More precisely, apply the style to the scene in SketchUp and use that scene for the viewport in LayOut.

Also make sure you don’t do anything that results in the scene showing as modified in the SketchUp Model utility window in LO.

If I make changes in SU how do I update the model in layout?

If you open the LO file after editing the SketchUp file, the References window will be displayed alerting you to the fact that the SU file doesn’t match the LO file. You can select the SKP file and then update the reference.

If you open the SKP file by right clicking on the viewport and selecting Open with SketchUp, alll you need to do is save the changes in SU and go back to LO to have the update happen automatically.

I adjusted the Style in SU. Saved. Found where to up date the reference. But the style didnt change and shows as Modified in the Style tab. What am I missing?

So it shows the scene as modified in the SketchUp Model inspector window in LO? Since you modified the scene in LO, you’ve disconnected the viewport from the original scene which is what I said not to do.

Thank you, Dave. I learned that I have to have a Scene Tab created in SU in order for it to work. Save.

I learned that I have to have a Scene Tab created in SU in order for it to work.

You should be making a scene (and thus scene tab) for each view of the model you want to show in LayOut.

Also, if you make changes to the style and then either update an existing scene or make a new scene, you must update the style or create a new style. If you don’t update or create new, you should get a message window asking you what you want to do with the style. That message can be disabled but don’t do it. If you aren’t updating or creating new, the changes you make to the style will not show up in LayOut.

Where would I find more styles on the web? I am looking for different face styles that I can add Sketchy edges to.

I’ve made quite a number of my own sketchy edge styles. Examples: 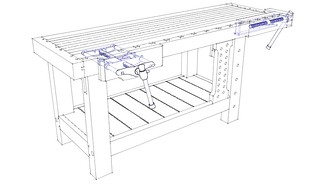 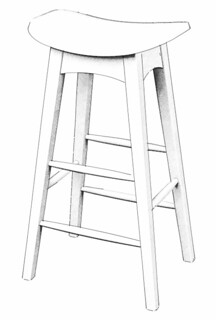 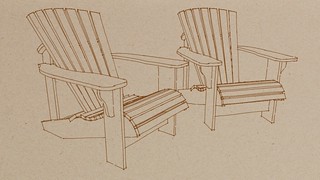 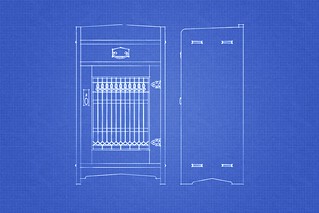