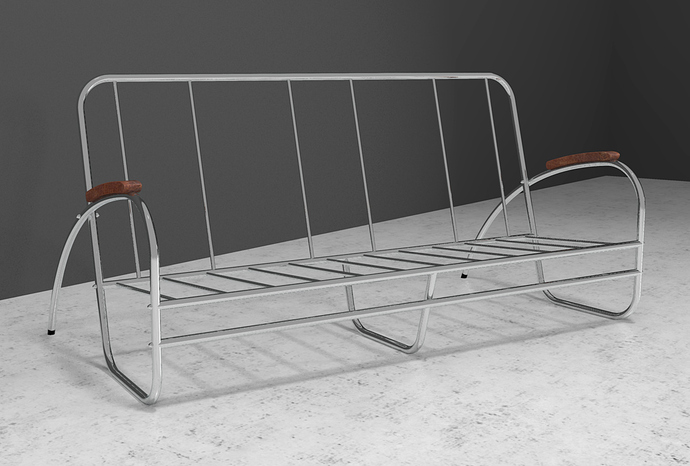 Streamlined couch frame1246×843 216 KB
A practice model based on a steel tube sofa frame from the 1930s. Still needs the leather upholstered cushions but I think the frame looks cool by itself.

Pretty simple SketchUp stuff. The only non-native tools used were TIG-Weld and Fredo’s Round Corner on the armrest cushions.

Yes it will a shame to cover it up with cushions…

Can I just pick your brains?

Curious how you did the side/end frames. Is that just using follow me?

Can I just pick your brains?

Yeah. But you won’t get much.

Curious how you did the side/end frames. Is that just using follow me?

Yep. I drew the center line of the tubing and put a circle at one end for Follow Me.I actually only drew half of it and made that a component which I copied and flipped to make the other half. 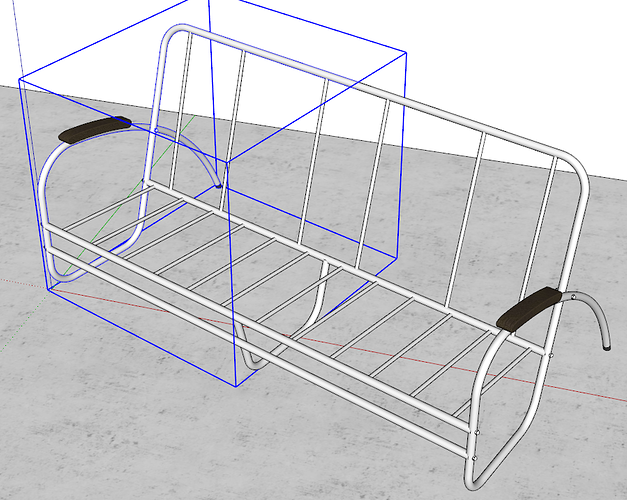 If there’s anything at all tricky, it’s remembering to separate the centerline where the armrest curve passes the back upright by enough so the tubing gets created properly.

And then ‘rotating’ the circle to make the tube pass each other?

And then ‘rotating’ the circle to make the tube pass each other?

What? I just made sure the upright for the back came up inside the path for the curved armrest/back leg. The tubing is 1 inch in diameter so the space between the parts of the path where they cross needed to be 1 in.

Apologies, me being thick