Here are some non-rendered* direct sketchup export images (with Photoshop). The general process is to export four images from sketchup with the same perspective:

I then combine the four layers in Photoshop. The shadows are turned to 100% black and then if I want them lighter I simply turn down the opacity. 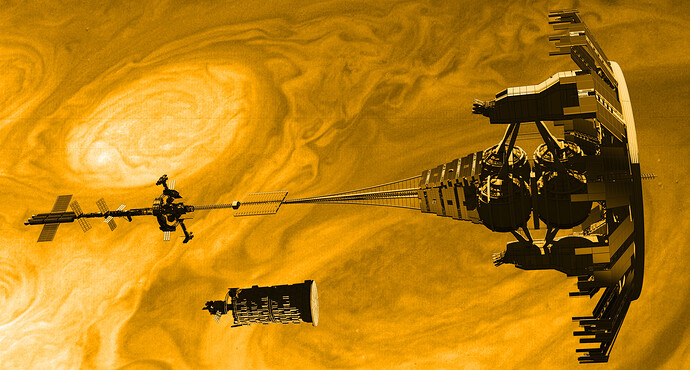 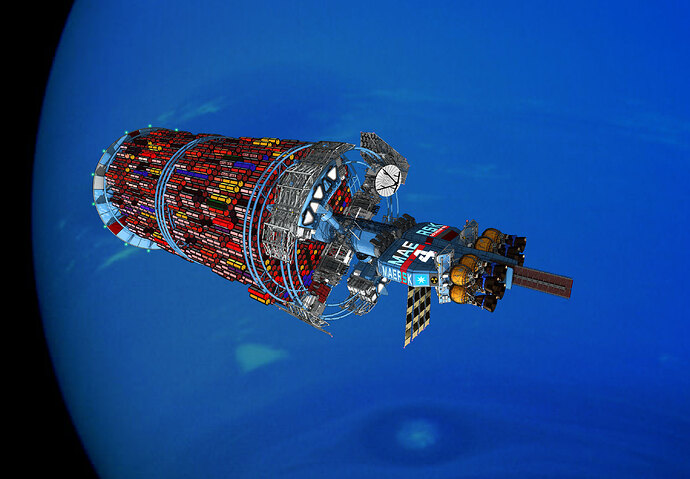 The VASIMR engine is highly efficient compared to a traditional chemical engine able to move 34 metric tons of cargo to a higher orbit for only 8 tons of expended fuel. However the trade off is that it’s incredibly slow taking months to achieve this rather than days.

Therefore crews in the haulage business will typically sign up for a 12 month round trip tour. Although this type of work does not pay very well compared to the 10+ year interstellar tours, the trade off is that you always get a good view and are no more than eight hours from a conversation with home. 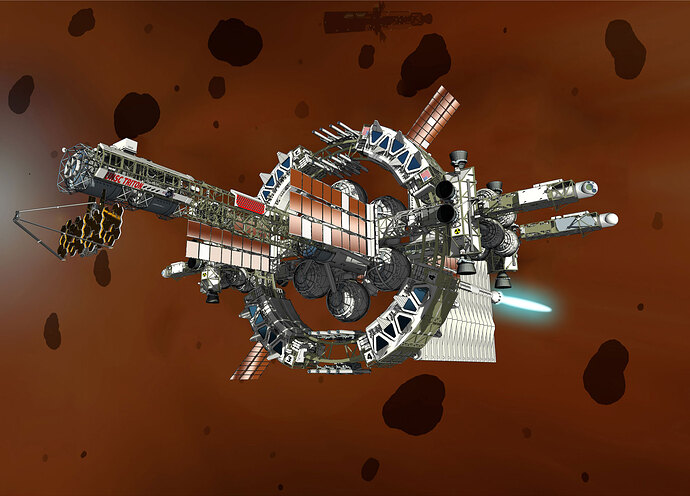 Awesome! Right up there with Ron Cobb’s creations.

Space X Mars shuttle braking into Mars orbit. Powered by a Linear Fusion Gasdynamic Mirror Engine it’s able to complete a 170 day round trip between Earth and Mars on a standard Brachistochrone trajectory (accelerating to 50% distance then flipping around and decelerating for the remaining 50%).

This specific ship has been contracted by the Chinese government to transport workers for the Mars Elevator construction programme. It will be met in Mars orbit by a fleet of small shuttles to re-supply and perform basic maintenance before the trip back to Earth.

You can read more about it here: Realistic Fusion Designs - Atomic Rockets 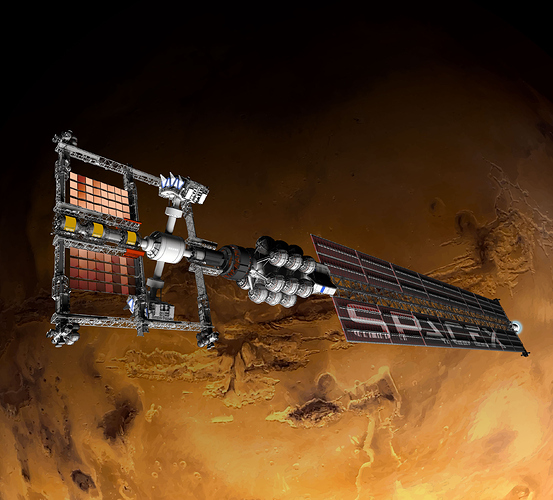 (this one used a clay render base)

I’ve used the multiple export before to dome some architectural rendering… I’ll have to put that technique into some more practice.

I have a short tutorial here (ignore the clay render part it’s not needed and in this case was not used anyway for the final version).

This would be an example of an architectural subject I did with the same technique Mike (ie: no rendering just using native sketchup export options). Not included in the above tutorial but any materials like glass, metal and reflections are handled using gradients in photoshop and then altering the blending modes, usually ‘overlay’ or ‘lighten’.

Very interesting. Thanks for sharing that.

So you use multiply for the linework? I’ve used a more drawn out process to lay linework over color described in this tutorial.

I presume you use a Photoshop perspective grid to lay in the decals?

Oh yes you can do it much quicker with blending options and nobody can really tell. Depends on the lighting you want and colours used but multiply is usually a good option. I just eyeball the decals, if I was doing something for a client and it has to be pixel perfect then I may draw some type of grid.

Here, I have shared one of the images above as a PSD file as well as all of my source files. I used a clay render as a shadow map in this instance. Because I was going for realism I needed soft shadows at exactly 90 degrees to the radiators and Sketchup was not behaving nice so I did it in Thea instead.

I posted these previously but they are examples of just sketchup linework: 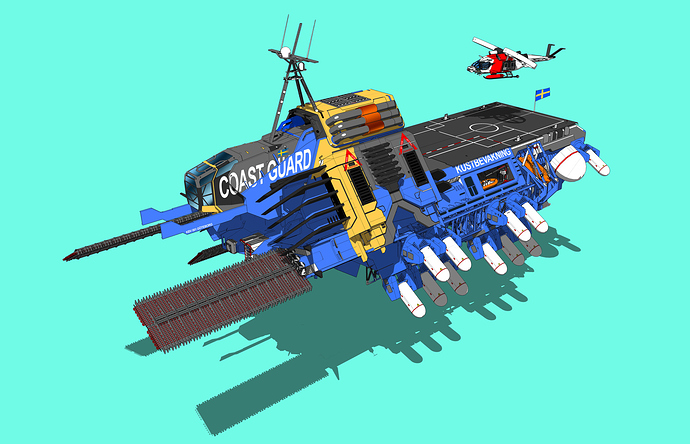 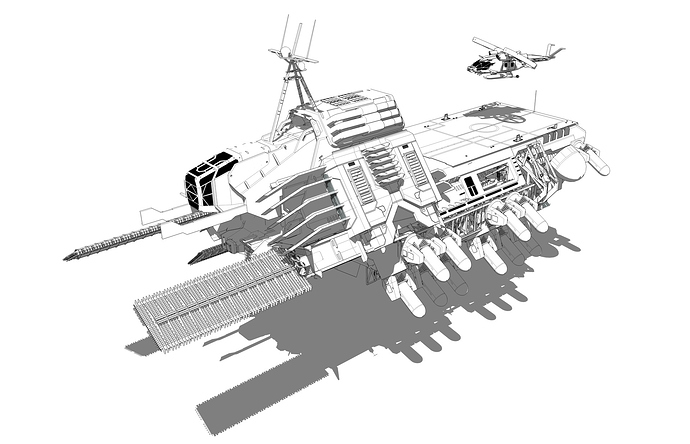 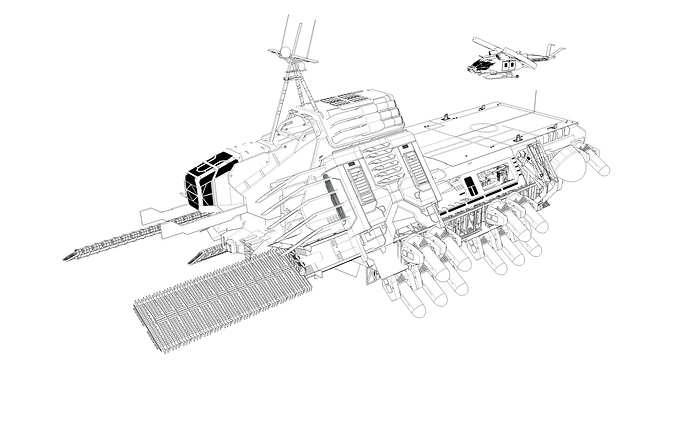 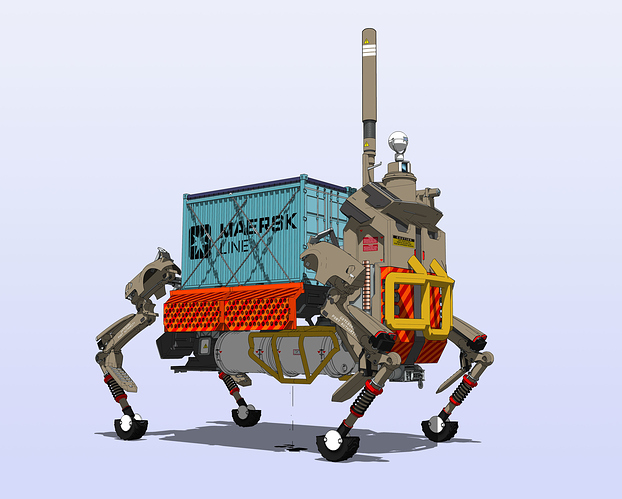 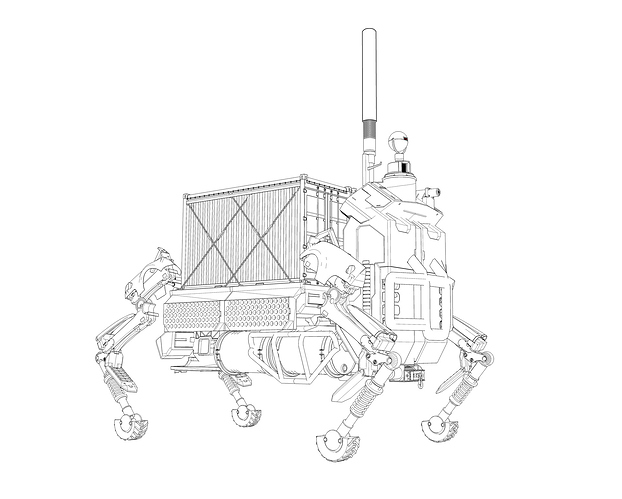 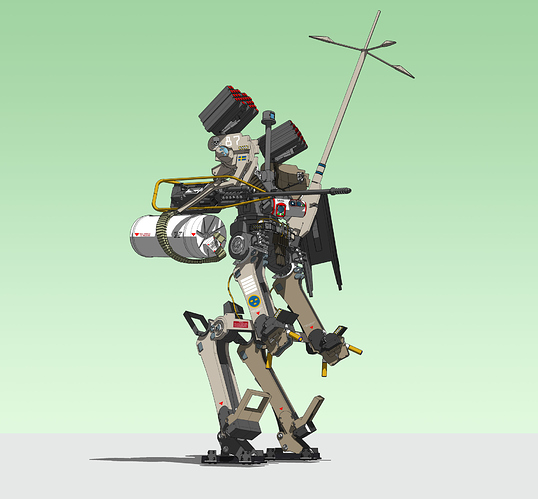 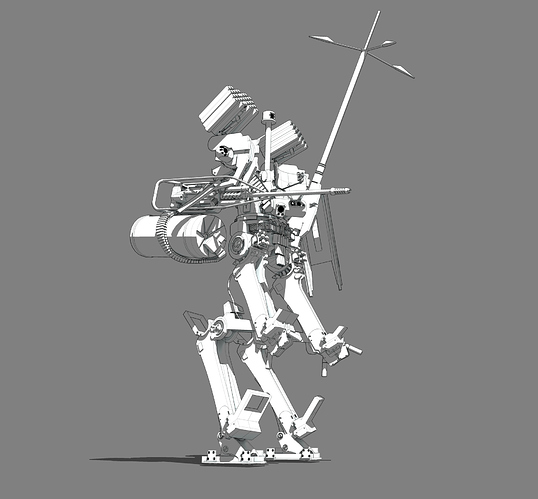 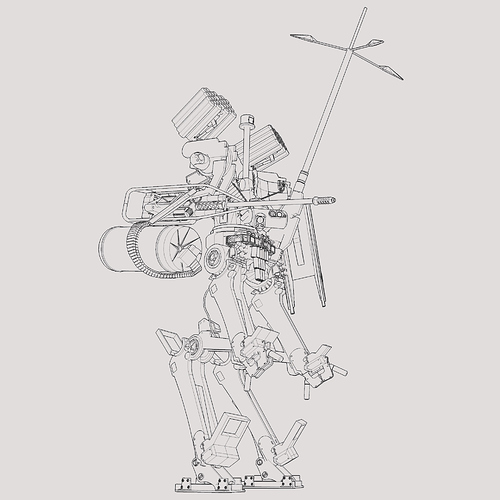 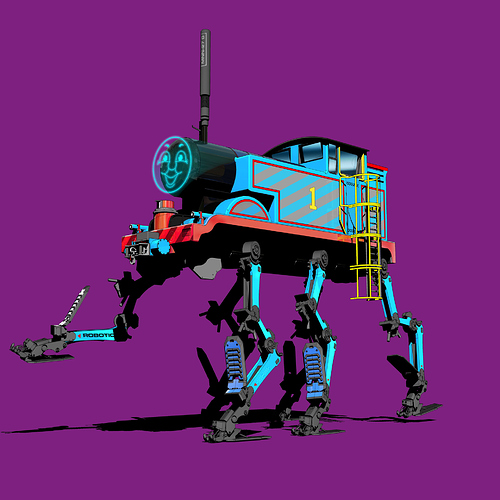 BTW, did you make the shipping container, or find it somewhere? I ended up making a shipping container once from 2D drawings I found because what I found in 3D Warehouse was either too simple (box with a photo texture) or too much information (eased edges on every edge and corner - a gazillion polygon count).

I found a couple by the SketchUp team that I think are a good compromise.

I think it was this one but can’t be sure: Reefer ver.B - 10ft Standard Container | 3D Warehouse

As I am only using the models for illustration reference poly count does not really become an issue for me.

Thanks. That looks decent.

Time flies. Double checking, I realize it was June 2014 when I started on it. This and some others were posted since then.

Discovery mobile habitat. Got the cool wheels from Bryan K over at Sketchucation. 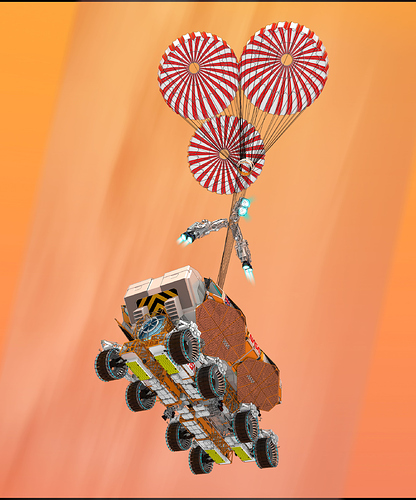 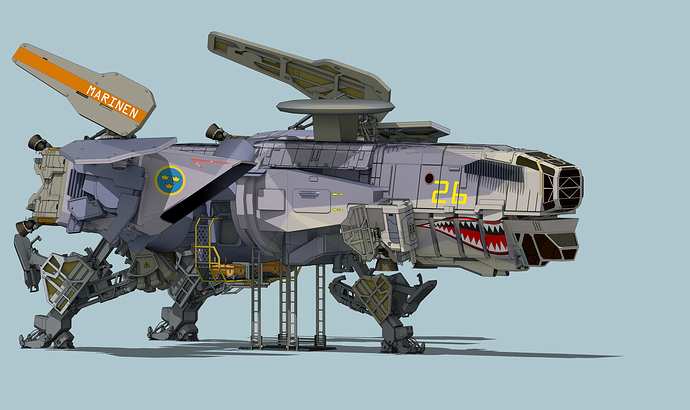