Hi everyone! I am trying (unsuccessfully) to blend the protrusion into the bottom plate and round the corners using radii. Photo of actual piece attached as well. I tried follow me, and using solids. Not quite sure how to do this using native tools.

I have attached the file for those who may want to use it. 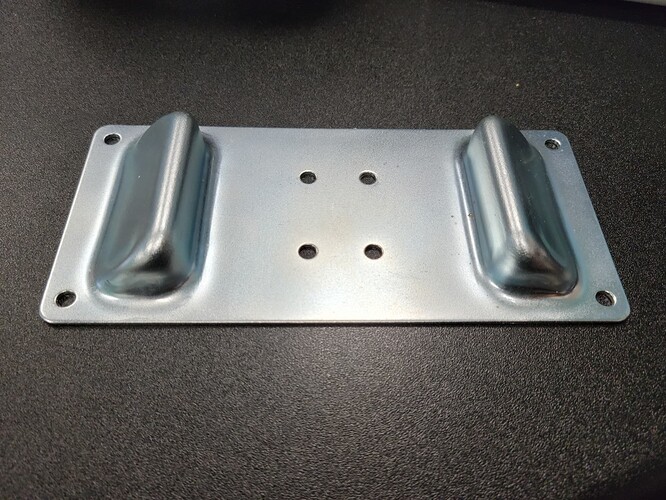 How will you be using the model once you have it completed?

Would something like this fly? I lowered the angle of those parts to more closely represent the photo you shared. 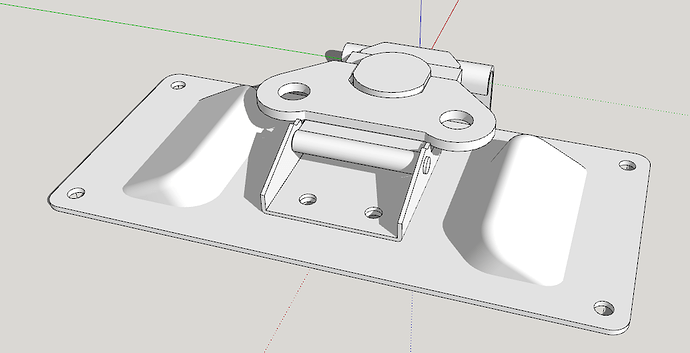 For all intents and purposes what I have drawn is good enough since the scale of it relative to what it is placed on is fine. I was looking more to learning how to do this and if it was possible in Sketchup. Another user, Peter Saal, has already uploaded it, Sessions Latch, to the warehouse, but I am uncertain if it was created in Sketchup. (I have reached out to hm and await his reply) The file is quite large so I am sure there is a lot of complex geometry being used to create it.

The image below uses the one I have downloaded from the warehouse: 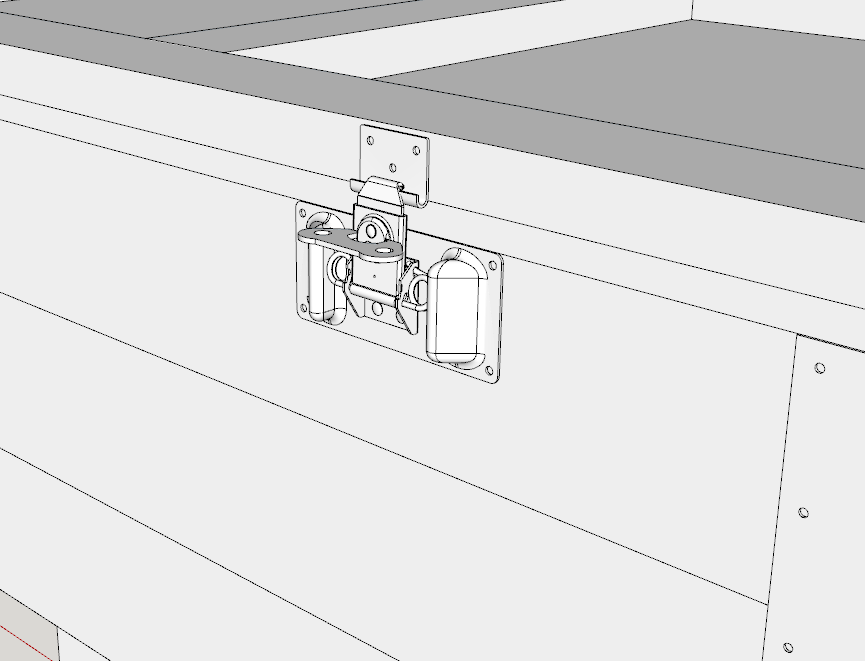 Ok now I am jealous! How did you do this? The protrusions protrude slightly above the latch to protect the latch from catching another surface/object and tearing away from the surface.

I elimated your raised areas, drew a box with rounded corners and used FredoCorner to put a radius on the top edge. Then I rotated it at angle and cut the bottom off so it’s flat. I hid the bottom faces and perimeter edges after placing the bump on the backplate. Of course there are two copies of the bump component. 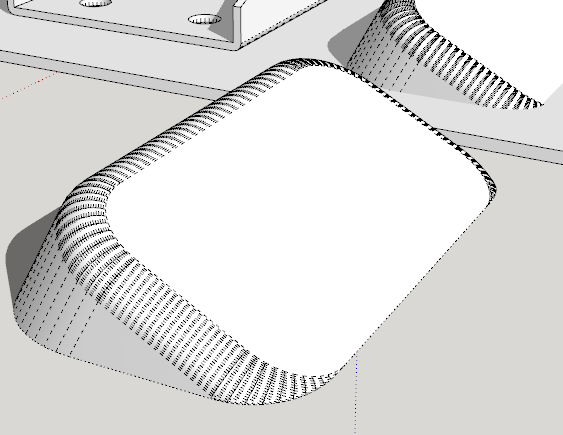 If I were modeling this thing to be used as a piece of hardware in a larger model I would halve, at least, the number of segments in the curves.

Thanks Dave this looks great. Out of curiosity is there anyway to blend it into the bottom plate like the actual piece? Again for learning purposes. I know from my old days of drawing on the drafting board I could draw it in 2D and then let the die maker grind and blend the die accordingly. 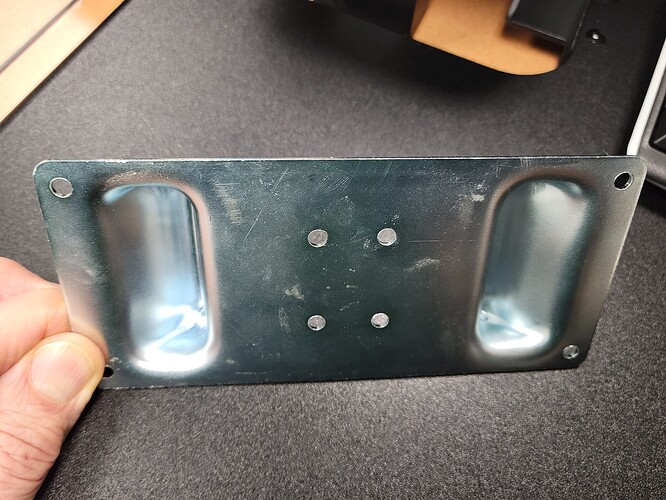 Yes, you could make the top surface and then extrude it all with Joint Push/Pull. If you are going to do that I would suggest modeling with Units set to Meters to avoid the tiny face issue. So your plate would be about 6-1/2 meters long in the model. You can scale down later.

Thank you Dave, as always you have been very helpful!