I finally really learned how texture positioning works in SketchUp. We moved our retail store into a new building last week. 256 sections of merchandise and about 15,000 unique items. To complicate things the aisle and shelf layouts were different in the new building. Less aisles but longer runs. I got my 12 year old son to take a picture of each four foot section, and in many cases two pictures due to the aisles being too close together, and the shelves too high. Then I imported the pictures in to the new layout (SketchUp file) and positioned them on the gondolas. Took a bit more time than I anticipated. About three days working at it several hours per day. Prior to moving day I printed a picture of each section including the section number, and laid it with on the shelf. When moving we put all the merchandise from one section on a pallet and laid the paper on top. That made it easy to place the merchandise at the new location. Even so it took two full days to move everything. It would have went a bit faster if I would not have had to reuse the same shelving.

Here is a link to the model. (Be patient it takes about a minute to load with all those pictures).
I was disappointed that the model wouldn’t load on my iPad mini. I had hoped I could carry that around to use as a reference. 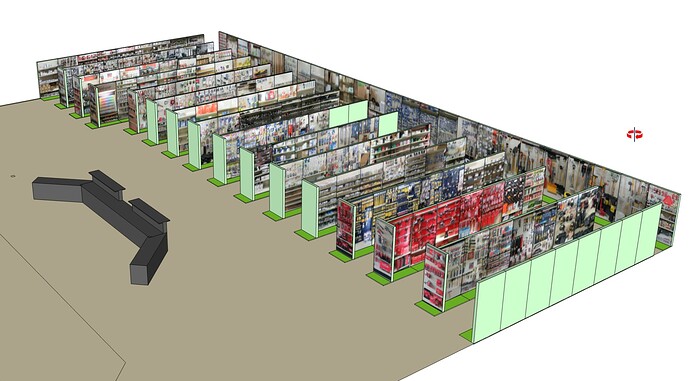 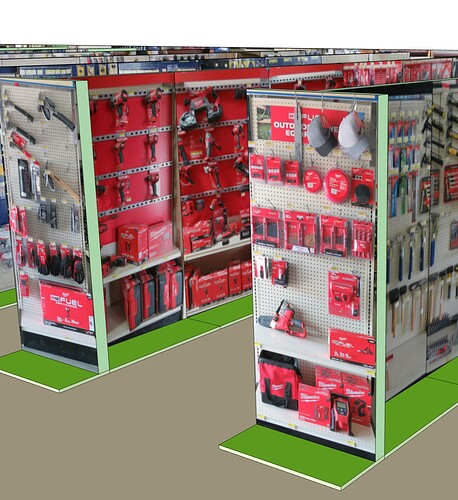 Some end caps needed to be filled with promotional items, and missing tags still added, but after two days of being closed we were ready to open in the new building. 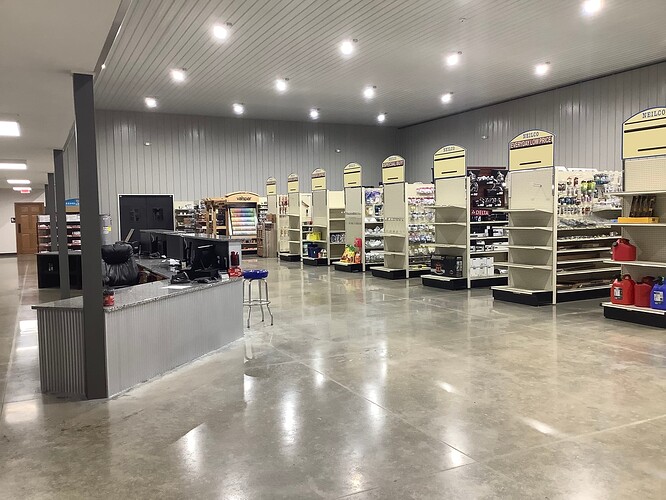 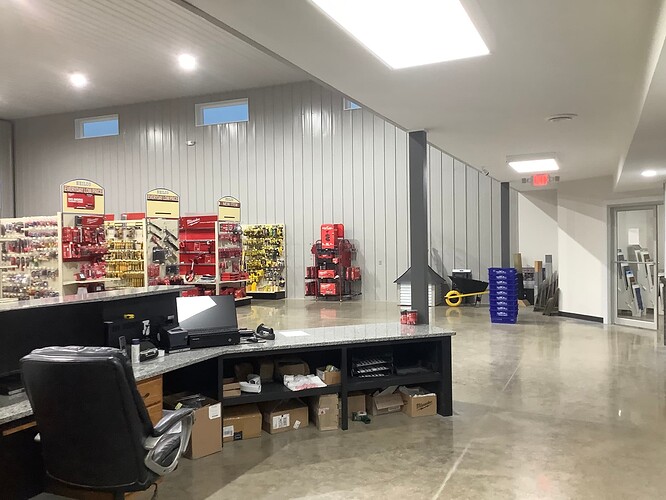 Really great use for the application, very clever.

And a flythrough animation.