Made a prototype need help making some adjustments

Made this a few months back and finally got my prototype in the mail. Ran some tests and I need to make some adjustments but am having trouble remembering how to use sketchup. Would you please help me do the following.

Making the cone 150mm wide is the easy part. For the rest I think the least work would be to redraw at least the cone with the openings the way you want them. You could draw one and use a radial array with Copy/Rotate to create the rest of them.

Ive gotten this far but can’t subtract the boxes from the cone because its saying the cone isn’t solid. 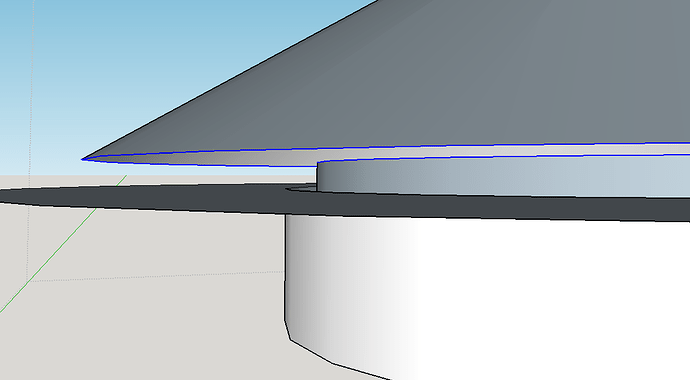 Connect them with a face and your cone will be solid.

Do you really want that larger gap between the windows at the one location?

I just realized the missing window and added another section. Not sure how to add that face you mentioned to make it solid though.

Hide the cone surfaces temporarily and then draw lines from the outside rim to the inside. I drew two lines and the face filled in. Then I deleted those lines. Then unhide the hidden faces.

How do I hide a face?

Right click on it and choose Hide. Unhide it from the Edit menu.

Note: If you have Hidden Geometry turned on in the View menu, the surface will appear as a mesh. You’ll want to turn it off in this case.

You have to open the component for editing to have access to the surfaces as well as add the lines to create the face.

i think it keeps eliminating the face when i delete the lines.

Any chance you’d be willing to just send me the file done?

Oh the fun with Solid tools

Wow. This is great! Thank you!

This is perfect except the exterior diameter of the bottom cylinder needs to be no more that 70mm wide and here it is 125mm.

So you really just needed someone to draw this for you?

Now that you have the model Chris made, you can modify so the base is the diameter you want.

Yah. As you can see I tried futile to do it myself. I do appreciate your help. How do I adjust the size of the base?

The easiest thing would be to modify the cone shape before the solids are intersected with it.

You’d have had this with much less back and forth if you had just asked someone to do it for you and given all the required dimensions up front.

Would someone please help me make some modifications to this design. 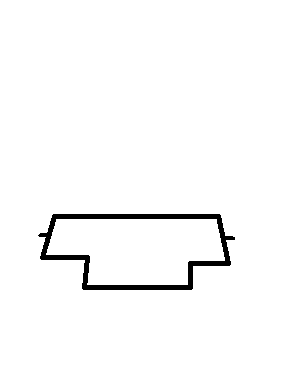 So, Roland, have you by any chance considered availing yourself of the copious instructional resources so you can figure out how to do this stuff yourself?

Yes but last time DaveR said that i’d have saved myself a bunch of trouble by simply asking for someone to do it.