Layer visible in sketchup does not show in layout

I have drawn a temporary layer with floorplan interior items. Thes will become 3d objects in a later designfase.
The layer ‘NW interieur’ is visible in sketchup scene ‘BA 1e NW’ but does not show in layout with the same scene active. I did not edit the scene in layout. What did I do wrong or is this a bug?

I created a scene in SU and imported the model in layout with this scene active.
the scene is updated and the model is saved before updating in layout.
The model is to big to drop here, so these are links to my dropbox
sketchup model
layout model

Are you still using SketchUp/LayOut 2018 as indicated in your profile?

The entities which are assign “NW interieur” seem to be visible. If you aren’t seeing the same, I would suspect first the graphics card.

If you were using SU/LO2021 or 2022 you could deal with the issue by stacking a couple of viewports. One on top showing this tag and the one underneat showing all the other tags.

I see incorrect tag/layer usage in your SketchUp model. ALL edges and faces should be untagged or have Layer0 applied to them. 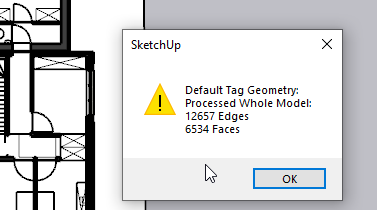 Quite a lot of unused stuff in the model, too. 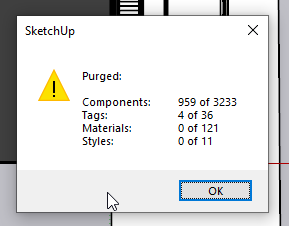 I opened your Layout and SketchUp files and got the same result as DaveR - also agree that the layering system could use some refinement.

Hello thanks for your answer. I use SU 2022. About the stacking, should that be don in SU or in LO?
About the tag/layer usage, I remember now you told me before. How does this work, only use tags/layers with components? Or how is this done?
I ordered a few lessons to learn SU and LO better. I’m not really share what you mean by incorrect usage of tag/layer.

If you guys have suggestions for this refinement, please let me know.
Thanks a lot, I’ m still learning.

It would be done in LayOut. You can use the same scene for both viewports. It will take some repairing of your model, first, though, due to the nesting of objects and the way they are tagged.

only use tags/layers with components?

Yes. Only groups and components are given tags. ALL edges and faces a created and remain untagged.

I’m not really share what you mean by incorrect usage of tag/layer.

Incorrect usage of tags (they used to be called layers) in your model is giving tags to edges and faces. Again, all edges and faces should be untagged.

Please update your forum profile to show that and the current Mac OS version.

If I get some time I’ll try to make an example for you of what I’m referring to with the stacked viewports.

Here’s an example with a different model. I was going to clean yours up to do it but it’s pretty convoluted the way you have it set up. 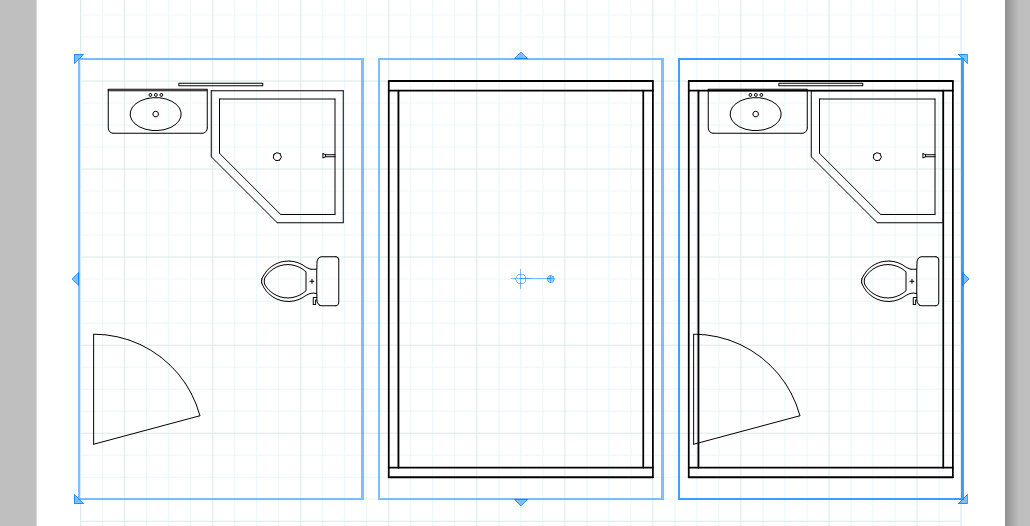 Here’s an example of my layout drawing assembly (building on DaveR’s comment(s) above): I tend to use as few layers as possible - the “VP” layers are stacked viewports. Everything on the “Sheet” layer appears on every page. NOTHING lives on the “Default” layer. Each layer is (usually) a scene in SketchUp. As an example, the “VP-NEW” layer on this page is only a scene called “01-NEW” in SketchUp, The “VP-EXIST” layer is only a scene called “01-EXIST” in SketchUp, and so on. 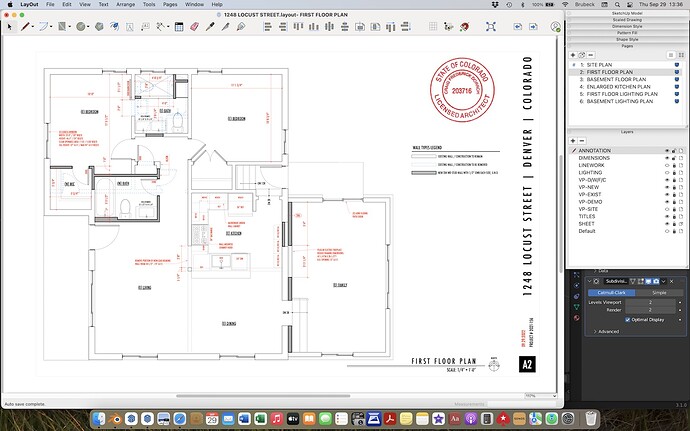 In SketchUp, the existing walls are grouped and that group is placed on layer/tag “01-WALL-E”. When that group is opened, all of the elements are on the “Untagged” layer/tag. The same applies for all of the remaining model elements. Each SketchUp layer/tag contains a group (NOT individual elements). This helps prevent cross contamination of separate drawing elements. Does this help or am I making it more confusing? 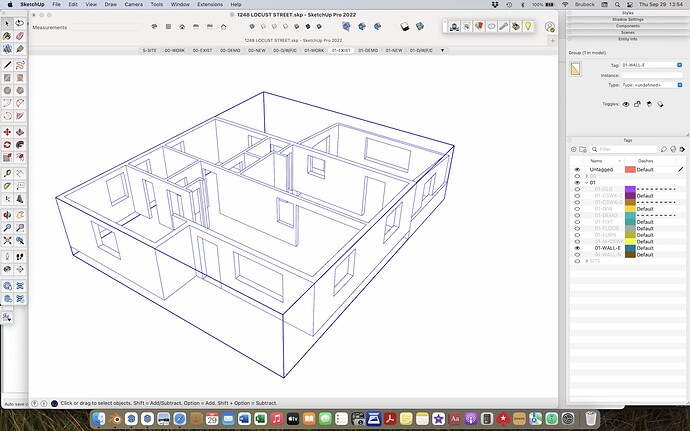 Sorry for my late respond, I’ve been trying out the things you guys showed me here. My next models will surely be less convoluted.

There is no point in making it this complicated as I am making it.

Thanks cdorroh, sorry for my late respond. I’ve been trying out several things you guys showed me here. It works out much better for me now. I also had a online lesson in sketchup where I learned that the outliner can make things easier for me instead of the tag structure.