What is the best way to import a non-satellite google map? When I do a screenshot of the map and save it as jpg or png, the quality is fuzzy. Geo-locater only brings in satellite image, correct?

When I do a screenshot of the map and save it as jpg or png, the quality is fuzzy.

A screen shot is only going to be as good as the screen resolution you have access to. Can you get a copy of the original raster image?

What is the best way to import a non-satellite google map?

Do you mean want to capture an image from Google Maps in Map view not Satellite view?

You can right click in the map and choose Print from the context menu. 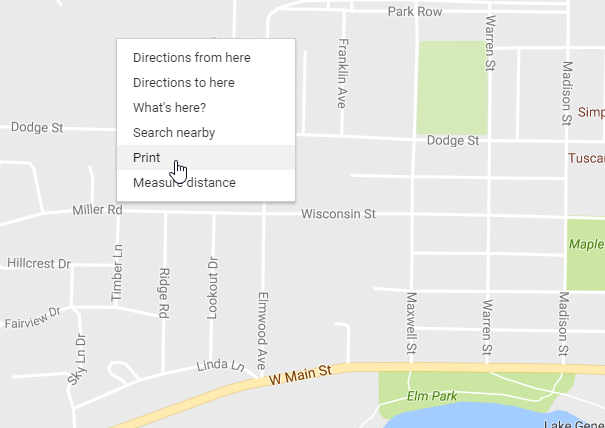 Easy on Windows, if you have a PDF application, say, Adobe Acrobat.
Perhaps even easier on a Mac since PDF is a native format.

Initially there are two buttons; Map and Satellite and you can view whichever you please.
But those buttons disappear when you click the Select Region button and the view reverts to satellite.
Bit of a tease I’d say. 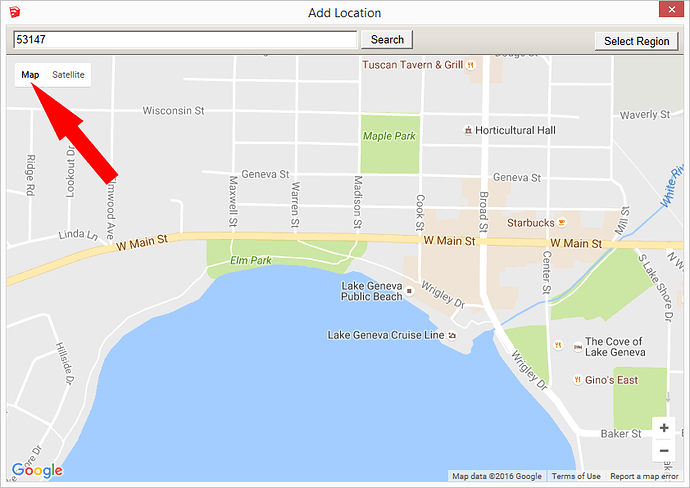 I managed to clean up the screenshot image of the map​ well enough in
photoshop. But Sketchup should allow for the import of just the plain map
from the geo-locator as well when you hit “select region”. Seems like
there should be a way.

Thanks for the replies.