How to wrap the globe wallpaper to sphere

how to wrap the globe wallpaper to shpere. globe wrap.skp (1004.9 KB) (sphere and wallpaper attach) 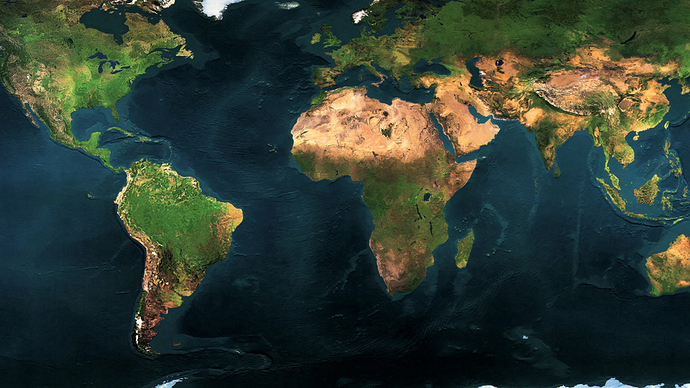 Aside from the required SketchUp technique (which I’m sure the texture experts will join in to instruct you) you should note that map does not cover the entire Earth. There are going to have to be some gaps!

You’re missing the point. There’s a large part of the earth missing from the image. That projection isn’t right for a sphere, either.

you should note that map does not cover the entire Earth.

At least as far as that issue goes, there are larger sizes of what appears to be the same image. This one seems to be all there: 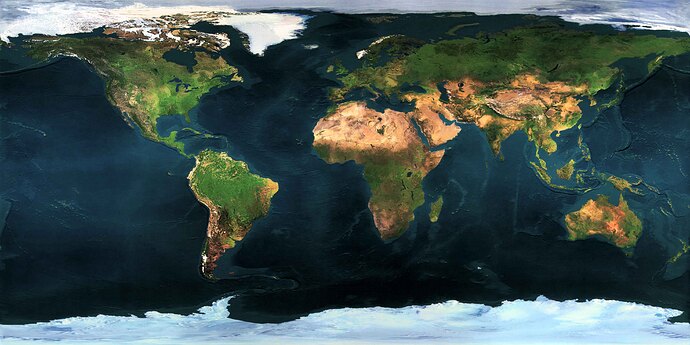 This one seems to be all there:

That is better. The previous one would have moved me almost to the North Pole. Contrary to the rumours there are no polar bears in Finland. We do maintain, however, that Santa lives here.

Hello,
I’m Trying to create a globe in sketch up but nothing I am finding seems to work. I downloaded the file at the beginning of this thread but the globe is not accurate. How do I reapply the image to the sphere to make it more accurate? I want it to show the north pole and antarctica but this is what I see when I open it. Thanks for any help. 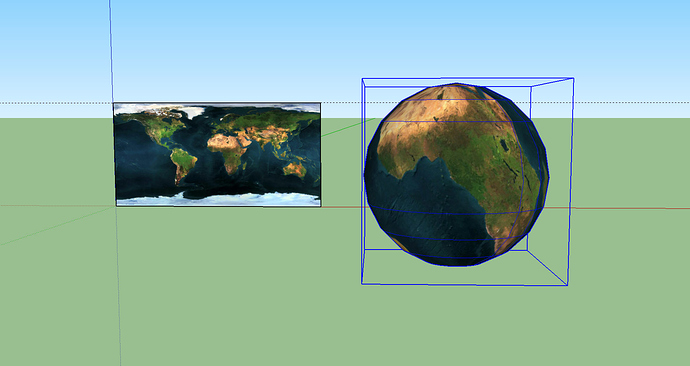 I’m Trying to create a globe in sketch up but nothing I am finding seems to work.

SketchUp as a hobby Corner Bar

Thanks for the kind words, @Box … as I’ve indicated before in this thread, puttering with code is one of my hobbies, especially where math and geometry are involved. I like mixing and matching the nuts and bolts that makes things go, but I’ve never been very good at making things user-friendly. Functional, yes. Pretty, no. On another note (as you may have already expected), I also wrote a plugin to map an image to a sphere (once again, I’m probably re-inventing the wheel). Here’s a video where…

Thank you, I actually did contact this guy on YouTube and I was able to make this work. Its a brilliant plug in.