How to String a Bow Saw

Saw Chest.skp (513.8 KB)
The above skip has a replica I just modeled of my Bow Saw. The only thing I wasn’t sure how to fix is the string and how to twist it with the windlass in the middle. There is a copy in the tool chest and one I was working on one outside. I had to explode some parts when working on it, so I don’t know how the component edit will affect the bow saw in the chest. Maybe this replica is close enough unless there is a way to twist the string. (I have still not tagged the bow saw components.) I will go now and read any answers later.

I don’t have time right now to look at your model but if you’ve copied the component, editing the copy will edit the original and vice versa. As for drawing the twisted cord, it can be done by creating an appropriate path and using Follow Me with a circular profile. Much easier in SketchUp Pro but it could be done in SketchUp for Web.

Thanks, DaveR. I will try to research somewhere for a skill builder video when I get back.

I found some skill builder videos about follow me tips and another one about making spirals.
I will work on using them to make and shape a twisting string. I will repost a skp with how it ends up.

I dont understand. The bowsaw only has 8 or 10 parts, yet you have 30 -40 components.
I would think the bowsaw stretcher could be a group as the saw only has one stretcher.

The saw has 2 ends of the frame so those might be 2 components.

Only one blade so that is a group.

What are all the other components?

There’s nothing wrong with making the single parts components. If Royce is going to make an exploded view or views of the indivdual parts for dimensioning and/or patterns, having them as components makes more sense and less work later.

The saw has 2 ends of the frame so those might be 2 components.

They should be instances of the same component. @Royce fell back into his thing from a few months ago of opening the component for editing and copying the geometry.

What are all the other components?

Are you ignoring the chest in the background?

I am modeling two other bow saws and one frame saw later. Two more have the same size blades. One has a different TPI. Then there will be a saw till for handsaws and a panel saw. There will still be room for a circular saw, jigsaw, and maybe other tools. I remember when I made the other side for the bow saw having problems with joinery because it has lots of tapers. That’s probably when I got confused and ended up with an extra copy of geometry. I am relatively new at this, rkleins and appreciate any tips. I should use groups more when I need to use solid tools. I thought about that after the fact when I was making the bow saw side. After using the solid tools, I ended up with acomponent converted to a group and a side called difference. That added to my confusion. I had to purge and sort through things but still ended up with unnecessary geometry. 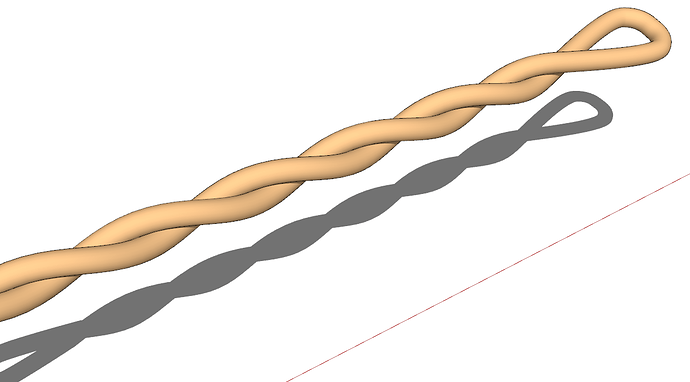 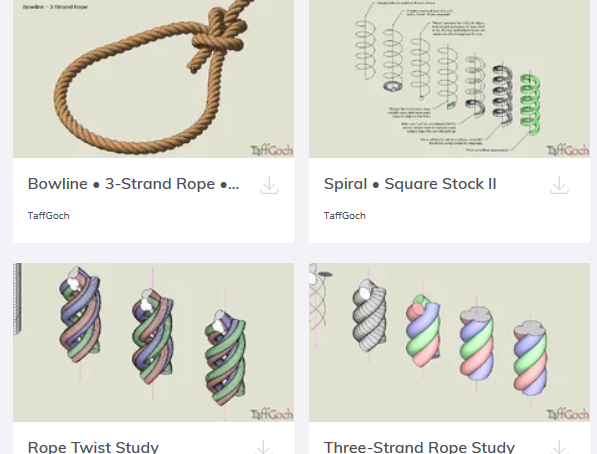 Thanks, I’lll check them out.

Saw Chest.skp (641.1 KB)
This is what I came up with for a string with native tools. It is not solid but shows only short edges with Go’s Inspector. What is wrong besides what Go’s Inspector shows?

Solid inspector2 in Pro shows 1944 reversed faces. I expect it’s where the string passes through itself. I don’t think it’s worth worrying about making the string solid in your model. I’d let it be and move on to something more worth the effort.

Why not just use an image of a twisted double string?

I do that most of the time when I have something that creates a lot of edges and faces when made solid - like screw threads, for example. 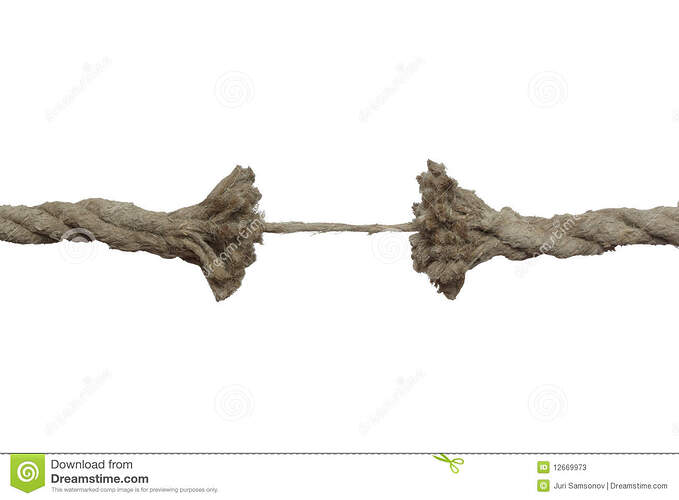 This is what I came up with for a string with native tools.

Thanks for the replies, john_mcclenahan and mihai.s. I liked the video, mihai.s and I’ll give it a try.

Saw Chest.skp (905.6 KB)
This was my latest attempt. It shows only short edges in Go’s Inspector, but there is something else keeping it from being solid. I copied and pasted parts of the original string into the “New String” component. I ended up with a component within a component. “String#1” inside of “New String”. I did not componetize this attempt until I made a solid group out of the spiraled portions. I can only guess that there are still some errors left from the portions that I combined from my first attempt. Those portions fit around the two ends of the bow saw and the windlass (in the middle of the string). That is why I decided to combine everything. 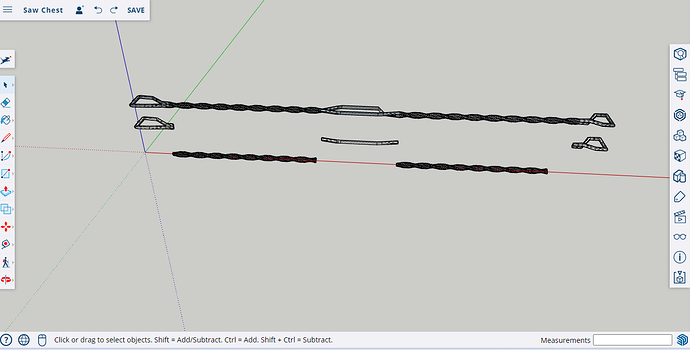 image1360×690 54.1 KB
Here is a screenshot with the parts of the string exploded, separated, and made into groups (below the copy of the whole, exploded string). The two spiral parts are solid groups. The other parts are not solids. When I selected fix errors, it erased a portion of the part that goes aroung the windlass. I am going to work on making more gradual turns with small parts like the spiral was made.
Saw Chest (1).skp (1.2 MB)
Royce December 7, 2022, 7:12pm #18

The string is now solid in Entity Info. Thanks everyone who responded. The video from mihai.s really helped. I had to erase lines that crossed over into other strands, move them slightly and redraw to get the sections around the handles and the windlass solid.