How to retro-update a source component file from an assembly file?

(Please ignore the actual model; this is just for testing.)

Hello. So I have 2 instances of a component in one SketchUp file. I group those instances and make another component out of that group. 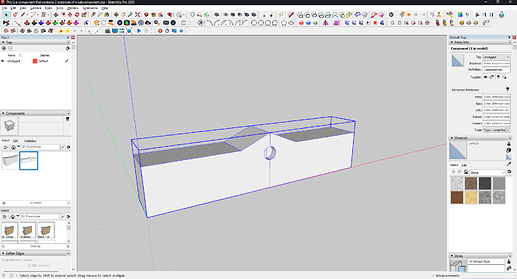 Then I save that group-component separately as a SKP component file. 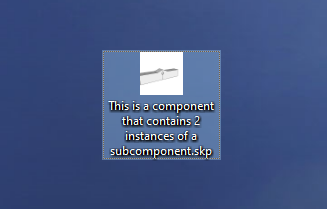 I put this component into an assembly file and make some changes to it over time and save it. 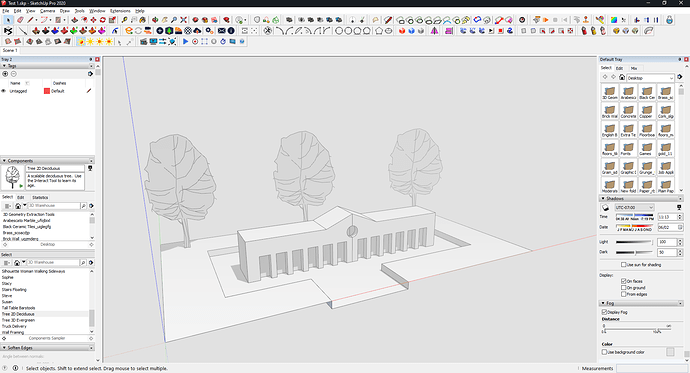 The vice versa is already possible. You can change the source file and click “Reload” in the assembly and it will update.

In the master assembly file select the item you have edited and want to update the external reference of. Right click on the the selected item and choose save as. The save window should open with the current file pathway and file name loaded, leave the name the same and click save. A dialogue should open asking if you want to write over the existing file, say yes. This will update the reference to reflect the changes made in the assembly file.

Some of your “group-component” terms are confusing. An entity can be either a group or a component. Each type can be nested within the other but a single entity cannot be both, and only components can be saved as external references.

This will update the reference to reflect the changes made in the assembly file.

Hey, thank you. Your workaround essentially replaces the original source file with the one from the assembly. But what if you don’t know which version is the latest, the assembly one or source file? What if you’re opening a year-old project and you don’t remember what changes were made the last? I feel like this would be a good feature to add in a future update. Because if you can update/relink a component in an assembly with a source file, then the opposite should also exist, to be able to keep the components in sync.

By that I meant a group that contains identical component instances.