How to render only visible parts of my animation on vray?

So I’m trying to make an animation of my house on Sketchup and animate it on Vray, but I’ve noticed that it renders also stuff that isn’t visible in the current scene. Does anyone know how to fix that?

Have tried adding a tag the stuff you don’t want in the render and then turn the tag off (hide the contents of the tag) when rendering? Seems like that should give you what you want.

No that won’t work (I want to make it render automaticly, so I don’t have to go and unhide it every frame), because I meant a way to make vray automaticly hide or not render the parts that you don’t see, like if you’re on top of the house, it wouldn’t render some random apples on the tapple inside the house. I just wonder, if there’s some button or feature that allows vray to not render them.

OK, I maybe wasn’t clear. You do not have to hide/unhide the items on every frame

If you are using Fredo’s Animator to create the animation:

If you are not using Animator and your animation is a series of scenes:

My laptop died so I cannot do any screen shots or sample videos to show you what I am saying.

Oh that might work, atleast I’m going to try it out! Thanks for the help! 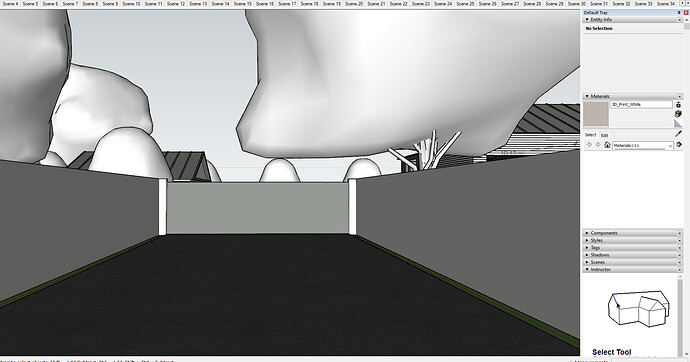 Yes, because I’m trying to make an animation that shows the hole house.
The animation: Here's the animation, that needs to be rendered. - YouTube
I’ve also rendered like one scene of it, but it took 3 days for some reason, so if you know anything about how to fix that, please tell me: Modern Finnish House - YouTube (It’s maybe a bit low quality, test video, didn’t want to upload too long)

Not a V Ray user so can’t help much. Just wondering if you’ve tried posting on the V Ray forums ? Might find some help there also.
https://forums.chaos.com/forum/v-ray-for-sketchup-forums

I do not use v-ray either but it certainly does not seem like it should take that long. It looks like it should be a pretty straight forward animation render. Wish I could provide more help. I would agree with Tuna that you should try getting some help on the v-ray forum.

A quick look at the Chaos forum turned this up…

Hello. I apologize for my ignorance on this. I am very new to animations and cloud rendering but not to vray and rendering in Sketchup. I just set up an animation using Fredo6 Animator plugin. Vray seems to be working great with the plugin and...

It’s not exactly what your posting about but V Ray with Animator being slow is mentioned. You really should post over on their forum also I think.

Yes, I’ll send the same msg there! Thanks for the idea! (EDIT: Could someone of you send it, because of some reason my Vray Forum doesn’t work?)