Hello, I’m modeling a guitar, and there’s a curve that I have no idea how to do… can someone help me turn that rectangular block from my model into more of a rounded or curved surface, like in the photo? It doesn’t need to be perfect, but something simple to help smooth the body into the neck would be great. 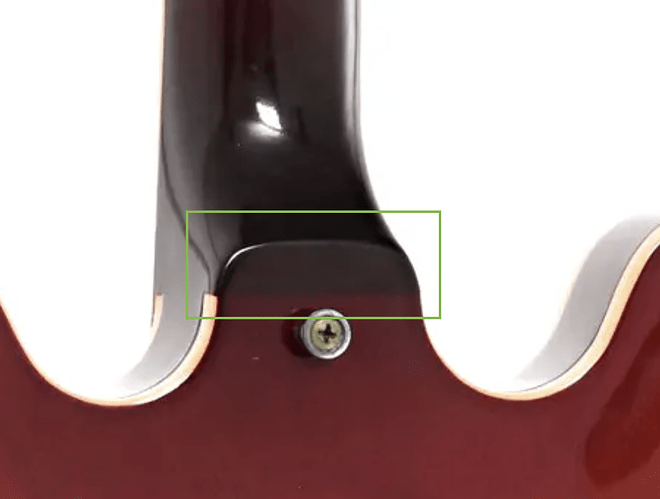 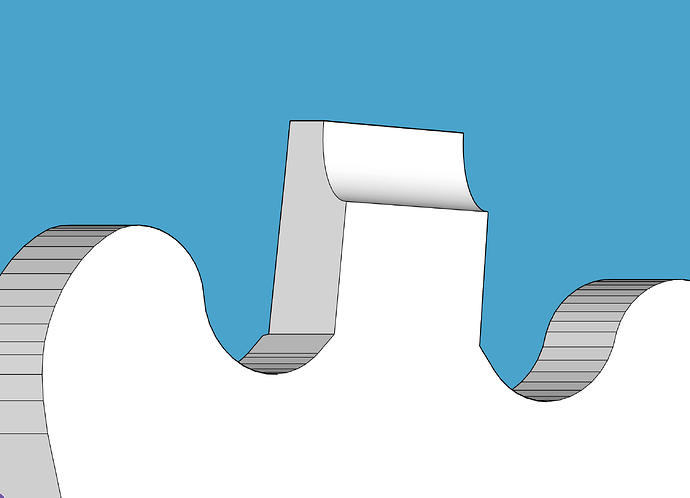 You could try a plugin called Round Corner from Fredo6.

Sweet looks awesome! Looks like there’s a free trial for the plugin… but in the future, are curves like this hard to do without a plugin?

The plugin looks good for simple edges, but looks like it can’t handle trying to blend a curved surface into another curved surface… 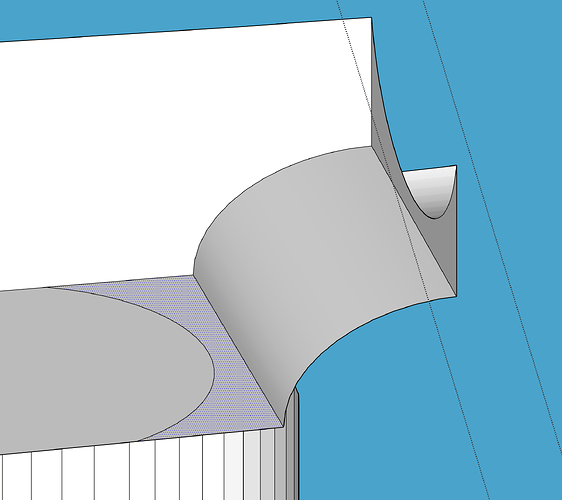 No. They aren’t hard to do without a plugin. 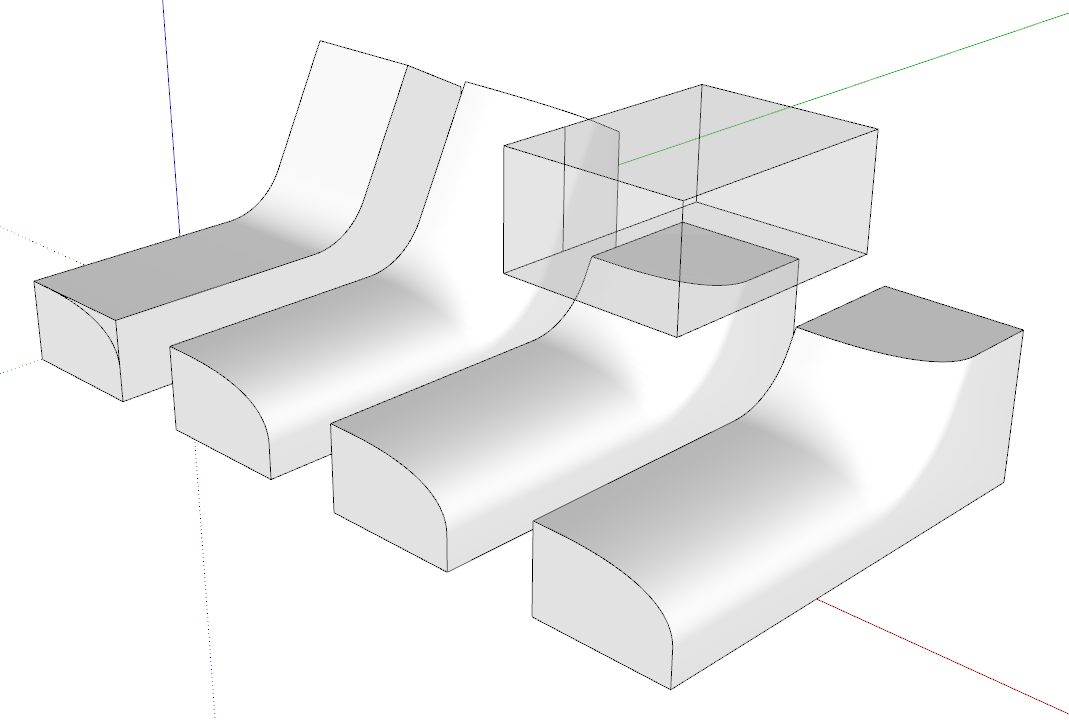 Model the block so it is taller than you need. Use Follow Me to round over the edge (I used a Bezier curve but it could just as easily be a simple arc.) Then cut off the excess. That could be done with Intersect Faces or the Solid Tools which you have in SketchUp Pro.

Since the thing is symmetrical there’s no point in drawing both sides. Just model half of it, copy that half and flip it.

It can with the right set up.

Awesome! But I’m pretty new to curves and follow me, so some steps you describe are beyond me. I understand the ending to to cut off the excess. But how did you make those solid curves? When I use follow me, I lose the material in the corner there (that 90 degree edge in the bottom right in your screenshot). I wish I could see you do this in action!
EDIT: I think I got it… didn’t realize you can use ‘Follow Me’ to also remove parts of an object.

didn’t realize you can use ‘Follow Me’ to also remove parts of an object.

Yes. You can think of it in a way like a router profiling the edge of a board. And in some cases like this, it makes sense to run it a little llong and cut off the excess just as it does in real wood.