Seen as though Halloween coming I thought I’d use the theme to try some different light effects.
I made a tea light holder shape in SketchUp and used an imported dxf ghost shape to cut out the sides. Then gave it a render in Kerkythea to try out a candle kind of effect, by applying an illuminant material to a tea light shaped component in the base: 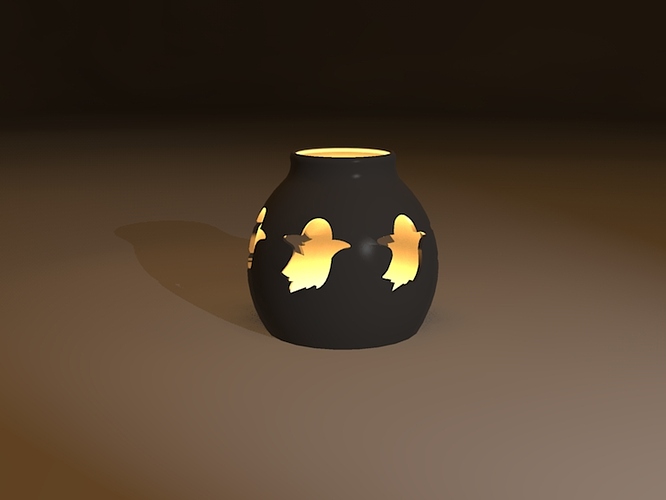 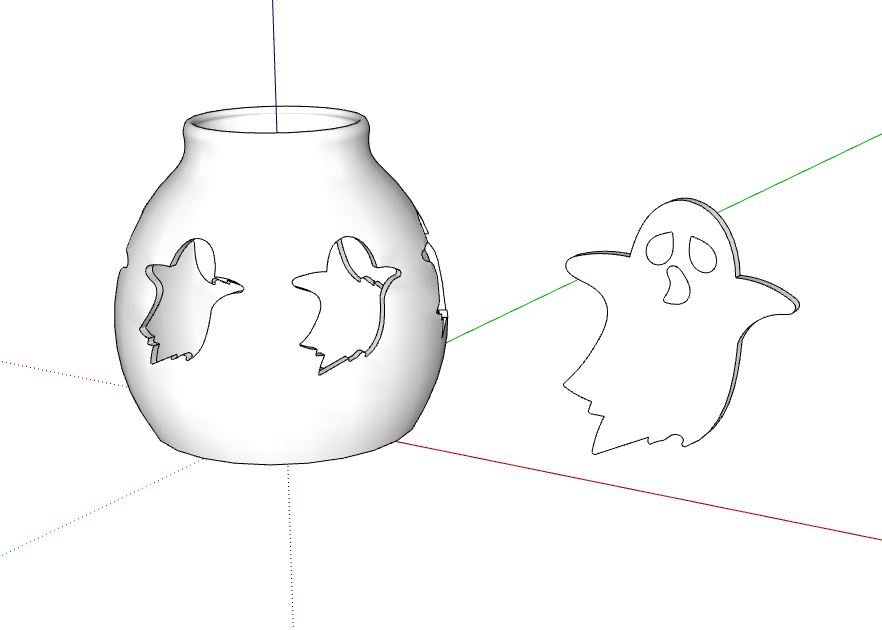 hi @Thorleyian.
Nice model, did you push/pull the pattern to intersect with the tea light holder?

Ive deleted the model so I can’t show you.
But yes I put the ghost in front aligned squared on the green axis and scaled down to a fitting size. Then push pulled it, so it just went through both sides. I copy rotated five times and then used Trim and Keep (solid tools) to use the ghost to cut the holder.
You can do the same with intersect, just a little more effort.

I get it, thank you