All self-respecting CAD software has the ability to create dimensions that display imperial & metric.
Why does layout still not allow this?
Am I the only one who makes plans that need to be exported around the world?
Please add this feature quickly.

All self-respecting CAD software has the ability to create dimensions that display imperial & metric.
Why does layout still not allow this?

It does. There is an units selection popup on the Dimension Style tray 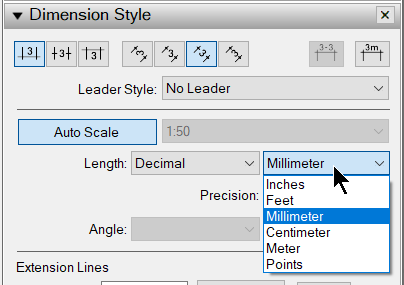 Yes @Anssi but that is one or the other, it would be helpful to be able to have both at the same time.

It can be done now in SketchUp with the Dual Dims extension by the venerable TIG. 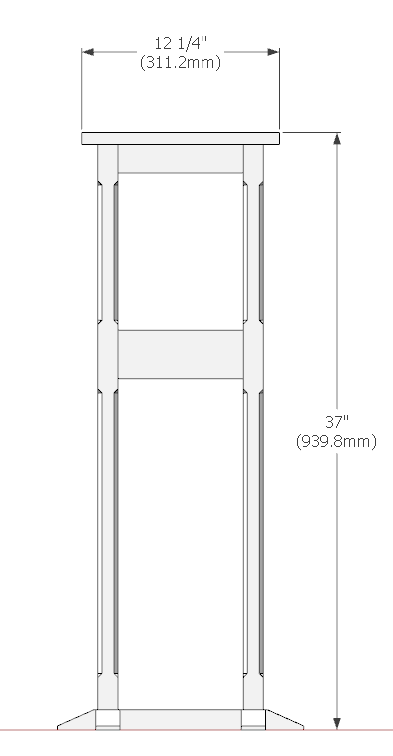 But you can have duplicate dimension lines with different settings. You can even put two on top of each other, one with text on top and the other under the line.
I see this rather a niche feature.

True, but adding things twice is a pain. I’m also not sure it is as niche as you think. Double dims are very common where you have Americans working with Europeans. I remember it was very common when I was working in your Finnish shipyards. Having both avoids the inevitable conversion mistakes.

I’ve done the duplicate dimension thing in PowerCADD for years. Different program, but same strategy. It’s easy there to select all dimensions, copy and paste in place, and change the settings. It can be put on it’s own layer if you want to turn them on and off. I sometimes do dual dimensioning with feet and inches on top, and just inches below as even here in the imperial system you need to work with just inches on some things like kitchens and don’t want to do a lot of math in your head.

I have been using Sketchup since version 6, I know the tool very well.
vYes I know the Dual dimension of TIG, but I am talking about making a layout, a real layout with many dimensions. I don’t do in Sketchup, that would be a pain.

Our layouts are shared around the world, both in imperial and metric. The dimensions on the layout avoid bad conversions. It allows everyone to quickly read a plan, without calculating in their head to make a conversion.

I don’t want to copy my dimensions, one in metric and one in imperial, we’re talking a lot of dimensions on one page. Also, if we make changes, it doesn’t necessarily follow, it has to be redone or else there are errors.

This is a very common design standard. In architecture, in construction, in entertainment.

In Autocad, Vectorworks, etc, it’s simple. It is done in one click.
There are the side-by-side or stacked dual dimension.

I just don’t understand why software of this quality doesn’t incorporate this simple feature that could be easily added into Layout.

Our layouts are shared around the world, both in imperial and metric.

What are your “layouts” of?

Your request is certainly not a very common one.

This is not uncommon in my opinion. Otherwise the option would not be a standard of the major CAD software.

That’s why I often see designers switch to AutoCAD to do their layout in these cases. It’s stupid, for such a simple option.

Well, maybe one day the feature will be added but until it is, there is an option available that works now. You can be pretty confident that the feature won’t ever be added to LayOut 2020, though.

By the way, I moved your request to the correct category. That will help make sure it is seen by the right people.

Well, maybe one day the feature will be added but until it is, there is an option available that works now. You can be pretty confident that the feature won’t ever be added to LayOut 2020, though.

Thank you for moving the topic.

Currently this option does not exist.
You have to choose either metric or imperial.
To me this is incomplete.

I sincerely hope that the Sketchup team adds this feature, as I am sure it is simple to implement.

The option exists in SketchUp if you have to have it now.

Frankly for the shop drawings I do, dual dimensions wouldn’t work. One set of dimensions or the other would be plain wrong and result in a bunch of garbage pieces if someone were to build with them. There’s enough difference between inches and millimeters that simple rounding isn’t appropriate.

Here in Canada, dual dimensions are VERY common because our standard is metric but many domain like residential construction is in arch. We basically use both systems EVERYDAY. When I produce plan set for a house, the structure is in arch but everything about the site plan is in meters because surveyors are in meters. And imagine that: the construction code we have to refer to is in meters! So this is not our choice. It’s our reality. So for us, it is not a niche demand!

I also work in the entertainment industry and if ANY of the tour I work for plan to travel across two continents, every drawings will be in metric+imperial. It’s one of the reason why I stopped using Layout for my lx, rig and stage plans. I switched to Vectorworks which became the industry’s standard in the last few years.

Some people who live in a single unit system don’t seem to understand that is not necessarily up to us! The United States is a big country that uses imperial unit but also one of the only country in the world that is using it.

Since 1975 Metrication in the United States and since 1985 in Canada… But still on Imperial system… Don’t understand why people still want to use these difficult systems, so illogical.

Don’t understand why people still want to use these difficult systems, so illogical.

Did you ever try to herd cats?

Did you ever try to herd cats?

I also work in residential construction in Canada and would benefit from automatic dual dimensioning in SU/Layout. I spend a lot of time on my conversion calcuator translating building code to imperial measurements. For some frustrating reason, the codes do not provide dual dimensions even though every set of drawings I have ever worked with in residential construction are dimensioned in imperial.