I am trying to create a 3D model from a 2D engineering drawing of an old 1929 radiator cap. The engineering drawing shows the cap is round, and all surfaces follow the round cap. A cross section of the cap gives me the profile to use as well as a top and side view. Put together, 45 Degrees of the cap form a rounded “nose” sloped in two directions (front and side).

I can create most of the cap model from regular geometry, Can someone point me to a video or outline the steps necessary to create the 3D nose part of the drawing that slopes in two directions?

It would help if you posted the drawing of the cap. Hard for people to help if they have to guess at what it looks like. Also you should update your profile. SU version etc. It lets people know the tools you have available to use.

Should have uploaded. Just started learning to use the site.

I’m using Sketchup Make 2017, although I’ll switch to Sketchup web 2022 if necessary.
I don’t have a good picture of the cap, just the drawings. I plan to have a cap made if I can get it drawn accurately. This is the best I have for pics. 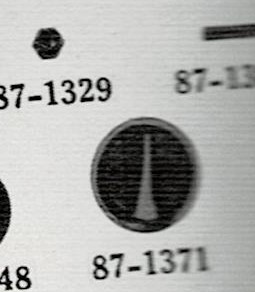 PDF is better than the image but do you have a photo of the cap on a car?

I don’t have the cap or a photo. I reached out to other car owners about photos but have not gotten a response yet. The image is out of a parts manual and the pdf is a blueprint copy of an original engineering drawing. I’m still hoping I can find photos of the original cap through club archives.

Looking closely at the blueprint I think there might be enough information to build a model from. It’s a shame the part of the elevation is cut of in the .pdf you posted but it still might be possible. It’s hard to tell what the construction of the pressure valve in the center really is. Are you looking to have this machined in steel? Some of these compound 3D curves are going to be much easier with extensions, I think Curviloft is going to be your friend here. If you are just getting started with SketchUp, this is an ambitious first project. But where there is a will there is a way.

I found some examples of '29 and '30 Willys Overland radiator caps that are similar, but nothing quite like your blueprint. Is this for a Whippet? 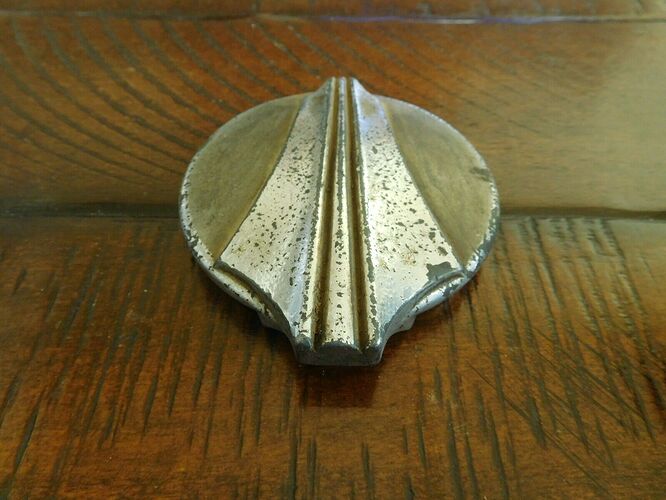 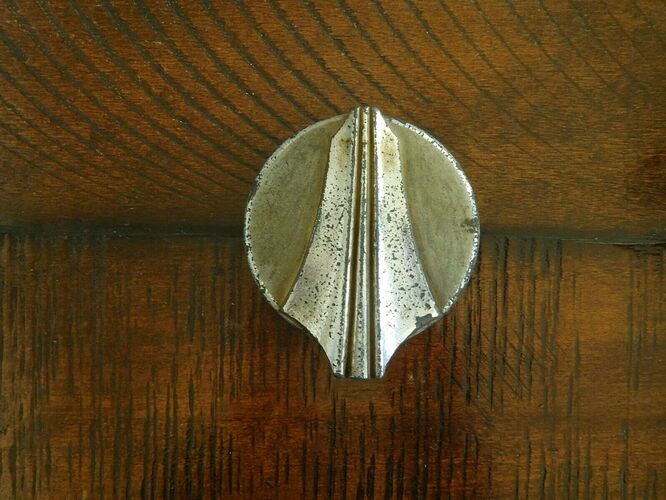 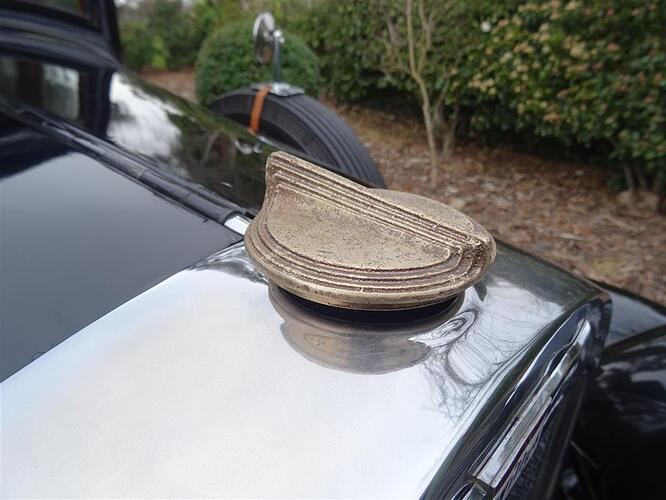 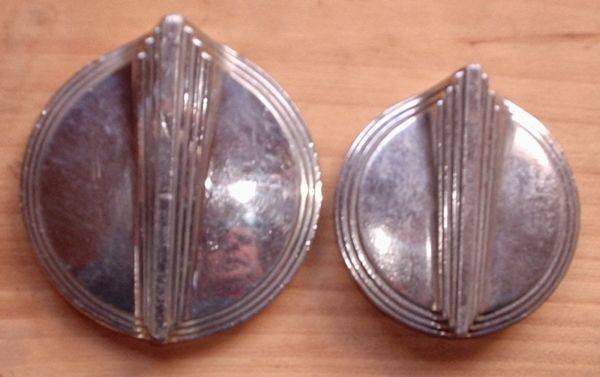 It’s hard to tell exactly what’s going on with the whole thing from that PDF. As Riley says, it’s a shame the side view is cut off. It would be nice to have a view from the front as well.

Here’s a start, though. I modeled the cap without the raised central area and then shaped “cutters” for either side. I used BoolTools2 to trim the bottom of the cutters to the dome shape of the cap. 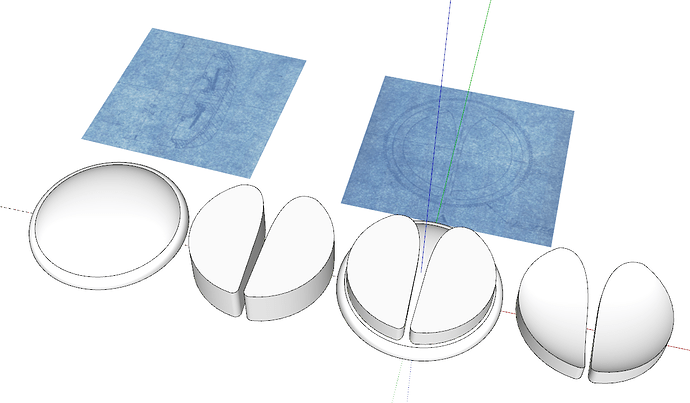 I’m sure this isn’t exactly right but with no more information to work from at least it should give an idea.

I created the off center dome using Curviloft and combined it with the original cap. Then used the cutter from before to cut through it. 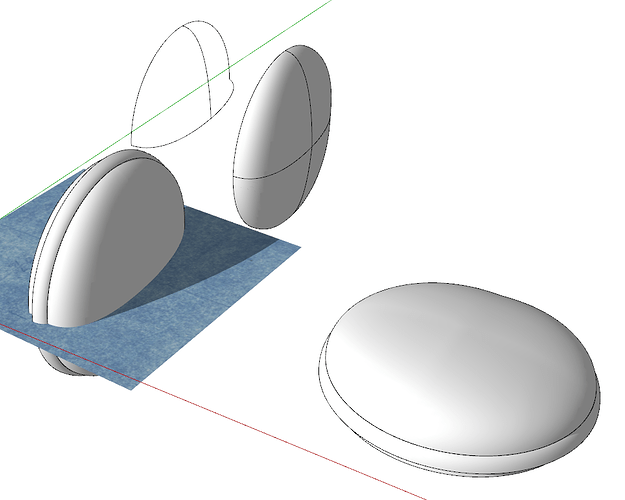 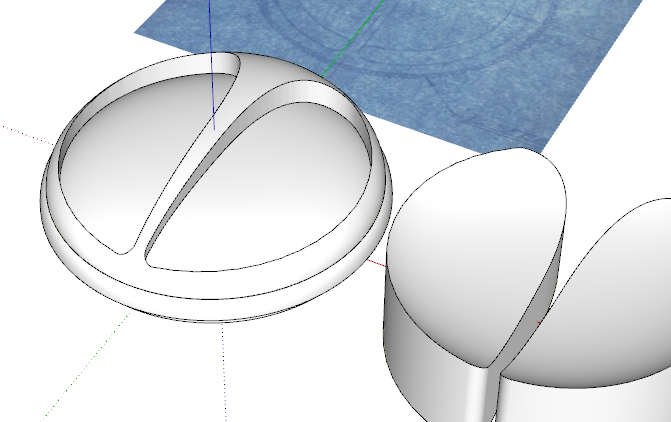 And you can have one in silver if you want. 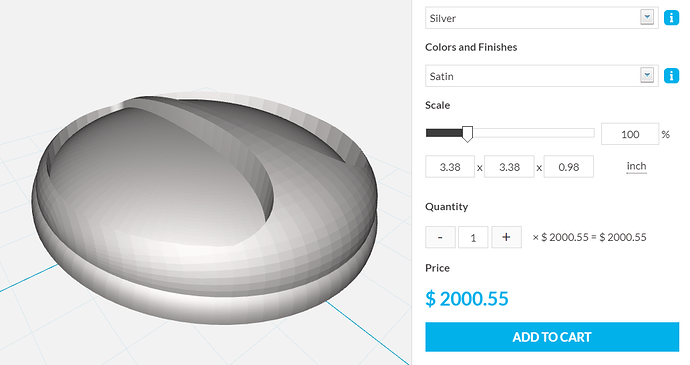 The response from all is just awesome! The models look like I expected. I didn’t think anyone would go as far as making one. I was looking for someone to just point me in the right direction. Thanks you all!!!

FYI - I have been playing with Sketchup 2017 on and off for several years, but this is one of the most complicated things I had attempted. The cap is off a 1929 Willys Knight 70B Coach. The cap goes on a 2" thread on the radiator. That isn’t shown on the engineering drawing and might have been an engineering change from an earlier or later year. I also was unable to find pictures of the original cap. For my model, there are only about a dozen left that are registered with the club so parts are not easy to find.

With the responses and tips, I should be able to get it all done now…

Thank you so much.