Could anyone help me import this 3D model?

I am attempting to import the 3D model from this page (bottom left - a dxf file) but unable to do so. Have tried opening in Sketchup directly and also importing.

The scale in the DXF is odd and results in so small faces that SketchUp ignores most of them. I imported the file in Rhino using Meters and saved as SketchUp. The scale is still wrong - it would be a bit small for a doll’s house, and it has some missing and reversed faces.
nottingham.skp (1.4 MB)

Just for fun I took the model Anssi converted and quickly remodeled it so that the countertop is 25 inches deep (front to back wall). Dunno if that’s what you wanted, but hopefully it helps.
Nottingham Double vanity.skp (782.5 KB) 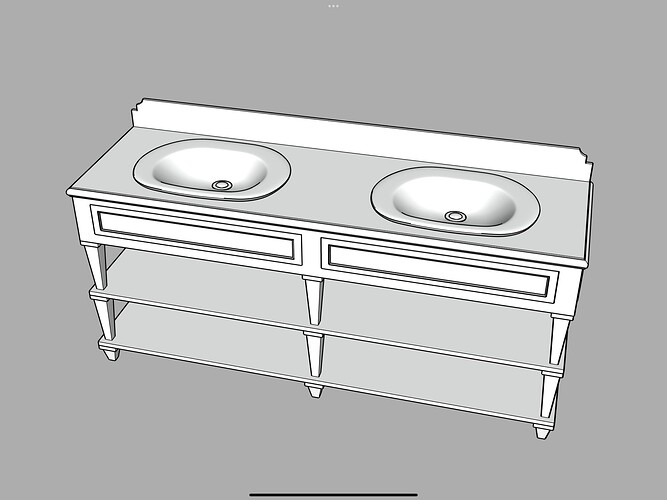 @Anssi … I have a dumb question! Why were the colors all funny (read: different than mine)? Everything was kind of a funny yellowish color, which I was able to change, but whenever anything was selected it had a neon yellow bounding box, and the selected faces were very lightly dotted. Is that something from your version of the program? In mine the bounding boxes are blue. 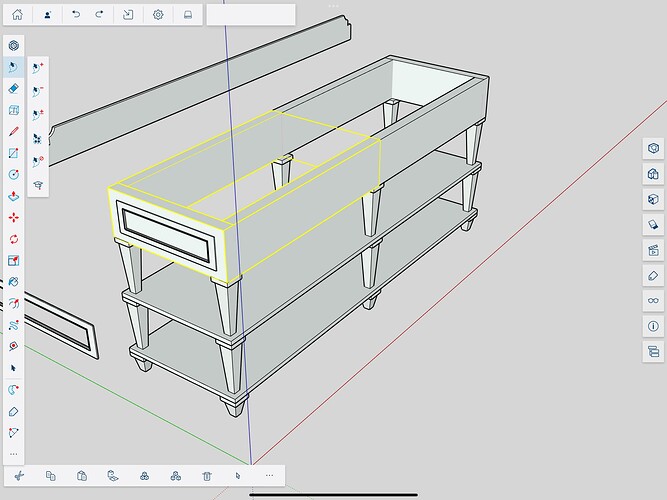 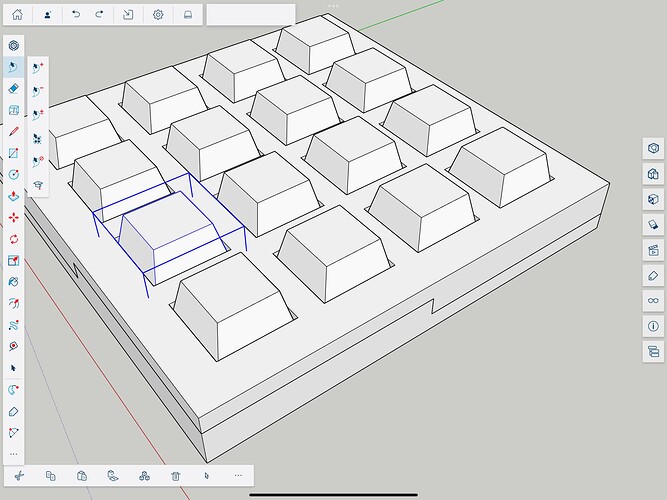 Why were the colors all funny (read: different than mine)?

It’s a bunch of different style settings. That’s very similar to the original SketchUp style color settings from way back. 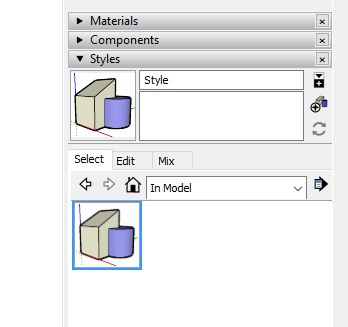 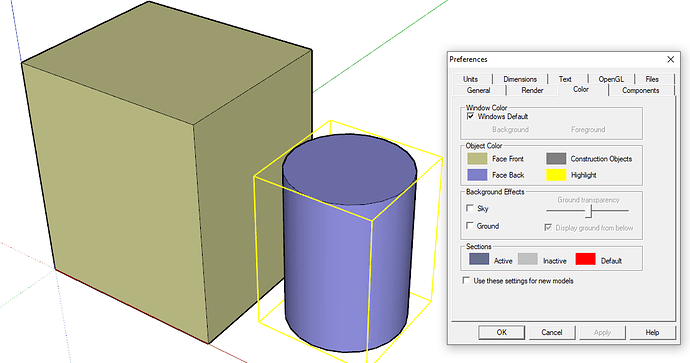 That makes sense. I was able the change the face/back and background colors easily. I don’t know that I can change the bounding box/ highlight on iPad.

Didn’t mean to hijack the thread though

I don’t know that I can change the bounding box/ highlight on iPad.

No. That would be in Modeling Settings but isn’t implemented on iPad, at least yet.

Everything was kind of a funny yellowish color, which I was able to change, but whenever anything was selected it had a neon yellow bounding box

I would guess that Rhino has a really old SketchUp template file buried somewhere in its exporter settings. I didn’t do anything to the export except run Cleanup. Yes, it looks vaguely like SketchUp 3 as I remember it. (Sorry, Dave, I hadn’t scrolled down to your post where you had noticed it too).

The scale of the thing is very odd. The width of the two sinks adds to 0.0846 units that makes no sense in any of the measuring systems I know. Here is the file scaled to the dimensions given on the linked website.
nottingham.skp (1.4 MB)

I opened the file in AutoCAD LT, scaled it x1000, then imported it into SketchUp. The overall dimensions of the unit in SU are roughly 84L x 24D x 36H, which seems reasonable. The model does need some work, I did nothing but import it.