Can you turn SU layers on/off from Layout?

Sometimes when I have a view set up in Layout I want to turn a SU layer off. In order to that I have opened SU and made a new scene with that layer off, then opened that scene in Layout. This is time consuming and also created scenes in SU that I don’t normally want. Is it possible to turn SU layers (not Layout layers) off or on when in Layout?

No, there’s no way to do this in LayOut. Your current approach is the recommended method. For the most predictable performance with LayOut, think of the SketchUp->LayOut workflow as a one-way street.

This is on our list of feature requests, so I’ll add a +1.

so, if a layer is turned off will it affect all the viewports in that page too?

Unless the viewports are on different layers.

Is it each viewport in different layer? Imagine 10, 20 (or more) pages and each page with 5 or 6 viewports, those viewports will need a respectly layer for each of them…

I think it will crash the workflow deeply!

Layer state is a per page setting so if you wanted to independently show 6 viewports on each page of a 20 page or a 100 page project, you could do it with only six layers. Not difficult to manage at all.

Ok, just 1 layer for each viewport. No matter how much pages there are in the document, you only need 6 layers (in case of 6 viewports). But anyway, turn SU layers on/off from LayOut or the opposite is not a good feature improvement

Ok, just 1 layer for each viewport. No matter how much pages there are in the document, you only need 6 layers (in case of 6 viewports).

Or maybe only 1 or 2 layers for all viewports in LayOut. Here’s 18 viewports on one layer. I didn’t have any need for more viewport layers. 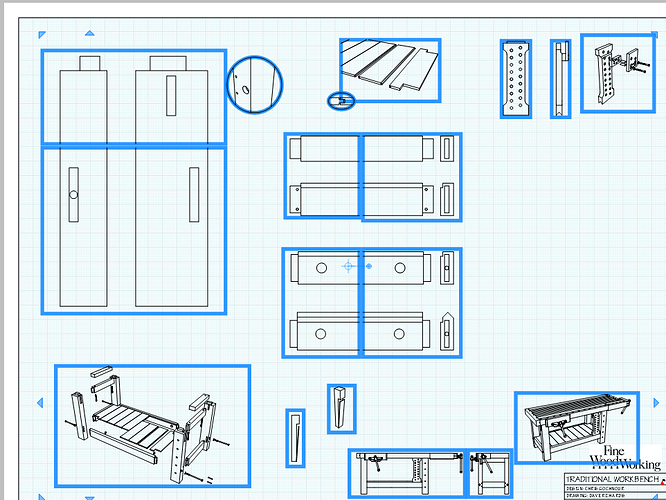 26 viewports on one layer on the second sheet. Same layer on both sheets. 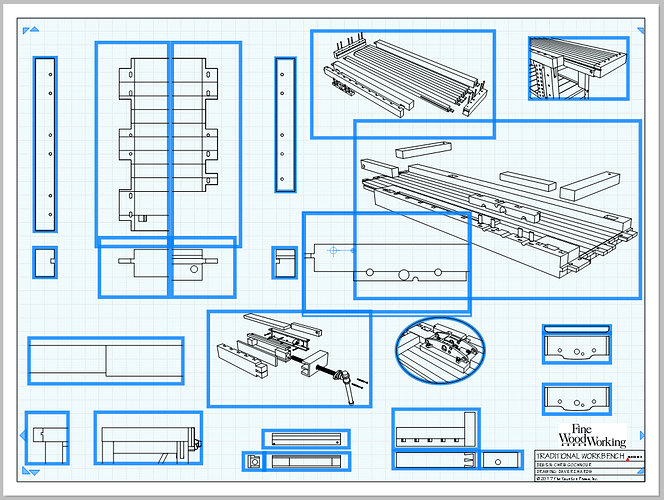 Ok, I understood. I use only 5 layers too…

I use only 5 layers too…

Yes. Earlier you were talking about a layer for each viewport. I use layers for text, dimensions, LO drawing entities and such in addition to one or two for SU viewports.

Earlier you were talking about a layer for each viewport.

It is just because the talk above my comments…