Texturing floor made of groups

Hi,
I’m facing the problem with texturing the floor made with Floor Generator. Each plank is made as an individual group. Random Texture feature in Floor Generator doesn’t work correctly, I guess, so I tried some different approach. However, I’m hitting the wall every single time so I decided to ask you guys.

What do I have? 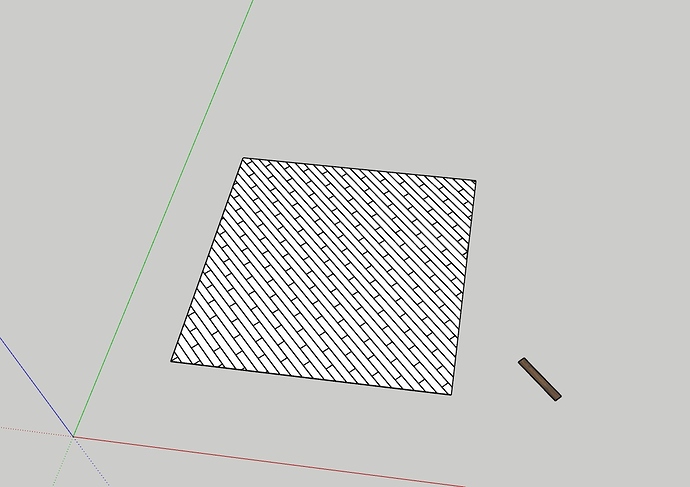 What I want to obtain?
Generally, floor with 4 textures used which are well positioned on each plank.

Any ideas of a workflow and plugins I should use? I mean, I’d like to do it faster than picking every single group and applying material on each face.

My first idea was to select 25% of all gropus with Random Select Plugin, place them into separate group, enter the group, explode the container and use the Bucket Tool and Pick the material with Pipette from a face created on a side. Then, I wanted to repeat the operation for the remaining groups.

You might have a look at Fredo’s Thru Paint from Sketchucation.

Also, for a floor like that, you could have started with a much smaller area, made it a component and arrayed that to make the rest of the floor. It would save you a bunch of work. 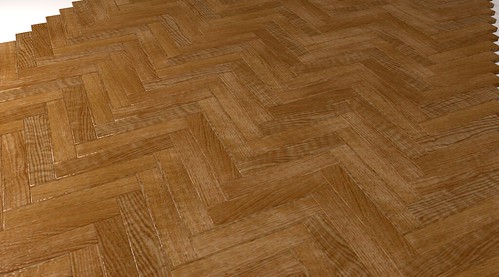 For this floor I used components for the pieces instead of groups. It started out as a single component which was arrayed first to make a small section of floor. Then, after texturing one instance, I made 5 or 6 unique components and edited the texture position on each. One texture image and I used different parts of it for different pieces. After getting the texture sorted out, I made the larger array. Faster to do than to describe.

I actually thought about that. Maybe not the same way but the idea is similar.

Now the problem is different. Take a look at the picture. 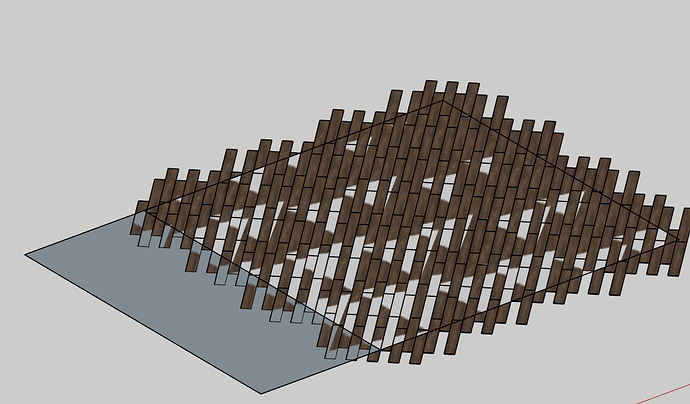 White rectangle clipping through the planks is my wood floor area. However, it meets the grey rectangle where I want to put something else, let’s say tiles. How do I precisely cut the planks that are outside the white rectangle? That’s why I used Floor generator…

Maybe some other tool might be helpful, but I have no idea if it exists. For example one which chooses the groups which are exactly the same and convert them into one, repeating component. But that’s just an idea and, who knows, it could cause some other problems

How do I precisely cut the planks that are outside the white rectangle? That’s why I used Floor generator…

So trying to save yourself work at one stage creates more work at another. If I was doing that I’d have made the pieces as components as I mentioned and I’d make them solids. then use Trim from the Solid Tools to cut just those that need cutting.

Maybe some other tool might be helpful, but I have no idea if it exists. For example one which chooses the groups which are exactly the same and convert them into one, repeating component.

I think ThomThom might have a tool that does that but it’s better to think ahead to what you’ll need to do and make things easy for yourself from the beginning.

If You are going to render this floor with Vray, You can also use “TriPlanar” map to move these textures randomly and “MultiSub Tex” map to make randomly different colors.