Softening the edges of the round circle

I have finished drawing a large model, but I discovered that all the openings are a little square 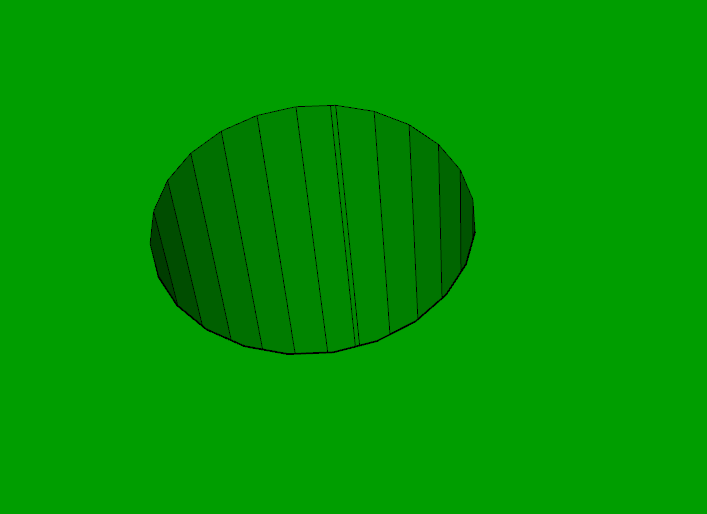 How would it be possible for me to get beautiful round circles on all components?

if it looks like this then you did not push a hole from a circle, but from an exploded piece of geometry that was a circle. A circle will give you smooth edges after pushing it through. If your elements are components, just do it over again and they will all update.

There’s no true circles in sketechup, but the number of edges can be defined when you draw the circle. Just type 32s or some other number while your inside the circle command to set number of sides.

If by “a little square“ you mean that the circle shows little flats with corners between them, no, you cannot completely eliminate them. SketchUp does not have true circles: it always represents them as polygons. But you can make the visual presentation look smooth by a combination of softening/smoothing the edges and increasing the number of edges in the circle.

I have a problem that I need to export it to DXF format for a CNC machine.
The company that will start working with CNC mentioned that it will take them a long time if the holes are not round

SketchUp remembers the parameters of a circle until you edit in a way that forces it to drop that original data (typically some edit that entangles the circle with other geometry ). Until then if you export as 3D dxf, a true circle will be exported.

I notice in the image posted that the rim of the hole has some uneven-length perimeter segments. Near top-center of the hole perimeter is a very short segment, from which extend down into the hole two closely-spaced edges (closer than the gaps between the other edges). This implies that the perimeter is not now considered a “circle” by SketchUp, if it ever was. You might want to re-create the hole from scratch, using SketchUp’s Circle tool and being careful not to disrupt any of the perimeter segments. Use the Push-Pull tool to extrude the hole down into the surface to whatever depth is desired.