Question:
Is there any change Sketchup will ingrease his tolerance of 1/1000 inch?

Many work in mm and making small object for 3D printing and so on.
It would be great to ingrease to 1/1000 mm, or a separate core for that in the software.
A lot issues can be prevent and safe a lot of after work.

Also, it will make Sketchup more stable, give less irritation with spooky errors and will ingrease his valuable.

Many work in mm and making small object for 3D printing and so on.
It would be great to ingrease to 1/1000 mm, …

That will be as if you work with a much higher (x1000) precision when working on small objects.
It may feel like cheating because you work with meters, in fact representing mm. But there shouldn’t be any obstacles to export the object for 3D printing.
What printer can handle a precision of around 1/1000 of an inch? (Unless for medical perpuses or the like.)

What printer can handle a precision of around 1/1000 of an inch?

That is beside the point. Model features such as small fillets, intersections between SketchUp’s approximated “curved” surfaces, etc. all can easily generate extremely short edges. It is useful to be able to 3D print objects with good overall accuracy, regardless of whether a printer can faithfully represent the exact geometry of the model’s artificial segmentation with high precision.

Really the point is to avoid SketchUp creating holes that cause objects to not be solid. The most common format (stl) for 3D printing has no ability to capture units, so to it .01m is indistinguishable from .01mm. It is when the slicer reads the stl that you need to be concerned about units.

That is beside the point. Model features such as small fillets, intersections between SketchUp’s approximated “curved” surfaces, etc. all can easily generate extremely short edges.

Is it? My question is within the context of the whole post. I gave a description to create objects and still getting away with creating seemingly shorter edges (cheating with “converting” millimeters to meters). Thus having SketchUp still create faces with shorter edges (x1/1000 to the previous length limite)
It all comes down to understanding the limites of SketchUp.

You can always have a scaled down instance of the object (x1/1000) on the side with a different tag for visibility reasons.

It is when the slicer reads the stl that you need to be concerned about units.

I think this is a key point. If the slicer software capable, the modeling units in SketchUp don’t really matter. 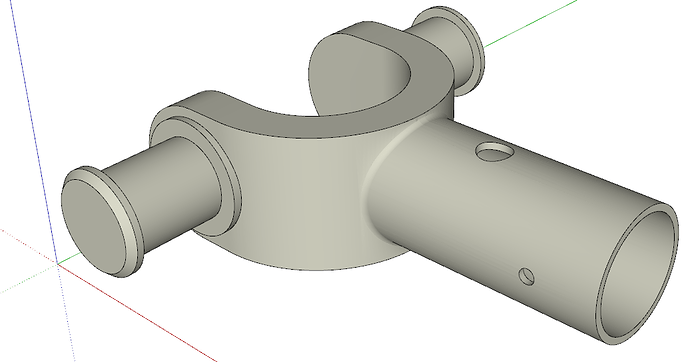 Yes, in my opinion it is not very relevant to the context of this topic whether or not today’s 3D printers are capable of resolutions to the thousandth of an inch. Detailed 3D models, when represented with approximate curves as used by SketchUp, can easily have edges that are less than 1/1000 inch and yet still be capable of yielding very nice 3D prints on today’s printers.

You asked: “What printer can handle a precision of around 1/1000 of an inch?” Why ask such a question? I assume the implication of the question is that because today’s printers cannot reproduce features at the 1/1000 inch scale, it doesn’t matter whether or not SketchUp has issues with creating such short edges. If this was not the basis of your question about printer capabilities, please clarify.

By the way, I am well aware of techniques to use in SketchUp to cope with the infamous short edges issue (such as the “Dave method”). I use them every day in my modeling.

I am always wondering if a separate metric version of SketchUp would be more precise and less prone to the small face errors. When I make something with the length of “1” SketchUp stores it internally as 0.039370079… rounding it to 0.039.

I am always wondering if a separate metric version of SketchUp would be more precise and less prone to the small face errors.

Probably not. The tolerance is there to deal with computer finite precision arithmetic. The threshold might be different in metric than Imperial, but it would still need to be there and at some small size would still cause the small face issues.

The threshold might be different in metric than Imperial, but it would still need to be there and at some small size would still cause the small face issues.

I do hope you are right. But rounding one millimeter to the nearest 1/1000 inch creates an about 10% error.

But rounding one millimeter to the nearest 1/1000 inch creates an about 10% error.

The values are stored internally to high precision. They are not rounded to 1/1000 inch. This can easily be confirmed with simple Ruby test scripts.

The 1/1000 inch tolerance comes up when, during its cleanup of newly added data, SketchUp tries to determine whether new points were meant to coincide with others. Due to finite precision computer arithmetic, such a comparison must not be made exactly, it must be to within a tolerance. For example, on a computer 3 * (1/3) will usually evaluate to 0.999999999…, not to 1.0, despite the fact that a user would expect an exact match. Many locations in SketchUp have to be calculated and therefore hit this effect. For example, intersections, vertices of circles and arcs. The little errors accumulate and eventually would cause model errors of a grander type. But when SketchUp tries to fix things by replacing two distinct vertices with one, that can break the closure of a small face, causing it to vanish.

The reason that scaling up and then down works is that no new data is created, so the cleanup is not triggered. Said another way, it is safe to assume that two points that were distinct at the enlarged scale should still be distinct when scaled back down.

If I recall rightly, Jim Backus once explained that the value of 1/1000" was chosen as a tradeoff between ability to model large buildings correctly while capturing small things to a precision that architects would accept. The same would be necessary in metric, so all that would change is using something like 0.0254 mm instead of 0.001 inch (you could use .01mm but that really wouldn’t change the issue).

What users who understand all this have long requested is ability to choose the comparison tolerance so that if they know they are working on something 10mm across, they won’t hit errors with features that aren’t all that small compared to what they are modeling.

I have no access to SketchUp source code so this is just a guess, but I suspect that the threshold is so entangled with the internal workings of SketchUp that making it a user configurable preference would require a massive recoding and testing effort. Since the scale up/scale down technique works, the developers conclude there are other more pressing issues they should deal with first.

Hi everyone,
First i wish you all a good and healthy 2022

Thanks all for your input on this topic.
I believe we have accepted bugs in Sketchup and learn to live with it.
Afterwards cleaning errors like 7 faces in a triangle with a supertool is fine, but must not be necessary, it must not be possible.
We wait and see what the future brings . . .

Special thanks to slbaumgartner with the deeper info 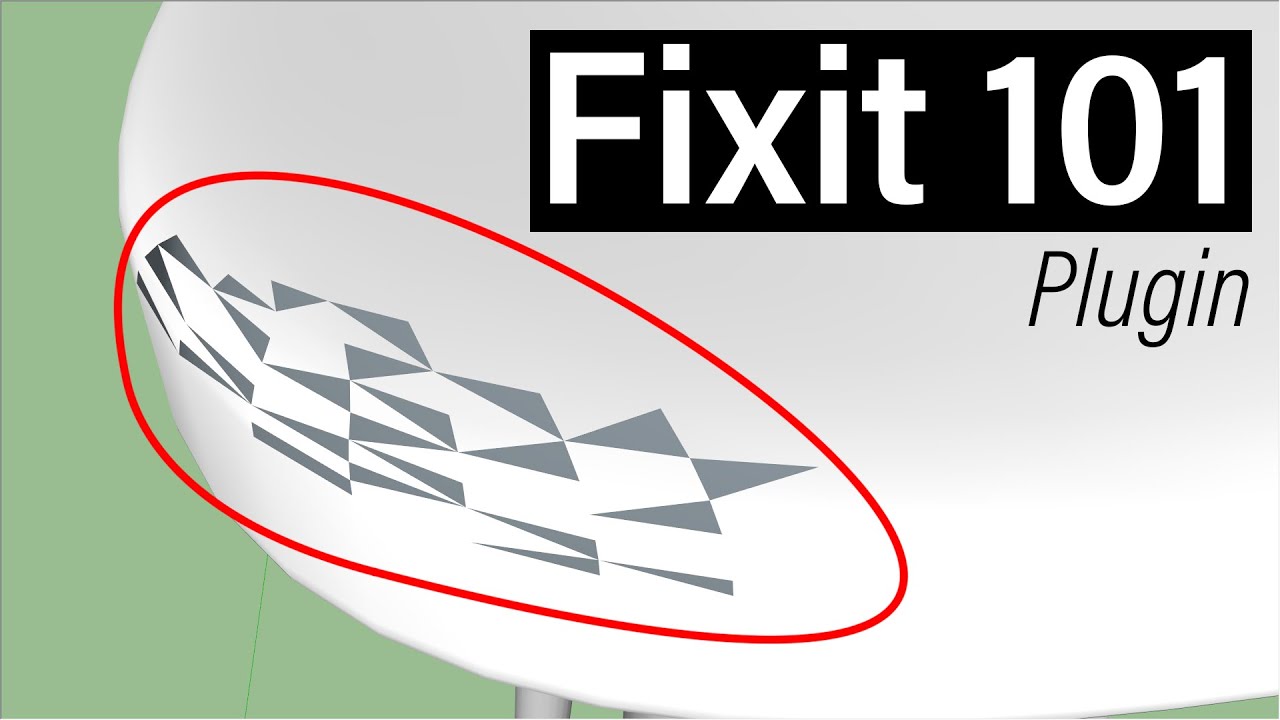 This topic was automatically closed after 186 days. New replies are no longer allowed.