So I’ve imported a DWG with 3D Solid elements and adjusted them in Sketchup. - 900+ objects (columns to make up a ground improvement project)

However, when I export back to Autocad .dwg so the designers can access it through Revit and do their checks, the 3D columns are transformed to blocks and I cannot seem to find a way to convert them back to solids…

I cannot look at your file right now - are the columns solid components in SketchUp? Components do become blocks in AutoCad exports, but a solid in SketchUp ought to transform into a solid in AutoCad, but the actual geometry would be inside a block.

I checked with solid inspector, in sketchup, you have a problem indeed :
the white columns appears as solid, but the blue and green one have a couple of holes on top. Since they are all different components, it would take a day to fix by hand.

I guess it could be a starting point, finding out why 6/7 of them aren’t imported as solid 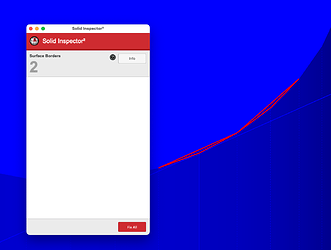 Thing is, none of the columns are carried across as solids. - even the white cylinders are showing as blocks…

I’ve just done a test. Drawn a cylinder in SU, made it a solid group. Export as dwg, open in AC and it’s a block.

So problem 1 is that they never arrived in SketchUp as solids there are holes in the top of every single colum - exporting back out means they will leave as not solids also.

However, if you are drawing something inside of SketchUp and it’s not reaching autocad as you would like, then perhaps try using a different version of DWG?
I think by default Sketchup will use the release 14 version of DWG (from 1997) you can bring it up as far as the 2018 versions. 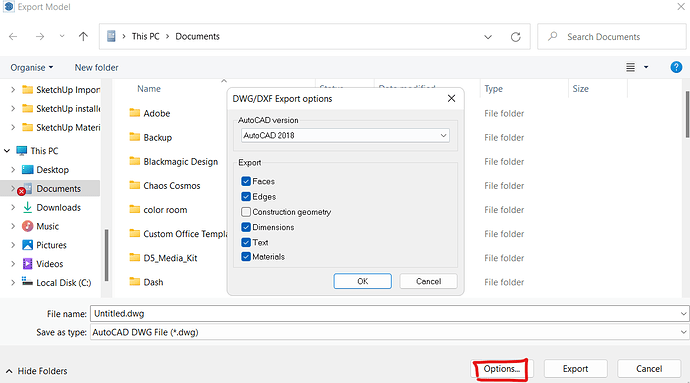 I’d also try using something that isn’t DWG - IFC might be more suitable if you want to go back to Revit.

It also depends on what changes you want to make, but…

I don’t know what happens when you explode a block in AutoCad that started as a SketchUp solid component. I think you should get an AutoCad solid but I haven’t got AutoCad to test.

Testing…
A 3D model (simple cube) from SU Pro 2022 exported to dwg comes in not as a block but as a cube with polyface meshes as sides. Not as a block either but cube was not grouped in SU. 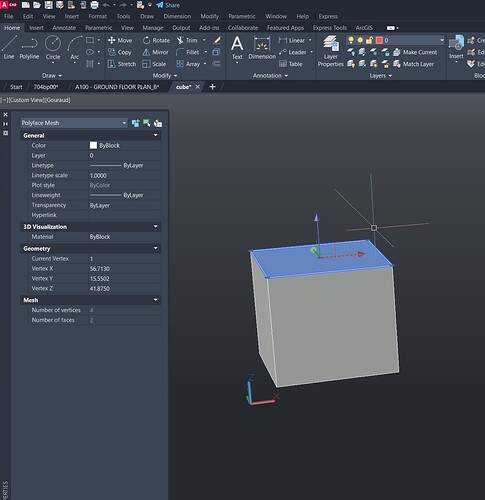 Same cube in SU saved as a native SU file comes in as a block in AutoCAD when I use AutoDesk SU Import utility. If it is exploded it becomes a mesh cube.

Thanks all for the replies…

I ended up re-drawing the columns as cylinders in AC… took a while, but deadlines were rapidly approaching. I will have a play with some of the response processes though. Thanks, as ever…