Is there Sketchup software, for windows10 64-bit, for desktops ? The reason I ask is that…doing Sketchup online is VERY linited. You can ONLY model indivi dual objects. Not scenes or rooms.
Gary Stanullwich

You can ONLY model indivi dual objects. Not scenes or rooms.

Where did you get that idea? It isn’t correct at all.

Everything in this model could be created in the free web version. 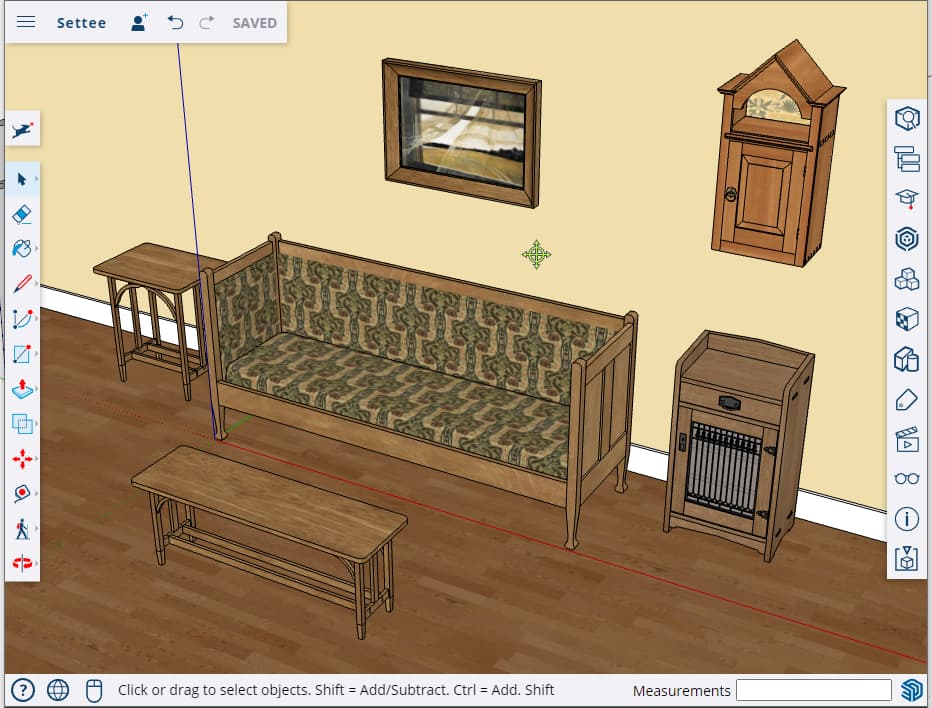 For desktop the only current option is SketchUp Pro.

YEAH…but you’re limited to using the 'online library". Instead of being able to create your own objects.
I rest my case.
Gary Stanullwich

but you’re limited to using the 'online library". Instead of being able to create your own objects.

No! You’re not limited to using an “online library” with the web based version. I don’t use the 3D Warehouse for any of my models. I create all of my own components. I don’t know where you’re getting your information but you are totally wrong.

FYI, I edited the topic title to replace “Edsktop” with “Desktop”. As @DaveR wrote, the web-based versions of SketchUp are very similar in capabilities to the desktop versions, with the major difference that the web versions do not support extensions. The web versions can create geometry from scratch (edges, circles, arcs etc.) with the same native tools (push-pull, follow-me, etc.).