Hello all, I just downloaded the shape bender extension today and was excited to start using, however I’m running into issues already haha! I’m trying to bend a 3d chair back structure and its warping my model into strange shapes. I have watched a couple videos on this extension and how to use properly, followed the 3 simple steps, and its not working.

It will work, I would move the arc and the straight edge closer together as their relative position effects the shape. The arrow keys also allow you to change the way the shape will be produced. I seems the green preview geometry isn’t appearing, might be an issue with your model or with shapebender and the latest SU update.

But having said all that I would use Truebend for a shape like that.

After the Shape Bend completes it names the result Shape Bender Component which is also a single level component, so your nesting was removed. 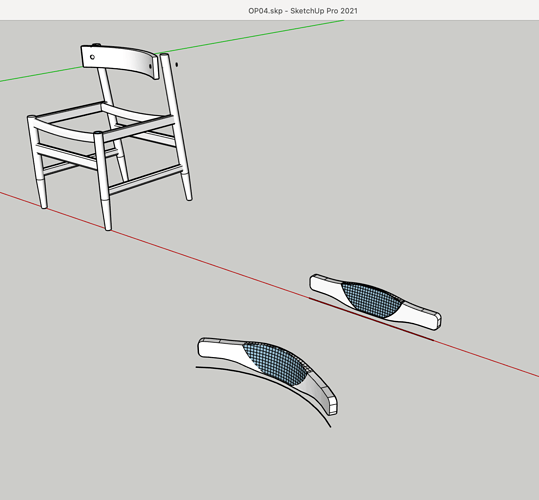 Shape Bender needs the straight line on the red axis 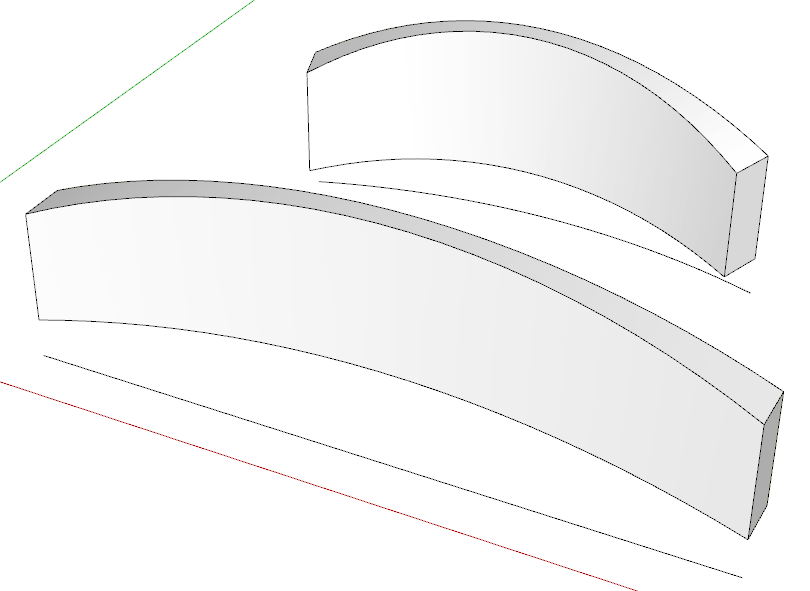 And here’s an example of how the relationship between the straight and the curve can change the shape. 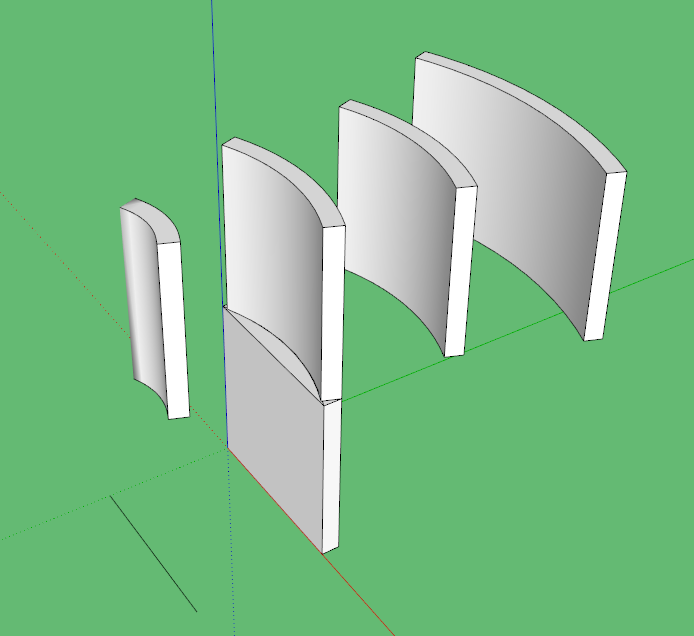 But there is some issue with the model as the green preview doesn’t appear. At least not on version I downloaded and I checked with a fresh model and it does appear.

Edit, found the problem, the green preview doesn’t seem to appear because the shape is in front of the edge. Move the shape over or in line with the front edge and it shows up, so you can see that down arrow fixes it.

Thanks for everyones solutions, I actually got too frustrated trying to make shape bender work, I downloaded another extension called true bend and I was able to achieve the bend I was hoping for. I will try your suggestions to make shape bender and option for the future. Thanks again!

You mean the one I showed in the very first reply to your question.

Yes exactly, I didn’t notice anyone had replied to this thread until just recently. thanks!

Upload the .skp file. From your screen show it looks like you haven’t set things up correctly but it’s hard to tell.

Is this what you want to achieve? Note what it says in the bottom status bar when using tools, there is usually extra information there, In this case it tells you to use the arrow keys.

I am having an issue with using Chris Fulmer’s Shape Bender plugin. I have used it successfully in the past but its been awhile, so perhaps I forgot something basic.
In the attached skp file I have a straight line, a simple component centered and above it and the desired bending curve. When I select the component, then invoke the Shape Bender plugin, I can not select the straight line no matter how many time I try to click on it. Please help - thanks.
CF Shape bender test.skp (20.9 KB)

Try redrawing the straight edge. Not sure why it isn’t being recognized but when I drew a new one the extension workd as expected.

Generally better to do your modeling in Perspective and save Parallel Projection for output.

Dave,
Thanks so much. While you replied I redrew the straight line and got it to work. I feel like I cried wolf here. I tried deleting the post but it woudnt let me delete all and save it. What is the process for removing a post ?

You need someone with the stick of power to strike it from the thread. They won’t let me even touch that stick, though.

Thanks for taking the time anyway. Even without the “stick of power” I recall modifying a post before but maybe not delete in entirety. And yes, I will try to stay with perspective even so I sometimes stray into Parallel Projection view

Is CF Shape Bender able to bend a nested component ?
I have a curved frame and panel door that consists of five parts: two curved stiles components, two curved rail components and a curved raised panel. Now that you resolved the previous issue, I tried it with this curved door and its not bending to my desired curve. Maybe explode and bend each component separately is the better way to go ?