Several questions about using photos from a newbie

Hi, I am not a total newbie as I did use SketchUp about eight to ten years ago. I measured and recreated my house but never got past basic stuff.

I have done a search both here and google but to no avail. I want to model a mobile home park my employer owns. He also owns two houses in some a joining property. I know how to use google earth and google maps to import the terrain I need.

Along the same thought, can I make models and photos the same scale so that if I know the distance between two sheds I can find the size and distance of other things in the photo?

Thank you in advance

edited for grammar and spelling

You might be able to do that. Exactly how depends a great deal on the photograph. It might be possible to use Match Photo if there are good lines running off to two vanishing points on the horizon. Another possible option would be to import the image as an image, scale it as needed so the shed is the proper height and then use the photo to pick other dimensions. This works better if the photo is taken at enough of a distance that you don’t have an apparent vanishing point in the sky. Usually, too, it will only work for dimensions in one direction unless you’ve made the photograph from a straight on view.

I use this latter method frequently for making models of antique furniture but it’s usually easier to get those straight on views. Still, it might be a useful method for you with the right photos.

As DavidR said, it’s possible - I do it all the time. However, don’t rely on the ‘taken off’ sizes to be as accurate as sizes taken by someone who is/was physically there.
(Camera lenses bend images, so what looks straight and parallel might not be. Builders normally work within tolerances that might seem “near enough” to them, but when you try and model things, you find that no angle is true and no wall is straight. Ground slopes and roads are never flat… on the flip side, tape measures sag in the middle, people sometimes round up and sometimes round down when reading off a size, the end of a tape might not be hard to a point,… you are modeling a perfect image from an imperfect world.)

Thank you both for the tips. I tried what DavidR suggested and it worked great for my needs. Only did one tree and one light poll but it is a start. That will give me what I need. For most everything I get the straight on views. I used your method and took a picture of the shed and a trailer in the background, when I was finished I did measure the height of the trailer and was within 4" so the is very tolerable I would not have thought about the straight on view being the best. I was taking all my pictures from the corner to get two sides. Thank you

Gadget2020, I really don’t need to be exact on the heights. The ones I do I will make sure I get a measurement. Light polls I am hoping to get within a foot or so. They have lights on them and want to use to see shadows and things. Trees I am just hoping for a couple of feet. I appreciate the cliches to watch out for. Thank you

As I said, I often use images as references to get dimensions for SketchUp model. Rarely are they usable Match Photo but that doesn’t matter. They can be 3/4 views and be usable as I describe if you have a few basic dimensions. I mostly draw furniture and make models of antiques from photos just for practice. This desk and the dresser were done that way. 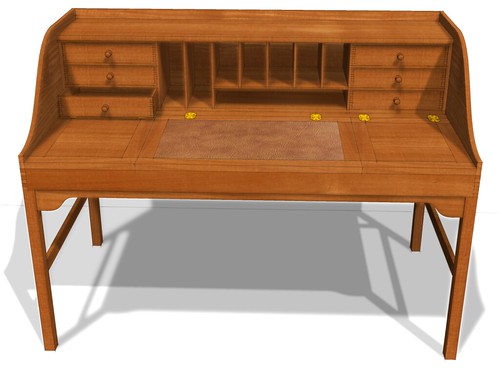 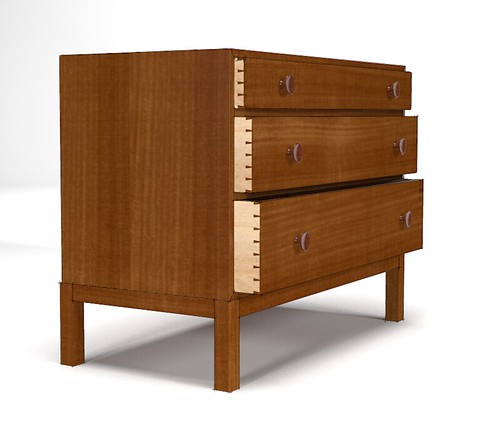 I don’t trace the image. I just set it up in the background and pick dimensions from it.