Renderers for SU on iPad?

I’m loving being able to use SU on my iPad.

Are there any apps that will allow me to do photorealistic rendering (or close) on my iPad as well so I can do everything there?

As far as I can tell they’re mostly still in beta. Which means they’re coming! Which is exciting.

I’ve tried Cadmio… I t has promise, but I don’t want to buy any subs for render until I become a more disciplined SketchUp modeler especially when it comes to model organization.
There’s Prisma3D which is in beta,
There’s procreate which currently has a programming error on the procreate side (there’s tickets in procreate for that error)
There’s nomad, but that’s mostly 3D sculpting in it’s own right. I Haven’t had time to dip into Nomad very far so I don’t know it’s material capabilities.
On that note, there are actually several 3D sculpt apps (but that’s tangent to the topic) - Nomad, putty3D,f forger3D

I really can’t recommend anything specific, but I think we’re on the brink of a getting a cascade of useable ones.

Hi. Thanks for your reply. I may be getting this wrong, but I don’t see that the apps you mentioned do rendering from SU for iPad files.

I looked at Cadmio, but it only imports step and stl files, which SU for iPad doesn’t export.

I also looked at Prisma 3D, but it seems to only be about filters.

It’s good to know that some good apps may be on the way.

I get the stl files by uploading to trimble and using either the free or pro accounts to save as stl for cadmio or usdz for Procreate. I believe, however, that stl files export is happening in a future update, as well as the usdz files that procreate takes.

It’s true though, that a lot of this is still working out the kinks.

Good to know. Thanks!

I’ll try that. It may be just a temporary solution until something better comes along, but at least it’s something.

Can you please tell me how to export SU files to stl format? I tried to do this from SU for Web, but I don’t see stl among the choices. I’m attaching a screenshot.
Thanks! 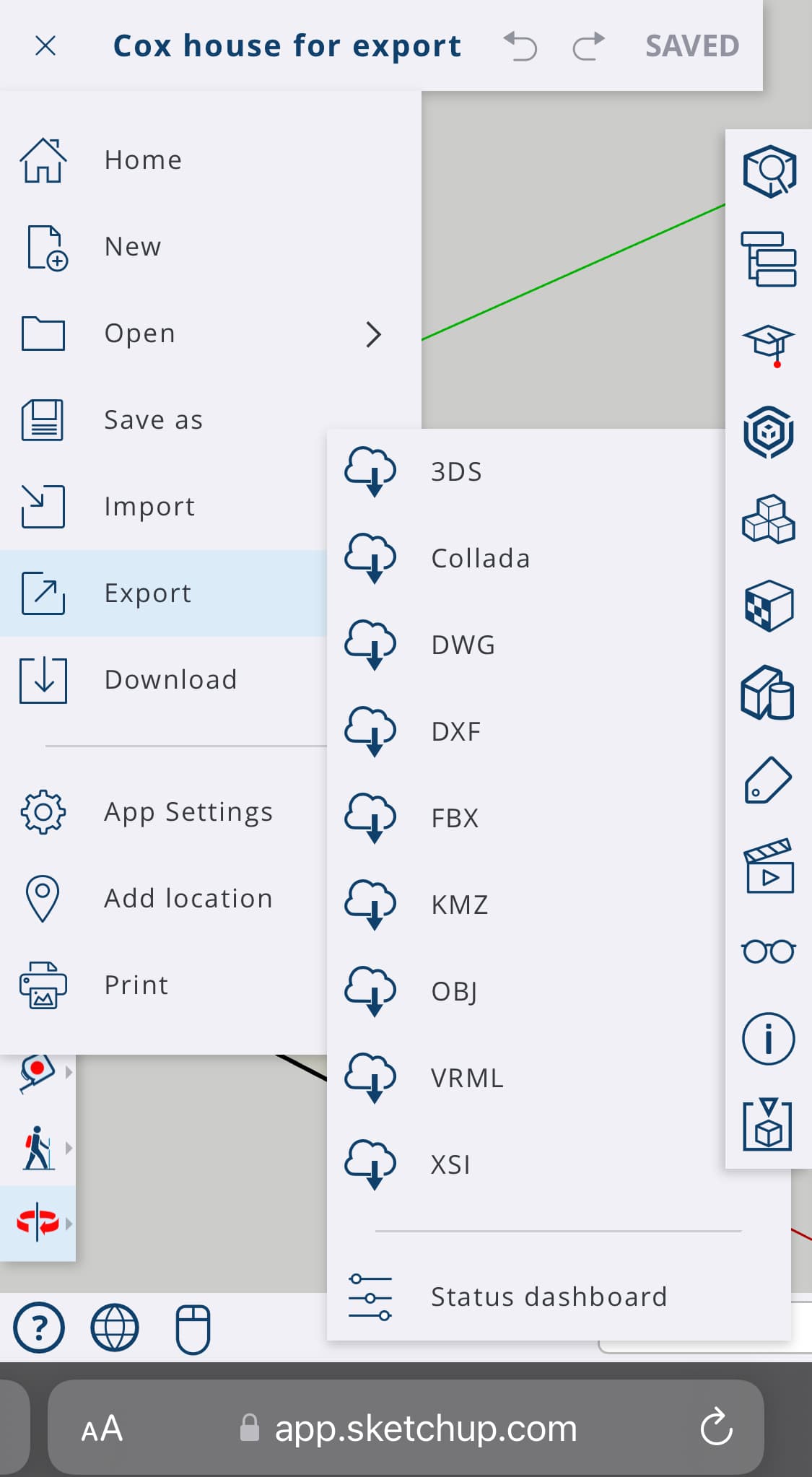