Hi,
In Grasshopper as well as in Dynamo, there is a node that visualizes the data that is sent by another node. (Panel / Grasshopper | Watch / Dynamo)
Is such a feature in development? It would be very helpful in understanding and debugging the scripts.

A similar node also exist in Cinema 4D xpresso, they call it a result node. I agree that it would be a useful addition! I use it all the time in xpresso.

This already exists. Just add a “result” node and make sure it’s not editable (a number node in my example with the result as the value input). See image. I actually like how the values are shown in the parameters, because then we can have a calculated value shown to the user, even if that value doesn’t do anything to the geometry.

Sorry, my example was not well chosen.
This node could be able to display the output content, a list of numbers, vectors, planes, geometry, whatever, not just the result of a simple mathematical operation. 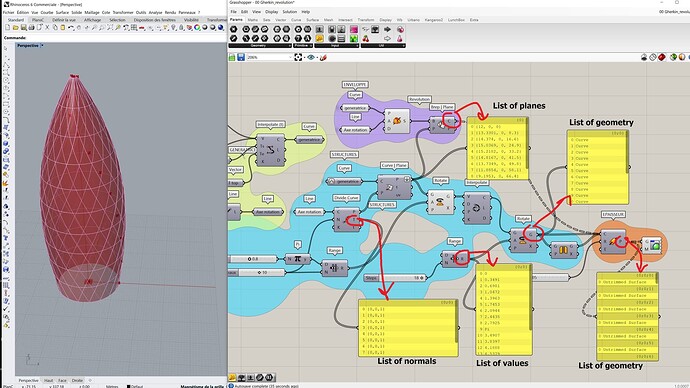 Visualizing output/data in the graph is definitely, something that is on the to-do list!