I’ve just discovered that I can manually color individual edges of a drawing but it’s very tedious to do this line by line. Is there a way to create a material that has, for example, a white fill with red edges? I want to be able to do this to call out specific parts of a drawing. 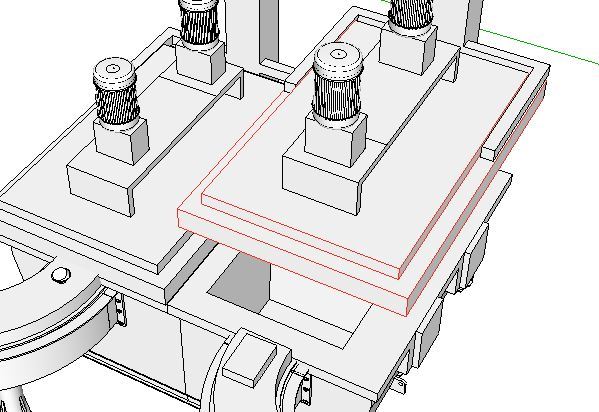 Why not select all the edges together and paint them red? You could do this by either switching to wire-frame view and selecting them without selecting the face (which you could have already coloured white.) Or you could triple-click the component to select all of it…faces and edges…and colour it all red, then hide the edges in the Styles dialog and paint the faces white.

Is there a way to create a material that has, for example, a white fill with red edges?

Well, you could do this IF you make the material exactly the same size as the face you’re painting. It wouldn’t actually color the edges, however. It would just be a white region surrounded by a red line. Not a very practical way to do it, though. Alan’s suggestion is a good one. Alternatively, you could switch to Wireframe, select all the edges and paint them without painting the faces. 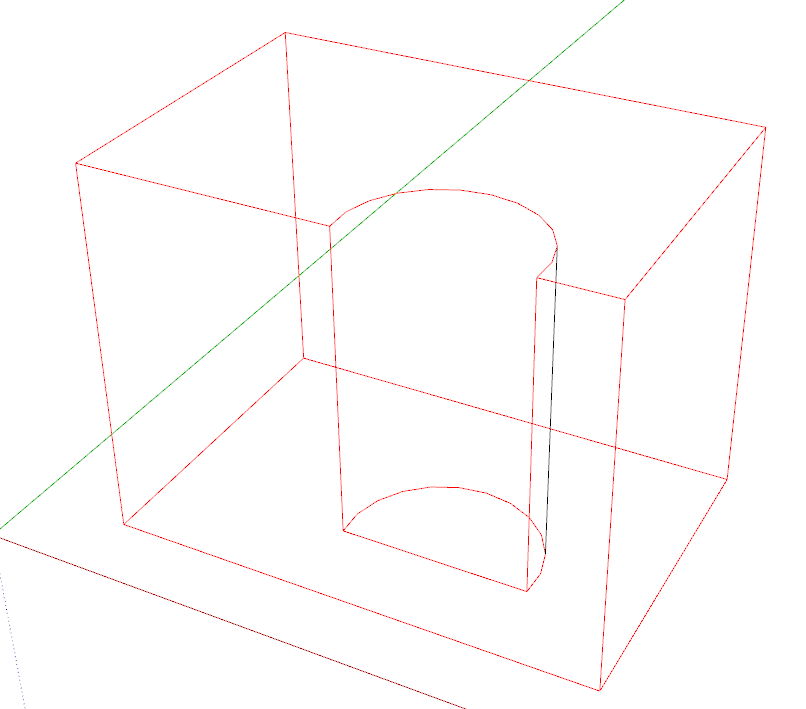 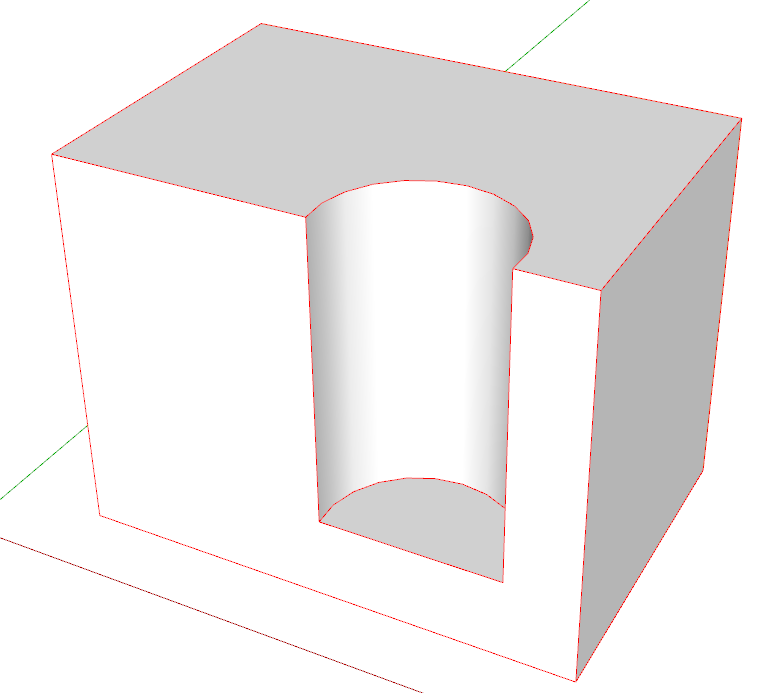 Thanks for the work-around suggestions. I’ll give these a try and keep digging.
The challenge is that I come from a Graphic Design and Illustration background where I’m used to being able to adjust stroke and fill independently in programs like Illustrator and Photoshop. I’m using SU Pro to create animated videos because it’s easy and inexpensive but I guess you get what you pay for. Looks like I’m going to have to learn to use Inventor or Blender, like it or not.

The options we gave you aren’t really work arounds. Remember, SketchUp is a surface modeler. The edges are really there just to define the limits of faces. It’s not at all like Illustrator or PS. SketchUp does what it was designed to do very well.

Can you change the colour of the edges using different styles? As in can you make red (for example) pencil edges?

Can you change the colour of the edges using different styles?

I guess you could have a custom red ‘hidden edges’ style, that you make your model in and then import that … oh… no, you couldn’t. Same issue.

Right you are, Ian. Basically anything you do as a style setting affects everything in the model. You might be able to use different styles for different image exports and combine them. I’ve done that from time to time when I want different line styles for different parts. It’s generally easy enough to do but can’t be done in one image straight from SU.

This was done by combining two different sketchy line styles. they could have been different colors instead. 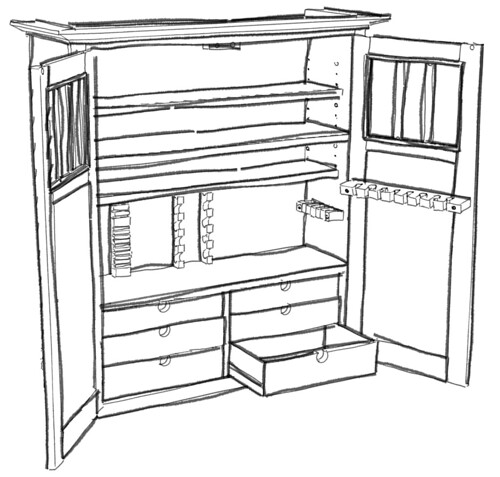 Having grown up using the Adobe gear, I can relate to you CJWhitsett. For me the ability to change the colour and stroke of some lines would be spiffing. But I think, if Sketchp did EVERYTHING, it might become rather cumbersome. I’ve never typed that word before… It looks weird.

But I think, if Sketchp did EVERYTHING, it might become rather cumbersome.

All that perfect, accurate line work and you made it all wobbly![quote=“DaveR, post:9, topic:31774”]
This was done by combining two different sketchy line styles. they could have been different colors instead.
[/quote]

(I use wobbly lines all the time…)

I use them frequently, too. Here’s another one with two styles combined. 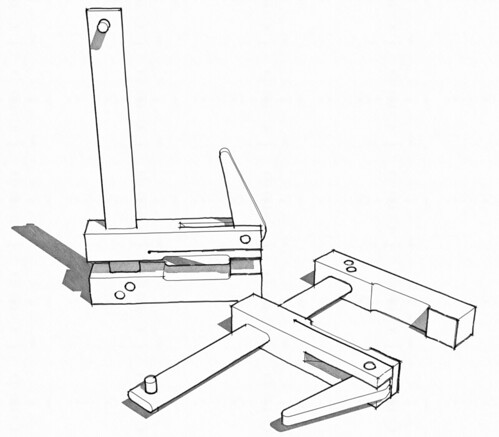 Sorry DaveR, I didn’t mean to touch a nerve there. I love using SU and agree that it’s really great at doing what it was designed for. What I’m trying to do is make it do things it wasn’t designed for. So for that I have no criticism.

Here’s another one with two styles combined.

I didn’t mean to touch a nerve there.

No nerve touched. Not to worry.

Is there a way to create a material that has, for example, a white fill with red edges?

If all the faces will be the same white, then you can use groups and paint the groups with the whatever edge color you wish, and then apply (edit) the style so that edges are “by material” and faces render “as all the same” (aka Monochrome.) The faces will then be shown as the default front face color (which you can change to whatever you wish.) You group anything that you wish to apply edge material to, and paint the groups, so that the edges show the group material.